This summer may prove to be one of the most important in Tottenham Hotspur's recent history. Quite simply, the club can't afford to get their transfer dealings wrong for the second summer in succession.

If they do, there is a chance Mauricio Pochettino's young and vibrant Spurs will be left behind. Modern football is a squad game and that is something the Argentine doesn't truly possess.

Manchester City have already spent big to sign Bernardo Silva. Manchester United will, again, splash serious cash while Chelsea and Liverpool plan to strengthen ahead of their returns to the Champions League.

Even Arsenal, should Arsene Wenger stay, are planning to flex their financial muscles in a bid to make it back into the top four next season.

So Tottenham chairman Daniel Levy must loosen the purse strings and allow Pochettino to secure the signings he believes can take Tottenham to the title next season, in addition to competing in Europe. 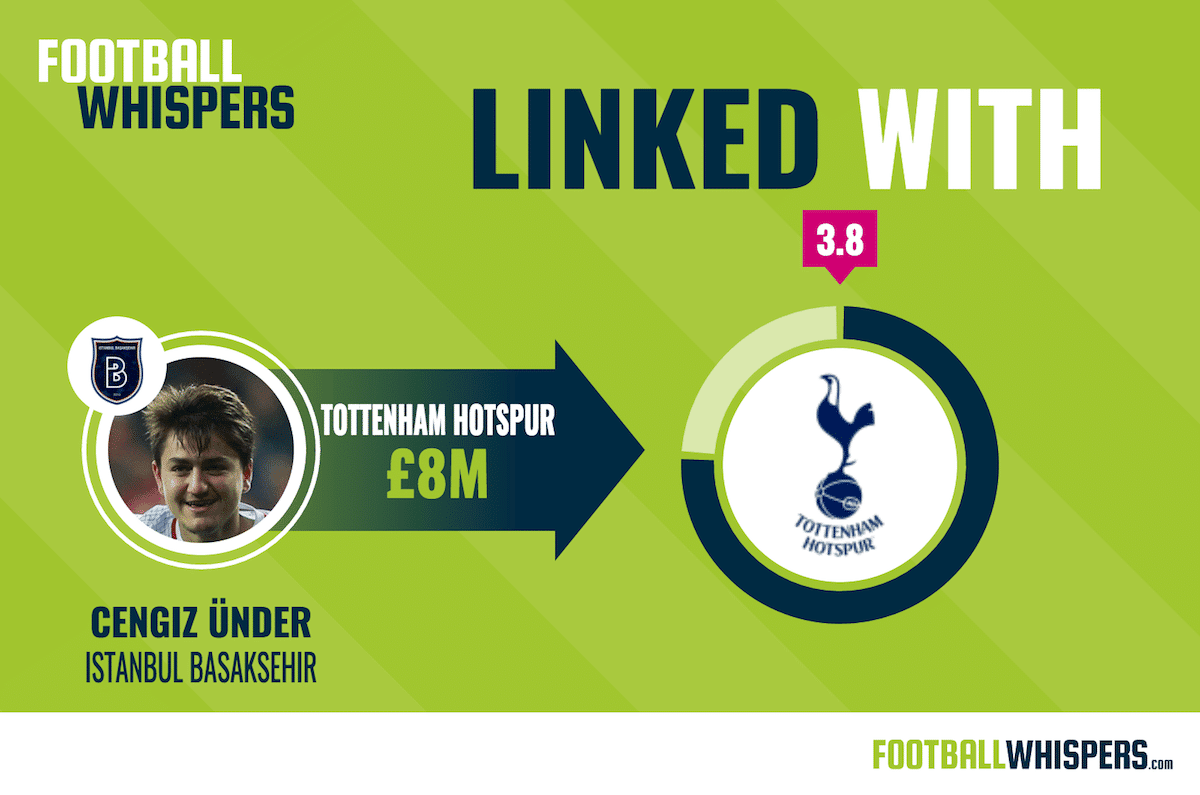 The first name on the Argentine's hit-list is seemingly Turkish youngster Cengiz Ünder.

According to Radyospor, an £8million deal is in place for the 19-year-old who has helped unfancied İstanbul Başakşehir climb to second in the Süper Lig this season and reach the Turkish Cup final.

While the club's president is denying a deal has yet to be struck, there is no smoke without fire.

So what could he bring to Tottenham next season? Is he ready for the first-team? Or will he be a player who adds crucial depth to the Spurs squad? We've taken an in-depth look at the youngster who has been dubbed the ‘Turkish Dybala'.

The Rise Of Cengiz Ünder

It was only four years ago that the forward joined Altinordu, a second division team based in the city of İzmir on the west coast of Turkey.

They are a club few outside of the country are likely to know much about but their ambition and philosophy is undoubtedly benefitting Turkish football.

Altinordu have invested heavily in recent years in their youth infrastructure and they now possess one of the best academies in Turkey – one that is regularly visited by scouts from several of Europe's elite sides.

Their long-term ambition is to have a squad consisting only of players from their youth system and, as a result, have no foreign players in their side.

In terms of a finishing school, Ünder, who had previously played for Bucaspor, couldn't have been better placed. He spent a year honing his craft before breaking into the first-team during the 2014/15 campaign.

He quickly impressed for Altinordu, scoring five goals and adding five assists in his 26 appearances across all competitions.

The following campaign he added six goals and four assists in 32 games. While his stock in Turkey was rising, Ünder, in a translated interview with Fanatik in November 2015, demonstrated he has a wise head on young shoulders.

The then 18-year-old said: “I'm at an early age and I am aware that players at my age can quickly go missing. I am at the very beginning of my road.

“I need to work hard to play at good places. In order to do that I need to keep my goals focused [and] always work hard.”

Last summer Ünder made the first big move of his career, leaving Altinordu for İstanbul Başakşehir in a transfer worth £600,000. It proved to be one of the bargains of the season.

The youngster has thrived under the guidance of coach Abdullah Avcı. He has struck nine goals and added seven assists in 41 appearances as Başakşehir mounted a surprise title charge.

Ünder's form resulted in a first call-up to the Turkey squad last November, and he made his debut as a substitute in a World Cup qualifier win over Kosovo. His first start for his country came in March against Moldova. He marked it with a stunning goal.

Cengiz Under with a ? for Turkey against Moldova last night ?? pic.twitter.com/biSj3XzrMZ

It was a strike that only underlined Ünder's growing reputation and one of Turkey's most revered players, Emre Belözoğlu, who is captain at İstanbul Başakşehir, believes the 19-year-old is capable of shining among European football's elite.

He told UEFA.com: “I see Cengiz being one step ahead of other players due to his playing style and outlook on life. Praise should go to his former club Altınordu for this.

“He is one of the leading talents in Turkish football. He needs to make himself stronger physically and then set a target of moving to a bigger Turkish or European club.”

What Would Ünder Offer Spurs

There is little doubt Ünder, should he complete a move to Tottenham, would have to bide his time to make a claim for a place in the starting XI.

He isn't going to walk straight into a Spurs side that contains the likes of Harry Kane, Dele Alli, Son Heung-min and Christian Eriksen. But the Turkey international's versatility gives him a chance of catching Pochettino's eye when given a chance.

He predominately has played on the left but often drifts infield. However, as the below stills show, when Ünder comes inside he is willing to utilise his pace to run behind defences. 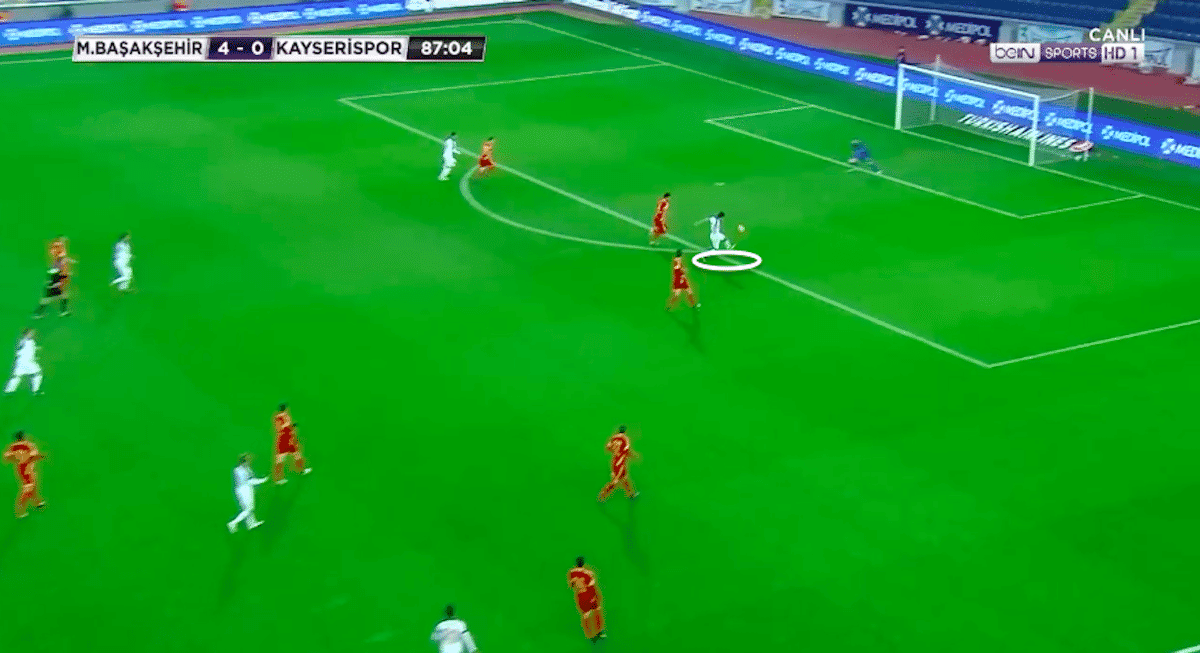 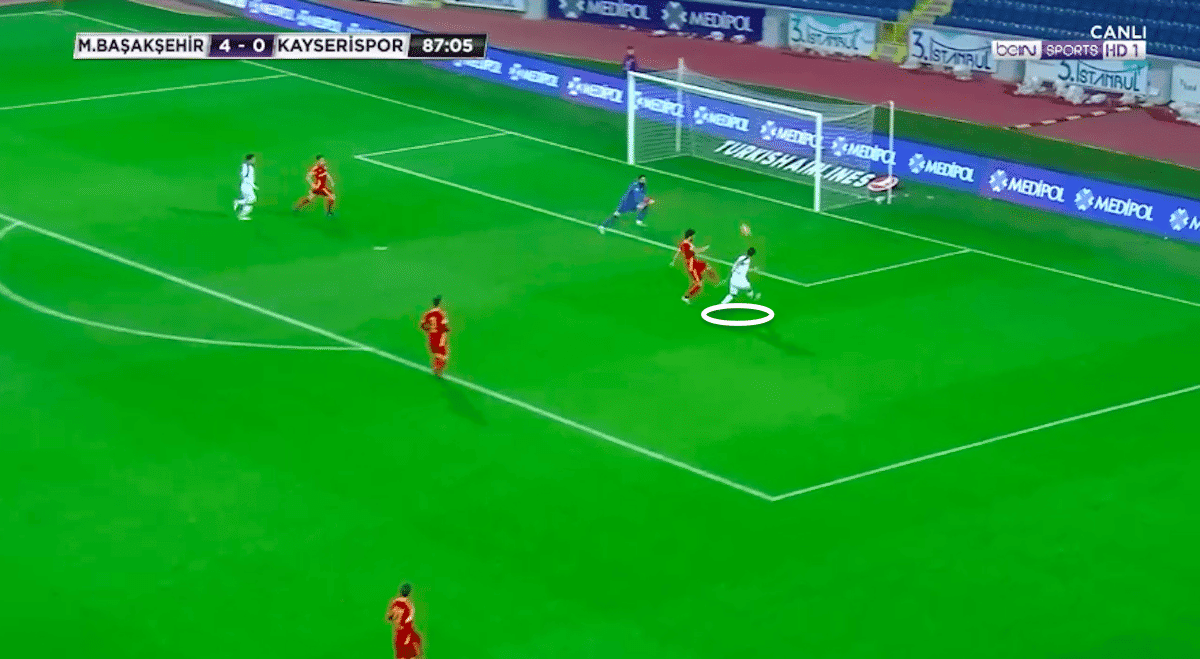 Ünder is also capable of playing on the right flank and can also be used in central areas – he has linked up well with former Tottenham striker Emmanuel Adebayor this season, who has been leading the Başakşehir attack.

While he is naturally left footed, Ünder is confident using either foot – something that is an increasing rarity among modern day footballers – and that, coupled with his pace and intelligence with the ball, is a dangerous combination.

If Spurs can get the deal done then there is little doubt that Ünder, assuming he settles in London, would be an excellent addition for Tottenham. He is a young player with undoubted potential that Pochettino could mould in the same fashion as Alli.

And if he could make anything like the same impact as the English midfielder, then Spurs would have yet another young star on their hands.