With six straight Scottish Premiership titles to their name, Celtic’s domestic dominance was underlined by a 2016/17 campaign that saw them go undefeated outside of European competition to seal an exceptional treble. Their success has been attributed in part to a variety of different factors.

The argument has been made that their lofty position was aided by the decline of traditional title rivals Rangers. Others have suggested that their financial advantage has enabled them to cherry-pick the finest talent from other Scottish clubs, reinforcing their status.

However, in truth their transfer policy has been the most significant aspect underlying their consecutive league wins.

In the past six years, they have signed just five players from other domestic sides, they being Stuart Armstrong, Gary Mackay-Steven and Nadir Çiftçi from Dundee United, Scott Allan from Hibernian and Ryan Christie from Inverness Caledonian Thistle.

Admittedly, only two of their six titles have come with Rangers present in the top tier, but the notion Celtic have simply outspent the competition is also slightly off. Indeed, they made a net profit in the transfer market in four out of the past six seasons.

According to the figures compiled by Transfermarkt.co.uk, they made net losses in the transfer market of £1.89million and £5.02million in 2011/12 and 2016/17 respectively.

In total, Celtic have made a net gain of £21.23million in the same six-year period that has seen them establish themselves as the dominant force in Scottish football.

This ability to find value in the transfer market has been fundamental to maintaining their position. Here are eight signings that exemplify their astute scouting and recruitment.

Armstrong arrived at Celtic in early 2015 as part of a £2million double-deal that saw Mackay-Steven join him in leaving Dundee United for Parkhead. Since then the creative midfielder has experienced a gradual rise that saw him finally showcase his very best form in 2016/17.

Technically gifted, inventive and confident on the ball, the 25-year-old’s performances led to an international debut for Scotland. And national team boss Gordon Strachan described the player’s display on that occasion as “the best Scotland debut I’ve ever seen.”

Having broken out in the English Championship with Fulham, Dembélé left for Celtic last summer. The Scottish champions paid a £500,000 development fee to secure the striker’s signature, but he has since been persistently linked to Chelsea and other major European clubs.

The 20-year-old Frenchman hit 32 goals in 48 games across all competitions last term, and rumours suggest that if he does leave it could be for a fee of around 60 times what Celtic paid to sign him.

After a two-year loan spell with the club, Forster joined Celtic on a permanent basis in 2012 for a fee of just over £2million. He left for Southampton two years later for over five times that amount.

During his time in Scotland, the goalkeeper’s domineering displays on Champions League nights were particularly memorable. Indeed, he was dubbed La Gran Muralla (The Great Wall) by Spanish sports daily Mundo Deportivo following his showing in a win over Barcelona. 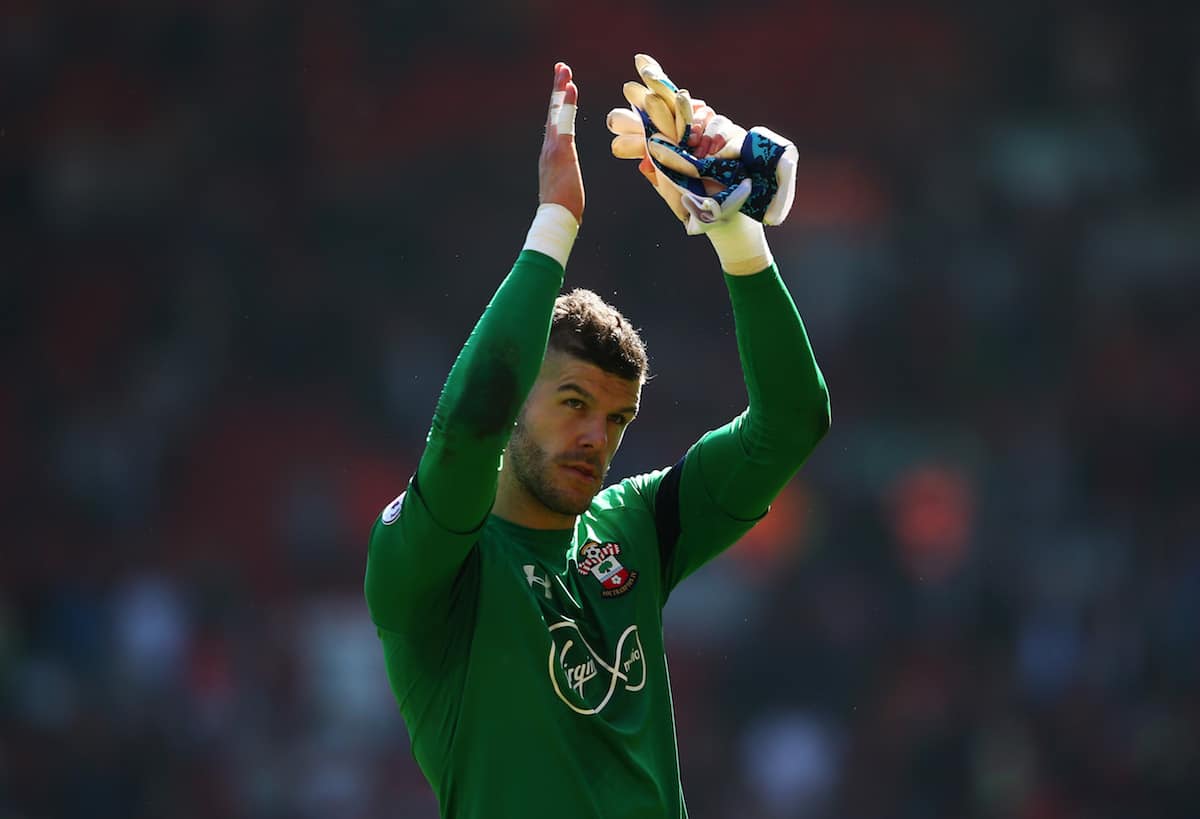 Gordon’s signing was perhaps the best example of Celtic’s perceptiveness in the transfer market. At 31 years of age, the goalkeeper had been without a club for two years and had suffered from consistent injury problems. He had spent time coaching and working as a pundit until, in the summer of 2014, the Scottish champions brought him in on a free.

With his injury problems seemingly behind him, the shot-stopper has since played 155 times for the club, succeeding Forster to nail down the No.1 spot in impressive fashion.

The Scottish striker has since found the net on a consistent basis, with his peak form coming in a 2015/16 campaign that saw him score 40 times in 51 outings. While he found his place under threat following the arrivals of Dembélé and Scott Sinclair, he remains an important attacker for Brendan Rodgers’ side.

On the same day that Virgil van Dijk’s move to Southampton was completed, Šimunović joined Celtic as the Dutchman’s replacement. And, while his beginning to life in Scotland was far from smooth, the Croatian centre-back grew into a crucial team member.

Still only 22 years of age, the rugged stopper has plenty of upside and has been reported as a Newcastle United transfer target. However, having signed for just over £6million, it would take a fee of at least £8million to facilitate a move away from Glasgow.

Perhaps the best piece of transfer activity Celtic have undertaken in recent times, van Dijk has been able to comfortably transfer his quality from Scottish Premiership to English Premier League since departing for Southampton two years ago. Indeed the Dutchman has been linked to Liverpool and Manchester City among others, with purported fees of £60million mentioned. 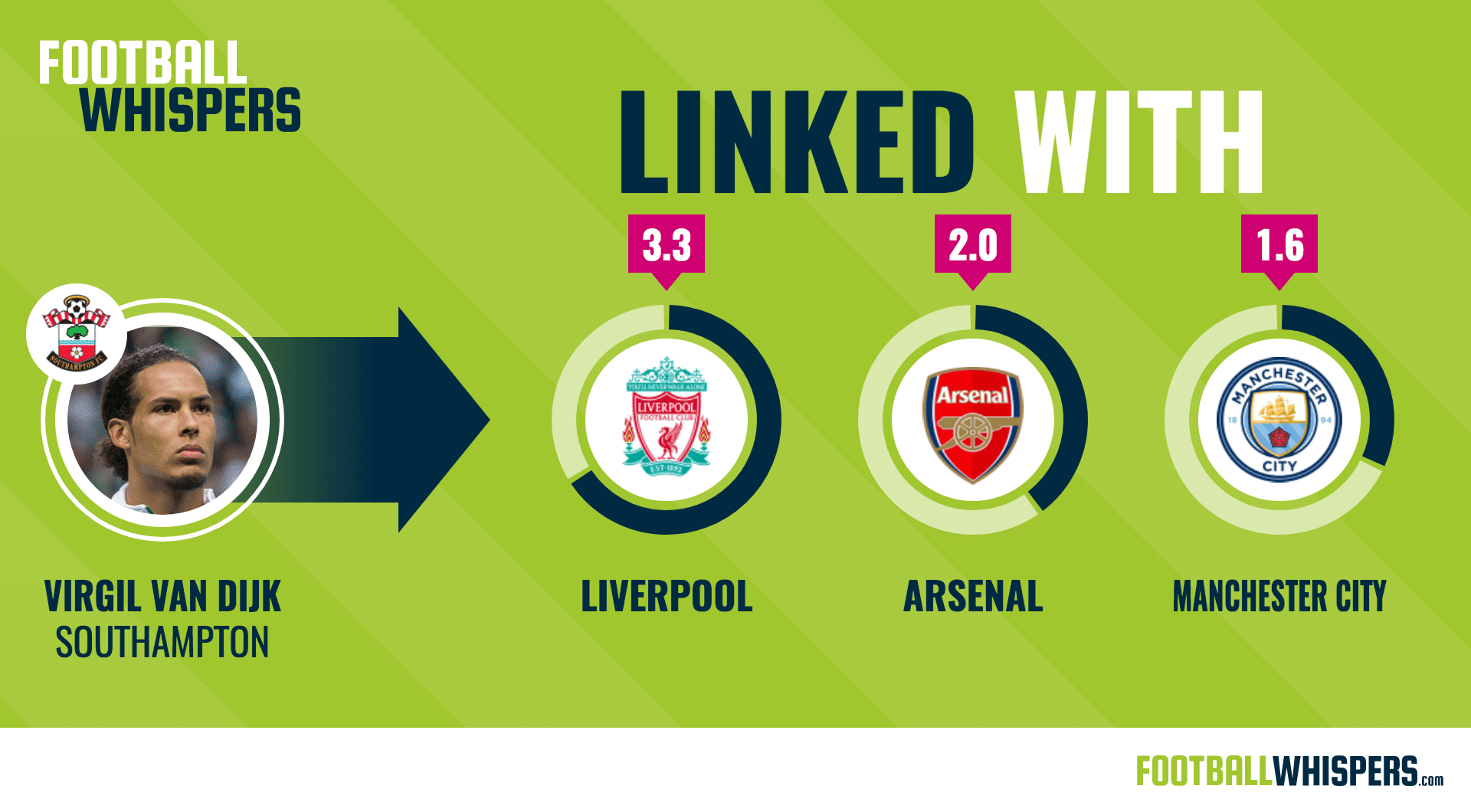 Arriving in Scotland in 2013 for £2.55million, he left two years later for over five times that amount, while in-between he evidenced commanding defensive strength, astute judgement and a refined touch few other central defenders possess.

Wanyama signed for Celtic in 2011 for a transfer fee of just under £1million, and he immediately took to the Scottish game. His aggressive, physical approach enabled him to comfortably handle the rough and tumble, while his technique also stood out enough for Southampton to come calling.

Two years after signing, the Kenyan left for a fee of around £11.3million. He went on to impose himself upon the Premier League and join Tottenham Hotspur, where he became a pivotal player in their 2016/17 title challenge.