There’s something about Scotland and full-backs; Andy Robertson, Kieran Tierney, James Tavernier. Celtic were interested in another, non-native, one in the January transfer window in Atalanta’s Timothy Castagne.

The Italian side put a £10million price tag on him to ward Brendan Rodgers off, but the Bhoys shouldn’t lose heart and should return for him in the summer.

It’s clear why they were interested in the first place. Castagne only turned 23 in December and is one of the main rotation options for a team sitting sixth in Serie A. He’s dangerous in attack and safe defensively, and even knows Scotland — he made his international debut for Belgium at Hampden Park back in September.

Although he’s mainly been played on the left-hand side this season, Castagne is naturally right-footed and is most comfortable on that side.

Still, that hasn’t stopped him from impressing when he’s got on the pitch at left-back this season. As well as nabbing two goals for himself, he’s shown value as a creative force. 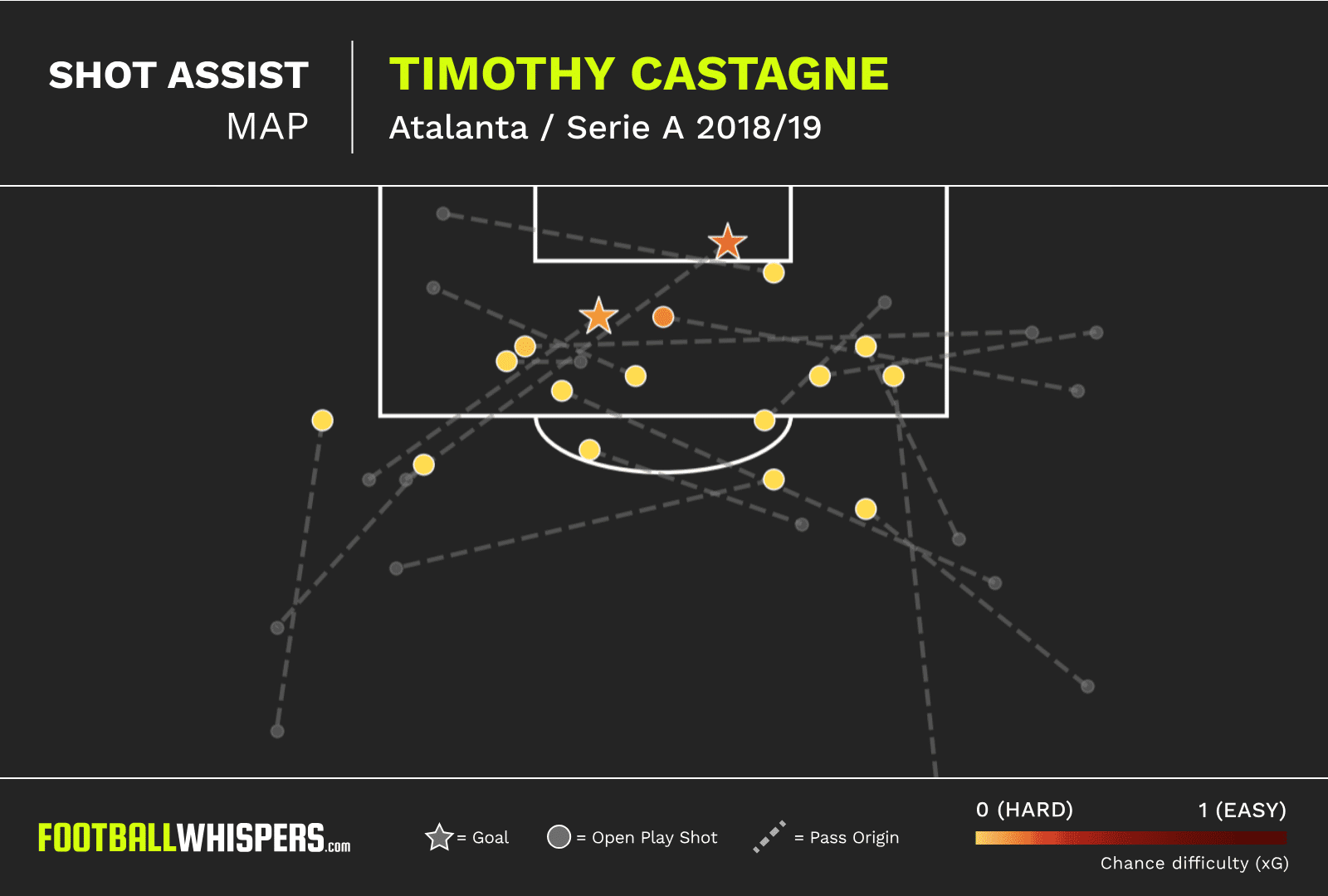 Generally, he’s at his best when he’s on the front foot. Not only is that true in an attacking sense, but his best defending comes when he’s reading a pass and sweeping forward to intercept it.

Being 23, the timing of his defensive actions are still sometimes a little off, but when he gets it right he immediately creates a chance for his team to counter and catch the opposition unawares.

Even for a wing-back, he spends a lot of his time up the field. Castagne averages 2.98 touches in the opposition box per game, and is in the top quarter of Serie A defenders for both successful take-ons and successful tackles.

There's some space to improve his game defending one-on-one, but he has the speed and commitment to recover for his own mistakes and those of his teammates.

The price tag put on his head in January may have been through fear of losing a potentially important player mid-season. With the whole summer for Atalanta to find a replacement, Celtic should be knocking on their door again come June.