When the SPFL announced the remaining fixtures for the Scottish Premiership split a few weeks ago, they sparked a strong reaction.

Hearts and Kilmarnock released public statements complaining about having to play extra away games and Celtic fans across the country rolled their eyes as their opening game of the split – and presumably the match that would capture the title – was away to Hibernian rather than at home to Rangers.

Yet football is a funny old sport and, as fate should have it, a rather humbling defeat at Easter Road last Saturday now means Brendan Rodgers’ side will have to wrap up the title this Sunday against… Rangers.

The very clash the SPFL and Police Scotland had hoped to avoid is now unavoidable. All that stands between Celtic and a 49th league title is Graeme Murty and his faltering team.

The ramifications of this game are potentially huge. Although Celtic’s seventh consecutive league title was as inevitable as anything within the world of football the image of Rodgers’ side holding aloft the Premiership trophy after thumping their cross-city rivals will be one heralded or scorned in equal measure across Glasgow for years to come. And in many ways come to define how each club stood at this specific moment in time.

Which, for the Ibrox side, is a huge problem. The underlying problems at Rangers all come back to a single source: they still care far too much about beating Celtic. Despite making a third of the turnover as their Old Firm rivals and contemplating who their fourth manager should be within the last 18 months, the powers that be at Ibrox seem to let each and every Celtic defeat drive them into something of a frenzy.

Murty and his side were doing perfectly well before these two sides last met in the league. Rangers were five points ahead of third-placed Aberdeen and just six points off Celtic – far less than the 39 they finished behind them last season – and Murty’s squad were firing on all cylinders. Then Celtic edged a 3-2 win at Ibrox.

A pragmatic approach to such a defeat would have been to accept the better luck and superior resources on hand for Rodgers’ team and move on to securing second place. Yet instead, Murty’s team fell apart. A 1-0 defeat to Kilmarnock came next, followed by a 2-2 draw with Motherwell and then once Rangers had finally got another win under their belt with a 4-0 victory over Dundee the club’s chairman, Dave King, threw his manager under the bus.

In a statement on the Rangers website just days before the Scottish Cup semi-final against Celtic the Ibrox chief said: “Whoever is appointed must be able to meet the unique challenges of managing Rangers and ensuring immediate success.” Noting, with considerable effect, that Murty would be replaced at the end of the season.

As such, the performance Rangers produced against Celtic in the proceeding Old Firm clash was one of tepid, resigned defeat. Unlike the game at Ibrox that had seen Rangers go ahead twice and come close to equaling their rivals, Murty’s side were thumped 4-0. A defensive formation, designed for damage limitation, was preferred to the usual gung-ho approach and it failed spectacularly. 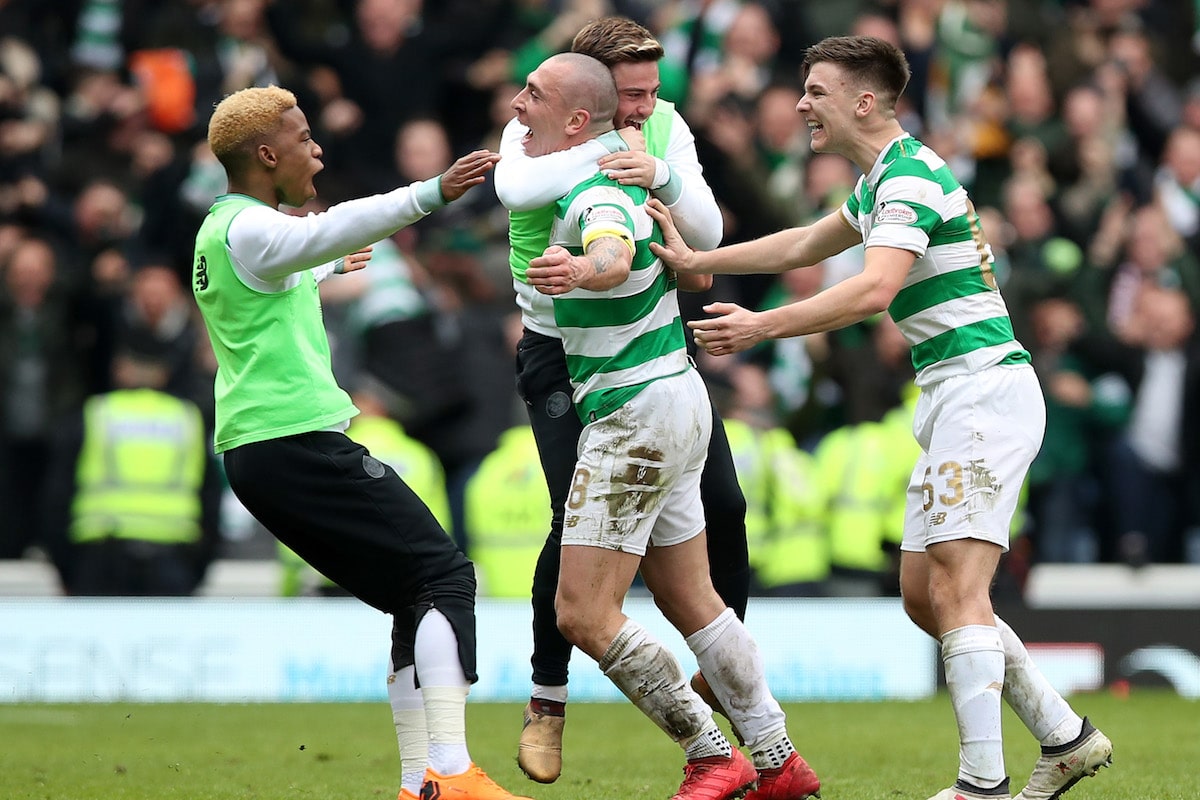 On Sunday we’re likely to see more of the same. Despite Celtic’s underwhelming performance against Hibs last weekend, Rodgers should have Scott Brown back from illness and a fit Moussa Dembele leading the line. Yet above all else, the Parkhead boss should have a team galvanised by the prospect of winning the league title in front of their own fans and against their most bitter rivals.

While social media may be rife with Celtic fans demanding that this club are a different entity from the Rangers that dominated Scottish football throughout the nineties with uncontrolled, irresponsible financial gusto, they, like their counterparts across the Glaswegian divide, know that all success is defined by how much it impacts the team across the river Clyde.

To win a league title is a special thing for any club, but to do so and watch the direct consequences of it consume your rivals with the sort of anger and contempt that keeps them from the path of a composed, productive plan forward is something else entirely.

As such, Sunday’s game will be one of raw emotion. And while Celtic may revel in it as they march towards a second, consecutive double Rangers run the risk of clinging on to the bitter anguish that will surely come and spend another summer wasting their time and resources trying to achieve “immediate success” to catch Celtic and end this cycle.