Mario Pašalić is one of those Chelsea players who looks likely to never actually play for the Blues.

Since signing for the west London club in 2014, he’s failed to make a single appearance. Instead, he’s been sent out on loan to Elche, Monaco and AC Milan and looks set to temporarily leave Stamford Bridge once again this summer.

According to Seville-based paper Estadio Deportivo, Pasalic is a Real Betis transfer target.

The 22-year-old’s agent, Marko Naletelić, told the paper: “All I can say is that there are a lot of clubs interested in Pašalić, including Betis. It’s an important club in Spain and in Europe.”

But the Chelsea midfielder has also been subject of Celtic transfer rumours and that could very well be the best move for him.

There aren’t many players who at 22 have already played for Monaco and AC Milan, as well as completing a season in the Spanish top flight.

Yet the Croatian isn’t one of Chelsea's loan army that immediately comes to mind as a potential first-team player, probably because he hasn’t played in Britain yet.

However, none of the club's other loanees have a CV that can match up to Pašalić's. He is, a bit like Marco van Ginkel, very good at a lot of aspects of the game, but not notably outstanding in one one eye-catching department.

He was a goalscoring midfielder when he started out at Hadjuk Split, netting 11 goals in 38 appearances, but has not replicated that form since.

Pašalić's time at Elche, Monaco and AC Milan was nowhere near as productive in terms of hitting the back of the net – he struck just 15 goals in 91 games.

But Pašalić is still a dependable central midfielder and while that may not necessarily catch the eye, he’s the sort of player managers will always want as he gives a 7/10 performance every week.

Two-footed, he’s the prototype of a No.8 who keeps things ticking over in the middle of the pitch. And he loves to get forward and score from scrappy positions in the penalty area.

Why should Pašalić choose Celtic?

If he’s looking to make a name for himself in Britain, a move to Celtic would allow Pašalić to truly shine.

The Scottish champions went unbeaten in the league for the entirety of the previous campaign and you wouldn't back against them doing the same in the season ahead.

Returning to Chelsea with an SPL title behind him could help him force his way into Antonio Conte’s plans.

What’s more, two of the other clubs thought to be interested in the Croatian – Real Betis and Leeds United – can’t offer him European football. The latter can’t even offer him top-flight football, which at 22 he needs.

Brendan Rodgers is building a team that he hopes can compete in Europe this season and Pašalić would help that happen.

His Champions League experience is limited, however. He has only played in the qualifiers with Monaco but scored twice in four appearances.

Celtic have to go through the qualifiers this season and reaching the group stage is a must for Rodgers and his players.

“We want to qualify, first and foremost,” the Celtic boss said back in May. “That will always be a challenge. Then we have to try and see what we can do. The gauge for us is to measure calmly once we’ve qualified.

“We would like to be in Europe for the second part of the season, whatever competition that’s in, and that’s a huge, huge ask for a club like ourselves.”

While Rodgers is obviously playing it down, Celtic need to qualify for the Champions League proper and then finish third or above in their group to ensure European football remains on the agent post-January. 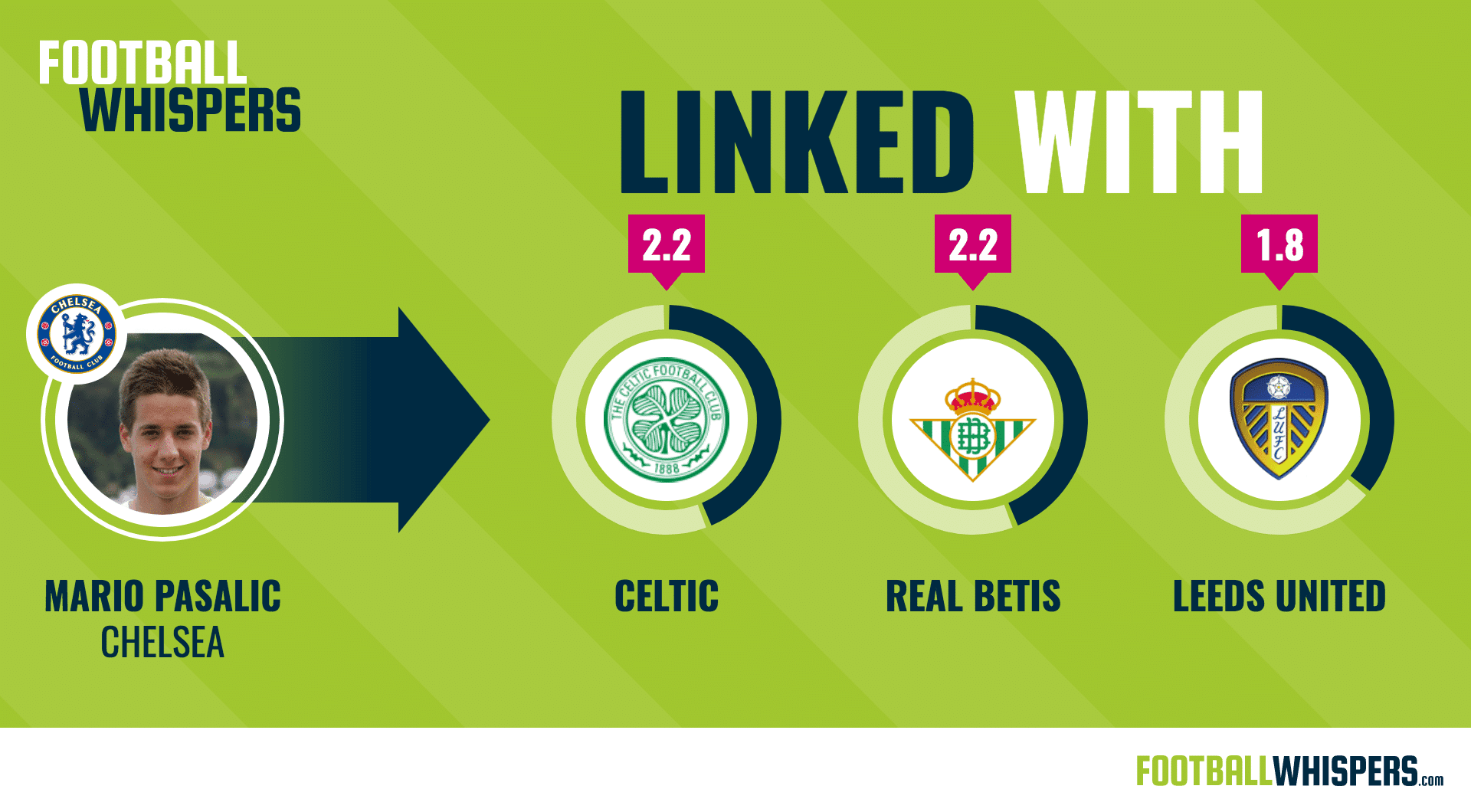 But even if Celtic weren't to qualify for the Champions League, a Europa League run is much more than Betis or Leeds could offer Pašalić.

What’s more, Rodgers has a reputation for getting the best out of promising talent – as he has done with Moussa Dembélé, Patrick Roberts or Kieran Tierney.

So for Pašalić a move to Celtic could be crucial for his development. While there’s no doubt that moving to the Scottish Premiership after playing in Serie A would be a step down, it's a step that would benefit him in the long run.

He would be playing every week in a winning side while learning to deal with the pressure that victory demands. That would undoubtedly benefit him if he was to return to Chelsea, or join any other of European football's elite sides in the future.