The great success of Neil Lennon's Celtic stewardship after Brendan Rodgers walked out was continuity. It was key in steering the Bhoys to their eighth successive title. Yet Scott Sinclair would have been inclined to feel a little miffed that he was not part of it.

A key man for the Bhoys in the first half of the season, Sinclair made just five of his 24 Scottish Premiership starts after Rodgers defected to take up the vacant manager's post at Leicester City.

This summer speculation has been rife over the 30-year-old's future. According to the Lancashire Evening Post, Preston are looking into the possibility of taking Sinclair on loan. 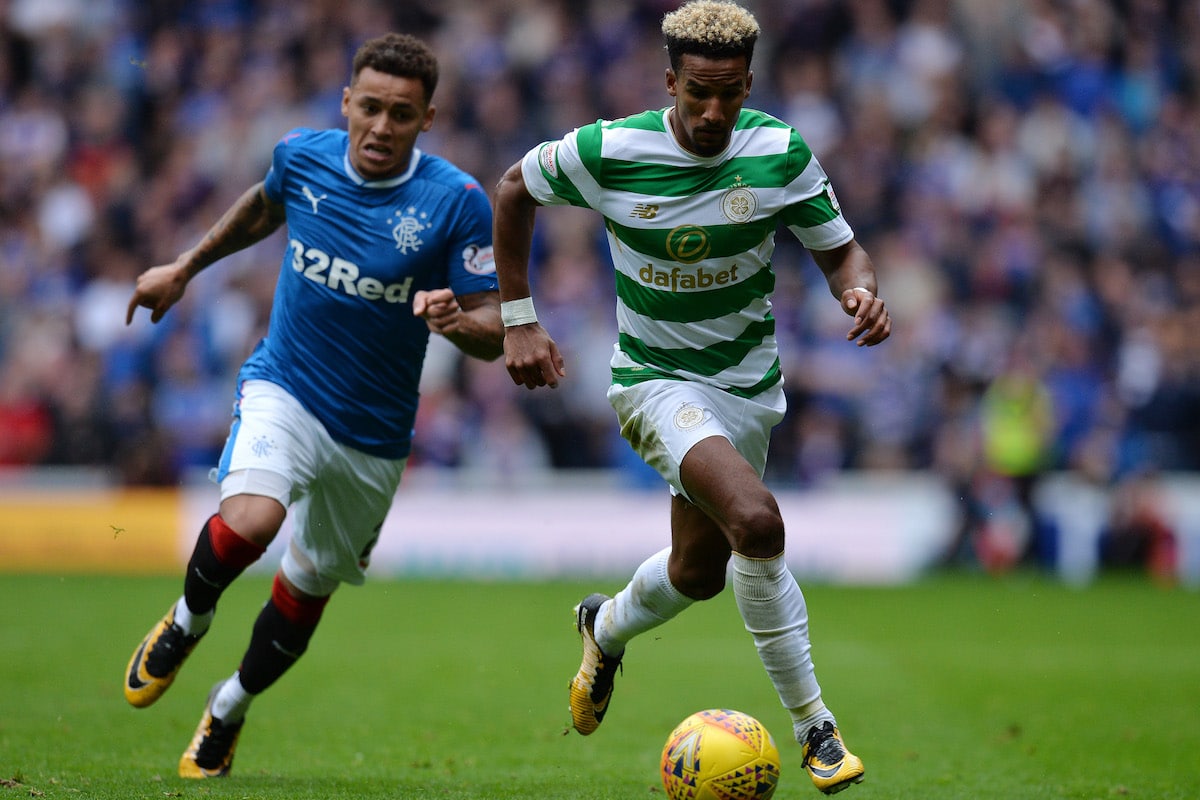 According to the report, the Scottish champions want a £2.5million permanent deal which, coupled with the winger's wages, would put him beyond Preston's reach.

Hoops boss Lennon has been quick to attempt to quash those claims, however.

“A player of that experience is always handy to have around, he’s got a great goal record and he’s had a great time at Celtic. We don’t want him to go, that’s for sure.”

Despite his relative lack of involvement after Lennon took up the reins from Rodgers, it's hard to make a case for wanting to move Sinclair on. 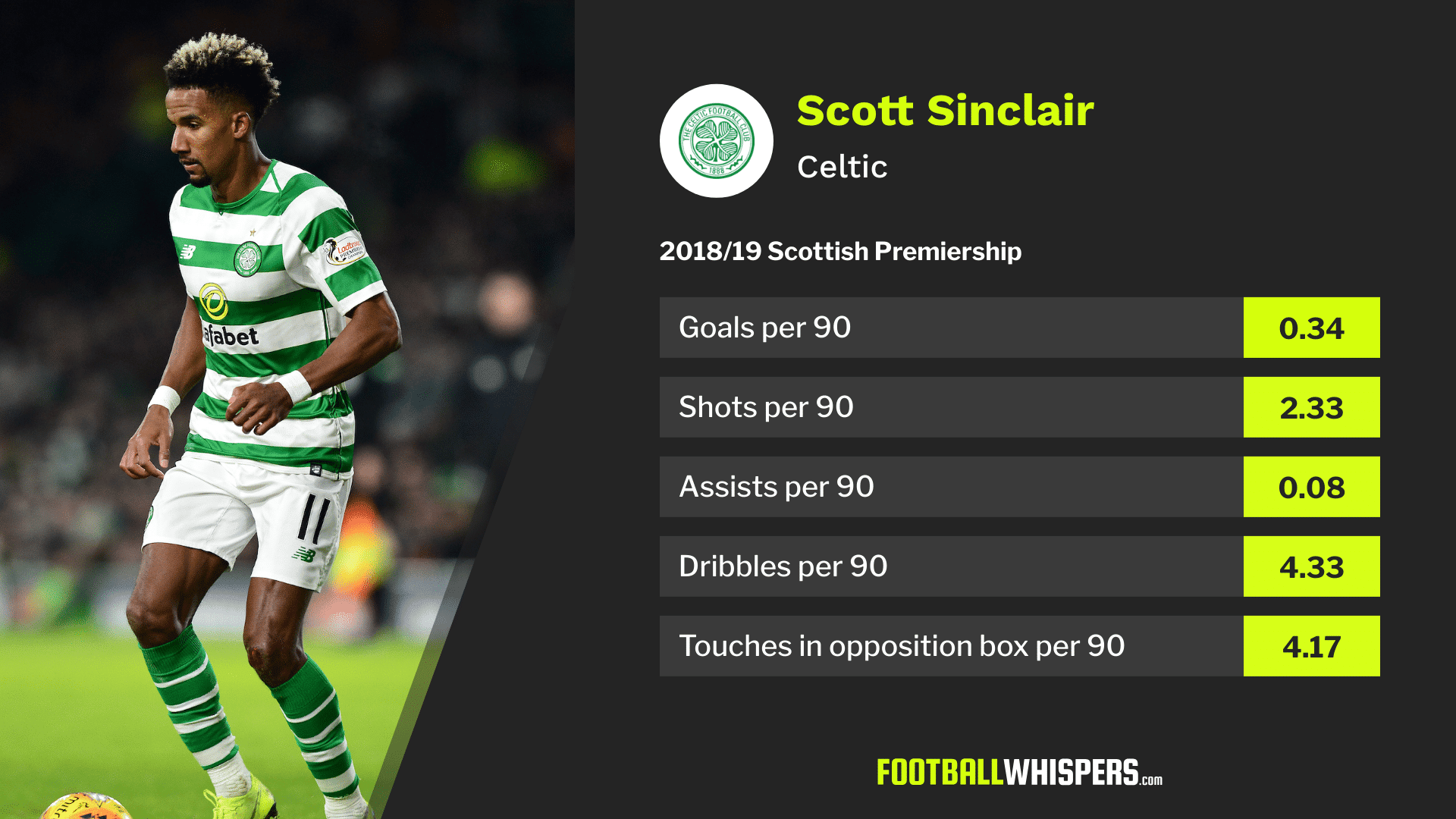 Going solely off his numbers, Sinclair remains one of if not the best left-sided attackers in Scotland's top flight. No winger who played more than 1,000 minutes had a better goals-per-90 ratio last season (0.34), a higher xG90 (0.41), a better shooting accuracy (48.39 per cent) or took more touches in the opposition's penalty area (4.17).

However, when compared to his statistical output for the 2017/18 campaign, there is a clear drop-off in almost every metric which suggests the former Chelsea youngster was less effective last term despite still coming out as one of the best in Scotland's top flight. 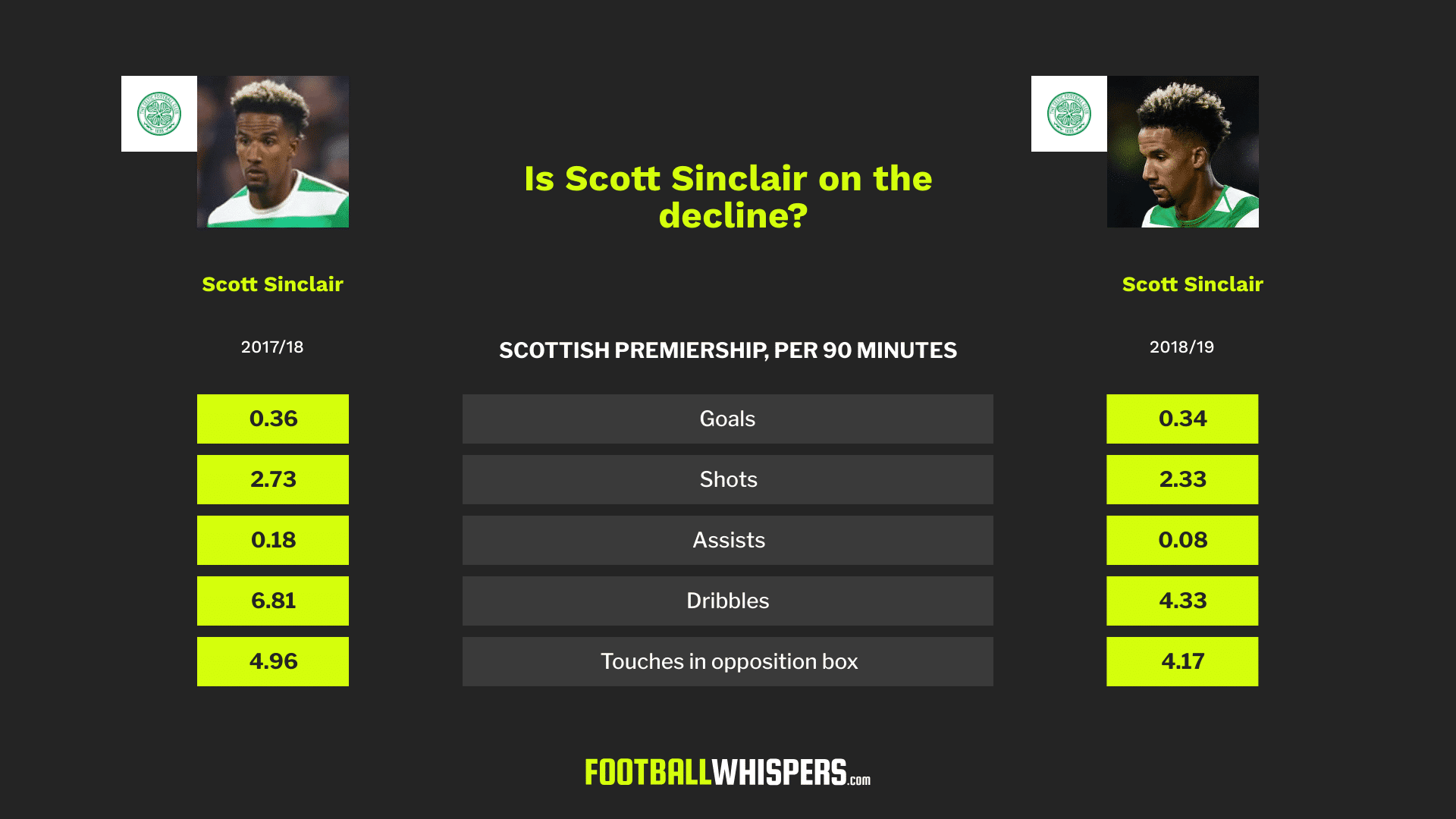 As well as a decline in goals, shots, assists, dribbles and touches in the opposition box per 90 between 2017/18 and 2018/19, Sinclair also posted worse xG90, xA90 and cross completion figures than in his second season at Parkhead.

In truth, Sinclair has struggled to live up to the staggeringly high standard he set in his first season north of the border. He struck 25 times and registered 11 assists as Celtic swept all before them en-route to the title – there was even talk of a call-up by England, so impressive was his renaissance in Glasgow.

Not matching those standards every year is understandable and his overall record of 60 goals and 34 assists in three seasons in Paradise is rightly lauded. But he looked devoid of confidence in his worst moments last term and struggled to even get close to matching his impact in 2016/17.

Certain sections of Celtic's support even feel the 30-year-old was lucky to earn a contract extension last season, such was the decline in his performance levels. Sinclair failed to perform at all under Lennon while runs of two goals in 17 and none in 12 were deeply concerning. 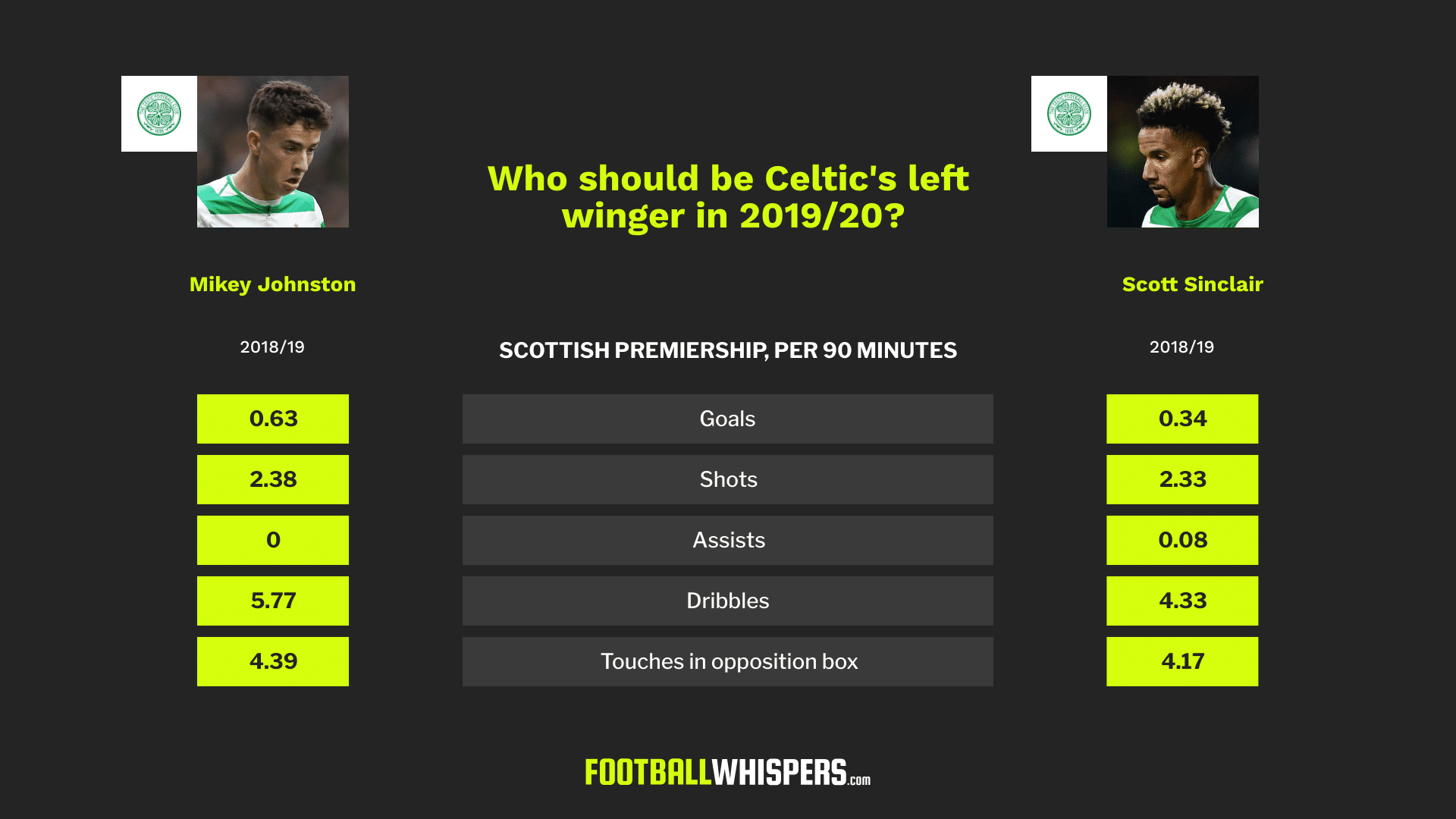 However, the situation is far from bleak from the club's point of view. In Mikey Johnston, Daniel Arzani and Lewis Morgan they have three youngsters snapping at Sinclair's heels.

And it's Johnston who looks likeliest to replace the former England Under-21 international. Comparing their stats for last season, the 20-year-old comes out on top in all but assists.

Even then, his expected assists per 90 score was just 0.06, only just below Sinclair (0.11) – that despite playing in just 679 minutes of Scottish Premiership action versus his team-mate's 2,263.

Sinclair's status as a modern Celtic hero is indisputable. But at this point it's hard to argue it would make sense on a business and sporting level to move him on and free up his place in the team for Johnston and Co. to flourish – if a buyer can be found.