Having won six consecutive Scottish Premiership titles, Celtic’s domestic dominance is unquestioned. And the consensus is that their status will be further cemented this season, with no one team truly ready to challenge them.

Rangers have invested heavily, but an embarrassing Europa League defeat suggests their new players will take time to gel.

Meanwhile, Aberdeen have been the established second-best team in Scotland in recent years, but the loss of several key players – including Jonny Hayes to the champions – could mean a slight drop-off in 2017/18.

Over in the capital city, Heart of Midlothian sacked Ian Cathro before the league season had even begun after a shocking League Cup group stage exit, while Hibernian have only just returned to the top flight having won the Scottish Championship last term.

While none of these teams appear capable of overthrowing Celtic on their own, a combined XI featuring the league’s most talented individuals might have a chance.

Here, we assess how the titleholders would get on against the best of the rest.

Aberdeen had the second-best defence in the Scottish Premiership last season, conceding just ten more than Celtic, and Lewis was a huge part of that achievement.

The Englishman, once seen as a potential future international, proved himself to be a genuinely commanding presence and a reliable shot-stopper.

Gordon remains Celtic’s No.1 for the time being, but the Scotsman’s form has been scrutinised in recent times. His decision-making, particularly when coming off his line, has not been great and at 34 years of age a replacement may soon be needed.

Lustig has kept his place through various managerial tenures and is still a key member of Celtic’s back line under Brendan Rodgers’ leadership.

The Swede is a calm and experienced operator capable of a raking long-range pass, but he lacks the spark of Aberdeen’s right-back.

Logan is pacy, direct and loves to attack the right flank. He is also a sound defensive player and contributes positively in the final third with efficient distribution and accurate crossing.

His consistency for the Dons over the years makes him the best in the league in his position.

The signature of Alves may not have matched that of Graham Dorrans for sheer fan excitement, but the Portuguese was Rangers’ highest quality summer addition.

With over 90 caps for his country, a European Championship winners’ medal and experience playing in the top tiers of Italian, Russian and Turkish football, he was the ideal man to fill in the problem centre-back position for Pedro Caixinha’s side.

The 35-year-old is an immense physical presence and should suit Scottish football well. Šimunović is a similarly rugged stopper, but he has only enjoyed one season of consistent, top-level performances for Celtic.

Celtic began the league season with Nir Bitton filling in at centre-back. The Israeli is a natural midfielder, but the absence of Sviatchenko left the champions short on options.

This is something some fans wish to see addressed, especially given their confidence in the aerially powerful Dane wanted last term.

Berra, on the other hand, is seen as a bit of a hero at Hearts. Having first made his name at Tynecastle, the 32-year-old returned to the club this summer.

Previously a regular at English Championship level with Ipswich Town and a member of the Scottish national team, he is a class above many of his team-mates.

Scotland are blessed with an outstanding crop of left-backs at present. Andrew Robertson recently left Hull City for Liverpool, while Lee Wallace is Rangers captain. This quality and quantity of competition for places is the reason behind Shinnie’s failure to have won a single cap as yet. Tierney’s progress hasn’t helped, either.

The 20-year-old has grown into one of the finest young full-backs on the continent over the last two seasons, with his attacking forays, dribbling skill and cultured left foot a fundamental part of Celtic’s attacking game.

Dorrans couldn’t have dreamed of a better start to life as a Rangers player. Having supported the club as a boy, he scored twice on his league debut to secure a 2-1 away win over Motherwell. He celebrated the second by pointing to the club badge, then to the raucous away support.

Goals weren’t the main reason behind his arrival, however. His passing and composure were no doubt what stood out when Caixinha entered the market for a new central midfielder.

Celtic’s McGregor has shown abundant promise and is excellent when driving forward with the ball at feet, but his inexperience costs him in this individual match-up.

At just 22 years of age, McGinn already has five years of first team experience under his belt, much of which was spent at the highest level of the domestic game. With St. Mirren and then Hibs, he has established himself as one of the brightest young central midfielders in Scotland and earned links to Celtic.

His driving runs, combativeness and passing make him a different type of player to Brown, but the aggressive 32-year-old Bhoys skipper remains vital to club and country.

Last season was Armstrong’s breakout campaign in a Celtic shirt, as he moved up a level in terms of performance and output.

The 25-year-old orchestrator showed quick feet, vision and creativity to help his team to a domestic treble, winning his first Scotland caps in the process.

McLean has also earned international recognition having won his one and only cap last year, but the Aberdeen man is still one of the country’s most underrated players.

For range, accuracy and variety, he is one of the best passers in the Scottish Premiership. However, he’s not quite as productive as Armstrong in the final third. 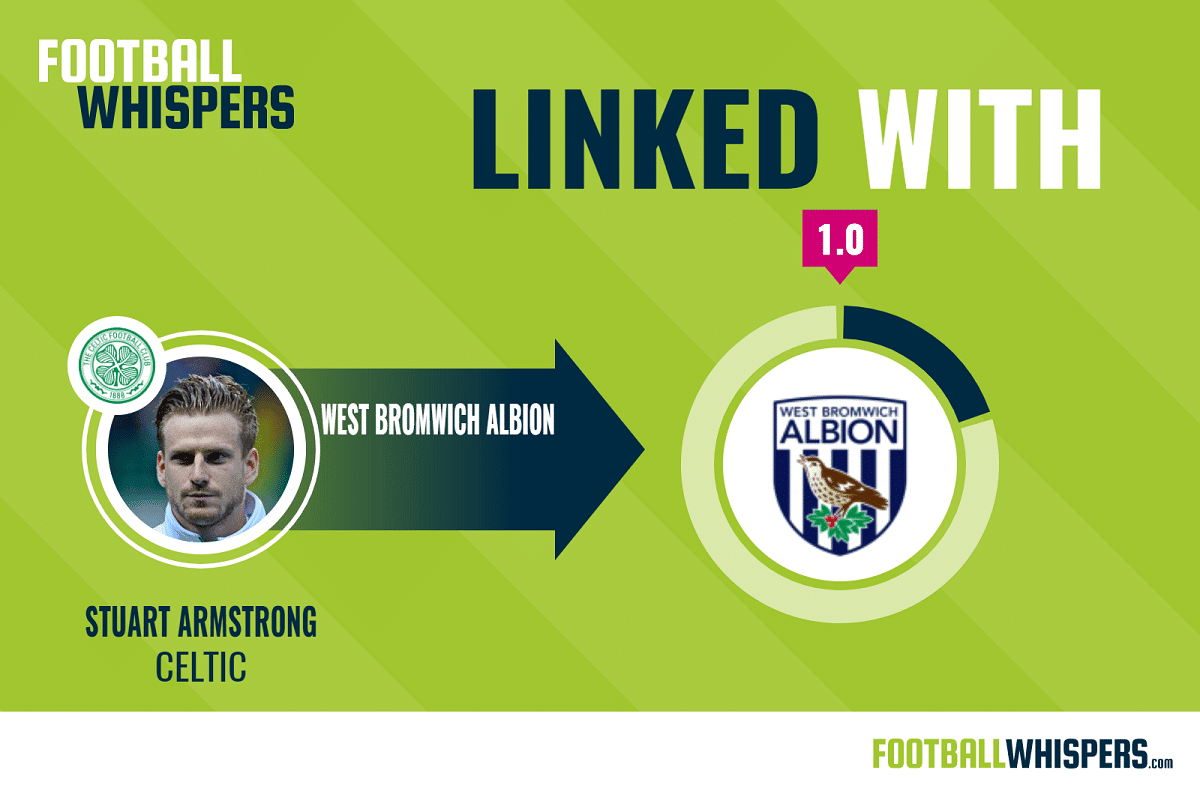 Heads have been scratched at Gordon Strachan’s insistence on handing Forrest a starting spot so consistently over the years, but the Celtic wide man is a tricky customer with sound technique. He’s improved under Rodgers’ guidance at club level, but he has plenty of quality positional rivals at other Scottish clubs.

Unarguably the best of the lot is Walker, a flexible playmaker capable of performing out wide or in a more central space.

The Hearts man was directly involved in 22 goals for his club in a difficult 2016/17 campaign and seems intent on a move to Rangers, where his talent could have the ideal platform.

Sinclair’s debut season in Scottish football couldn’t gone much better. He averaged one goal every two games in all competitions (he hit 25 in 50 overall) while tantalising with his speed, energy and skill in one-on-one situations.

He brought something different to Celtic’s attack and was aptly rewarded at the end-of-season awards ceremonies as a result.

Miller’s consistency and fitness is something to behold. At 37 years of age, he hasn’t lost too many of the athletic attributes that made him such a threat in the earlier stages of his career.

But, while he top-scored for Rangers in the league with 11 last term and continues to show a willingness to play anywhere for his team, he lacks the incisiveness of Sinclair.

It’s only a slight exaggeration to say that Dembélé has been linked to just about every top European club at some stage this summer. And those rumours don’t exist for nothing.

The 21-year-old became a Chelsea target thanks to a debut Celtic season that included 32 goals in all competitions.

The Frenchman’s absence through injury will be a big miss for the champions – no-one even comes close to threatening his status as the best centre-forward in the country.

That includes Moult, who has averaged just under a goal every two games for a Motherwell side consistently undermined by managerial changed.

New Hearts hitman Kyle Lafferty may provide sterner competition this season, however. The Northern Irishman has already found the back of the net four times in three outings for Edinburgh club.

A back line featuring Logan, Shinnie, Alves and Berra would offer excellent protection to a solid goalkeeper in Lewis, but it’s in attack where this Scottish Premiership combined XI falls down.

The pace and skill of Dembélé, Sinclair, Armstrong and Tierney ensures that Celtic have enough to win out in this intriguing hypothetical clash.