One of the more interesting matches in the upcoming round of La Liga is the Celta Vigo vs Sevilla duel, so check our preview of the game and our free betting tips.

Our top betting predictions for Celta Vigo vs Sevilla

If you need help with La Liga predictions, we are here for you. So, here are our favourite betting tips for Celta Vigo vs Sevilla:

In the last five head-to-head duels between Celta Vigo and Sevilla, both teams have two wins each, along with one draw. However, the last two games were won by Sevilla, so we expect that trend to continue. After all, Sevilla started the new season in great form and they are three points behind the teams that share the first place while also being one game behind. So, our prediction is for Sevilla to win this game.

The last three meetings between Sevilla and Celta Vigo have all gone over 2.5 total goals, while the last two matches ended with six and seven goals being scored. With that in mind, we decided to ignore the current goals per game average by these two teams in La Liga and bet on over 2.5 total goals in this game.

Both teams have scored in the last four duels between Celta Vigo and Sevilla, so we expect the same outcome in their upcoming match. That being said, both teams have scored in just 38% of all Sevilla games in the league this season, as well as 29% of all Celta Vigo games in La Liga so far. Still, the recent h2h record indicates that we could easily see both teams scoring in this match.

The best odds, stats, and more for Celta Vigo vs Sevilla

If you want to bet on the top odds for Celta Vigo vs Sevilla, check our selection of odds from different bookies:

Although Celta Vigo didn't start the new season as well as they would've liked, they did win two of their last three matches. Overall, Celta has two wins, one draw, and five losses, which puts them in the 16th place in the standings. Obviously, that's too close to the relegation zone for comfort, so the fans will be hoping for better results in the future. Mendez and Tapia are currently injured and will miss the upcoming game.

After they were in the title race last season almost to the very end, Sevilla started the new season in great form as well. The team has fourteen points at the moment, which puts them in the fourth place in the standings. They are currently three points behind the first three teams in the table, but they are also one game behind all of them. En-Nesyri is the only injured player at the club right now, but Diego Carlos will also miss the next game due to a suspension. 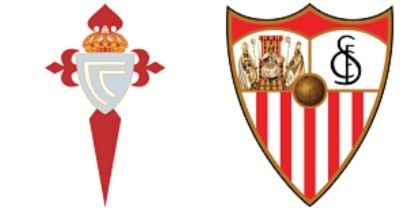