One of the more interesting matches of La Liga scheduled for Thursday is the Celta Vigo vs Real Sociedad matchup. So, check our preview of the game and get some free betting tips along the way.

If you are struggling to find the right bet for the Celta Vigo vs Real Sociedad duel, check our favourite predictions for the game:

Although Celta seems to be getting in good from after a poor start with three wins in the last five matches, Real Sociedad has been impressive so far in La Liga. The team from San Sebastian is leading the league and they enter this match after they split points with the defending champions over the weekend. We can't overlook them, so our prediction is for Real Sociedad to win this game, just like they did in three of the last five duels with Celta Vigo.

Celta Vigo and Real Sociedad to Draw at Half Time

We do expect Real Sociedad to win this match, but we don't expect an easy job for the guests. In fact, we expect a close game and we think that the match will be decided in the second half, so our prediction is for Celta Vigo and Real Sociedad to draw at half time. After all, Celta Vigo drew at half time in six of their ten La Liga matches, while the same is true for five of ten Real Sociedad games in the league.

The best odds, stats, and more for Celta Vigo vs Real Sociedad

If you are looking for the latest odds and stats for Celta Vigo vs Real Sociedad, we can offer them right here on our site:

With three wins in the last five matches in the league, Celta Vigo has managed to get in form after their poor start of the season. Overall, the team now has three wins, one draw, and six losses in the first ten games of the season, so this good run was desperately needed. Another positive for the team is their short injury list, with Tapia and Fontan being the only two players to miss the upcoming match.

The surprising league leaders after the first ten rounds will try to stay on top for a while longer, but they need to keep winning in order to do so. Real Sociedad has two wins and three draws in the last five matches in all competitions, while they are on a nine-game undefeated streak in La Liga at the moment, with their only loss coming in the first round at Nou Camp against Barcelona. Unfortunately, the team is still struggling with injuries, with six players due to miss the next match, including Oyarzabal, Monreal, and Sola. 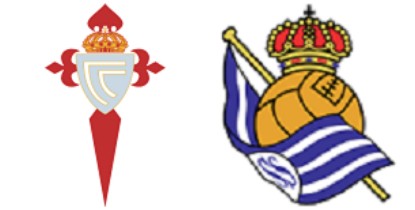