The first La Liga game to be played on Wednesday is the Celta Vigo vs Osasuna duel, so check our preview of this game to learn more about it and to get some free betting tips.

Our top betting picks and tips for Celta Vigo vs Osasuna

If you are not sure what is the right bet for Celta Vigo vs Osasuna, you can find our best predictions for this game right here:

While the two teams are only separated by two points in the standings, we can see Celta Vigo winning this game. After all, they are currently in better form and we think that they are the better team.

In addition to this, three of the last four h2h meetings between Celta Vigo and Osasuna have ended with the home team winning, so we expect the same to happen on Wednesday.

Three of previous five head-to-head duels between Celta Vigo and Osasuna have gone under 2.5 total goals, so we won't be surprised if that happened again in their upcoming game.

The best odds, stats, and more for Celta Vigo vs Osasuna

If you wish to bet on the highest Celta Vigo vs Osasuna odds, check out selection of odds from the best UK bookies:

The two had pretty similar results this season, so this should be a close and interesting match. Let's take a closer look at both teams:

After a very slow start, Celta Vigo finally found a bit of a rhythm in La Liga. In the last six games, Celta Vigo has three wins, one draw, and three losses. Overall, the team is sitting in the 14th place in the standings, which is probably more than a few places below the expectations for a team that finished the last season in eighth place.

On the bright side, only Tapia and Solari are currently questionable with injuries, but even they could end up taking the field against Osasuna on Wednesday.

So far, Osasuna has been inconsistent in their form, but they are overall right where they are expected to be – in the middle of the standings. In the last six La Liga games, Osasuna has one win, three draws, and two losses, so they are not at their very best right now. The team was also eliminated from Copa del Rey by Girona, which was a bit disappointing for the fans.

The team got the news that both David Garcia and Unai Garcia have tested positive for COVID, so they are due to miss the upcoming Celta Vigo duel. Hernandez is also questionable after recovering from a serious injury. 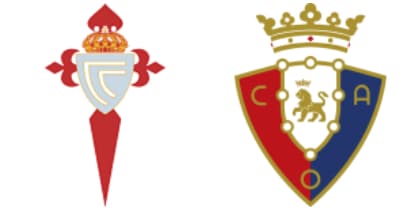