The first game of La Liga is will be played on Friday and it's the Celta Vigo vs Cadiz duel. So, take a look at our preview of this game to learn more about it and get some free betting tips along the way.

Our top betting predictions for Celta Vigo vs Cadiz

If you are struggling to find the right bet for the Celta Vigo vs Cadiz duel, check our favourite betting tips for his game:

While both teams have started the new season poorly, Celta Vigo is the better team of the two. They also play at home, so it's understandable that they are the favourites and our pick to win the game. After all, Celta Vigo beat Cadiz in three of their last four head-to-head matches. With that in mind, our prediction for Celta Vigo to win the game sounds very reasonable.

Two of the previous four duels between Celta Vigo and Cadiz have gone under 2.5 total goals and we expect to see the same in their next match. After all, Celta Vigo went under in two of their four games in La Liga this season, while the same is true for three of the first four matches played by Cadiz in the league.

We have not seen both teams score in any of the last four h2h duels between Celta Vigo and Cadiz, so our prediction is to honor that tradition. However, it's important to note that both teams scored in two of the four Celta Vigo matches this season in La Liga, as well as three of the four games that Cadiz played in the league so far.

Top odds and stats for Celta Vigo vs Cadiz

If you wish to bet on the best Celta Vigo vs Cadiz odds, check our list of odds from the top UK bookies:

Celta Vigo vs Cadiz preview: Which team will get their first win of the season?

After a good last season in which they finished eighth in the standings, Celta Vigo had a very bad start to the new season in La Liga. After the first four rounds, the team is in the relegation zone with one draw and three losses. That being said, Celta had a difficult schedule as well since they already played against Real and Atletico Madrid. On the bright side, Celta Vigo has no injuries at the moment.

The mid-table finish last season was a good result for Cadiz and they will be hoping for a similar placement at the end of this season. However, the team started the new season with a couple of draws and a couple of losses, so they will have to do better in the future if they want to avoid fighting against relegation. Cala, Garrido, and Jose Mari will miss the next game due to injuries. 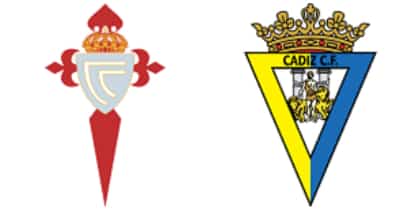