The reigning champions of Spain are starting the new season at Vigo against Celta, so check our detailed preview of this game and take a look at some of our top free betting tips.

Our favourite betting predictions for Celta Vigo vs Atletico Madrid

If you are trying to find the best La Liga betting tips, we've got you covered. This also includes our top betting tips for Celta Vigo vs Atletico Madrid:

The current champions will want to start the new season well, especially since they won the title last season thanks to their advantage in points earned in the first half of the league. Our prediction is for Atletico Madrid to win this game, just like they did last season in Vigo – although Celta managed to draw with them in Madrid.

Los Colchoneros are known for their sturdy defence, so we don't expect both teams to score in this game. Last season, both teams have scored in just 45% of all Atletico Madrid games in the league, but the same is true for 61% of all Celta Vigo matches in La Liga. Still, it's the first round and the teams are bound to be a bit rusty, so that could also affect their scoring ability.

Luis Suarez to Score at Any Time

Perhaps the biggest reason why Atletico managed to win the title last season was the addition of Luis Suarez, who came to Madrid after his contract with Barcelona has expired. He showed that he still has what it takes to compete at the highest level and he was the top scorer for Atletico with 21 goals. So, we expect him to keep that run going in the new season and score at least once against Celta Vigo.

If you want to bet on the top Celta Vigo vs Atletico Madrid odds, check our selection of odds from the best UK bookies:

Celta Vigo vs Atletico Madrid preview: Can the champions start the new season with a win?

The team from Vigo had a very good last season in which they finished in the eighth place in the standings, barely missing on European competitions for this year. With that in mind, the team will be hoping to improve this season and they will hope to grab some spots for the next year's European football. Celta Vigo signed Javi Galan and Franco Cervi for a total of £8 million, while they only sold one player, so they will start the new season with largely the same team as the last one.

After eight years, Atletico Madrid led by Diego Simeone has once again won La Liga, in an exciting finish of last season. And after some celebrations, the team went to work right away and bought Rodrigo de Paul from Udinese for £35 million, which is the most expensive La Liga transfer so far this summer. This could be eclipsed by the reported £50 million offer for Dusan Vlahovic, if Atletico can get the Serbian from Fiorentina. Meanwhile, the team didn't let any important players go, so we could see another great season by Atletico Madrid. 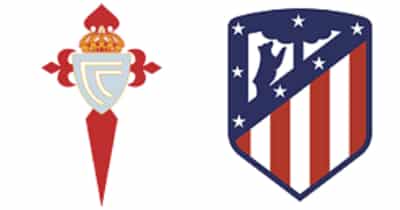