Messi vs Ronaldo, FIFA’s hijacking of the Ballon d’Or. Instagram ‘activations’. The era of the ‘super manager’. Harry Kane’s ruthless pursuit of goals that aren’t his… It can sometimes feel like football in the 21st century is increasingly more about the individual than the collective.

But thankfully there remains players in the game who are not out for personal glory, fame or public accolades. Those who sacrifice their own individuality and allow us to remember that through all the ego it is still unequivocally a team game.

Often their performances slip under the radar, man of the match awards tend to go to goalscorers, and outside of their own clubs they are rarely appreciated. But here we celebrate five of the great unsung heroes of the 2017/18 season.

He has always been a byword for Premier League excess. Not the sort of kind which spends £800,000 on a fleet of supercars or blows £10,000 on a night in Boujis, but which saw him, during his formative years at Tottenham Hotspur, cutting inside from the right and shooting high and wide. Every. Single. Time.

Whenever Townsend’s name is mentioned outside of Selhurst Park – usually when he’s called up for England duty – it’s met with groans of despair and cries of “here we go again with the Poundshop Ronaldo, the low-rate Robben.”

Stereotypes stick, except Townsend is sneakily having a very good season and, more interestingly, appears to have reined in his delusion of peak Roberto Carlos to play a role that’s more about the collective. 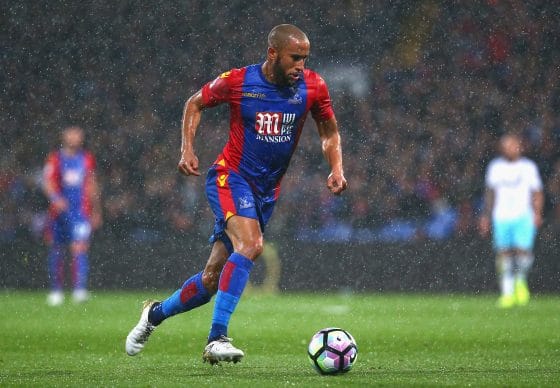 Wilfried Zaha remains Palace’s crown jewel but in a productivity sense, Townsend has out-assisted the Ivory Coast forward 6-2 (a career high for the 26-year-old) and in terms of key passes per 90 minutes, it’s 2.0 to 1.8. Zaha has outscored his team-mate 5-2 but has tended to play in a more advanced and central role.

But what’s telling about Townsend’s season is how much he’s curbed his previous reckless adventure. His career low shots per 90 (1.8) is way below his Tottenham days, when it was above 4.0. He’s also dribbling the ball far less, as his 3.8 this season matches his career low from last term.

He’s also been posting impressive defensive numbers; of wingers/wide attacking midfielders in the Premier League this season who have made more than five appearances, Townsend ranks eighth overall for tackles per 90 (1.9), level at the top with Gylfi Sigurdsson for interceptions per 90 (1.2) and sixth for clearances per 90 (0.9).

Old habits die hard but this is very different version of Townsend from the one we think we know.

Swansea’s transfer business last summer has been pored over and criticised all season but perhaps the biggest misstep for the club was allowing Jack Cork to sign for Burnley for just £8million; proof bargains do exist in the Premier League.

Burnley remain the top-flight’s great overachievers and Cork has played as much a key role as anyone else. Yet such is the system and structure Sean Dyche creates at the club, few outside Turf Moor have really given him his dues this season.

Admittedly he was called up by Gareth Southgate for England’s friendlies last November, making his debut for four minutes against Germany, but despite maintaining his performance-levels was discarded with little fanfare for the Netherlands and Italy matches last month.

It’s assumed that at least one if not both of Jack Wilshere and Jordan Henderson will be in the 23 for the World Cup in Russia, but can either lay claim to having a better season than Cork?

Statistically, there is nothing remarkable at all about Cork – perhaps why Swansea were so quick to be rid of him. This season he’s posting Premier League career lows across nearly all metrics while of English central midfielders he ranks 37th for tackles per 90 (1.7), 25th for interceptions per 90 (1.2) and 31st for passes per 90 (40.7).

But then this is the Burnley way; they and their players tend to defy the numbers and no player has contributed more to defying the norm than Cork, who appears the favourite to be named the club’s Player of the Year.

That’s because he’s the ultimate 7/10 player. Nothing he does is particularly showy or stands out – headed winner against Watford aside – but that is the Clarets in a nutshell and Cork has become the embodiment of the team.

Newcastle’s position as a safe mid-table Premier League club in a season of takeover rumours, lack of substantial transfer investment and eternal uncertainty over manager Rafael Benitez’s future is one of the great underrated stories of the season.

At least it’s not at St James’ Park as he’s now having songs sung about him, something that has taken the 26-year-old left-back by surprise: “It was weird. Normally people shout, ‘Dummett, you’re *****.’”

In the 13 games he has started since returning to the side following a hamstring injury at the start of the season, Newcastle have lost to just Liverpool and Manchester City. With the Geordie in the side, the xG (expected goals) of the opposition is 1.38; without him it’s been 1.41.

He’s never going to be classy on the ball, his 64.2 per cent passing accuracy speaks for that, while it was a horrific 37.5 per cent against Leicester last weekend. Nor is he a full-back who dashes down the left before delivering teasing crosses (0.1 per 90) but he is an unfussy and honest footballer who harks back to the days of the old.

Dummett’s strengths lie in his work rate and a growing ability to pick the crowd up through his energy and commitment and a crunching tackle here and there, that so British of qualities which can still get fans on their feet.

With his name and haircut like a character from Sky’s fondly-remembered soap Dream Team, in another life Stephens is playing a Hollywood role in guiding Harchester United to glory on the European stage.

In the real world, he’s a tireless and unselfish midfielder for Brighton who has played a key role in digging out important results that has left the Seagulls one or two wins away from maintaining their top-flight status.

He leads Brighton in passing accuracy (84.7 per cent) and passes per 90 (50.2), allowing the more starry figures of Davy Pröpper and Pascal Groß to impress in their debut seasons in the English top-flight.

True to form, Stephens rise to becoming a consistent Premier League player has been modest and gradual with spells at Bury, Oldham and Charlton Athletic before eventually finding his way to the south coast in 2014. 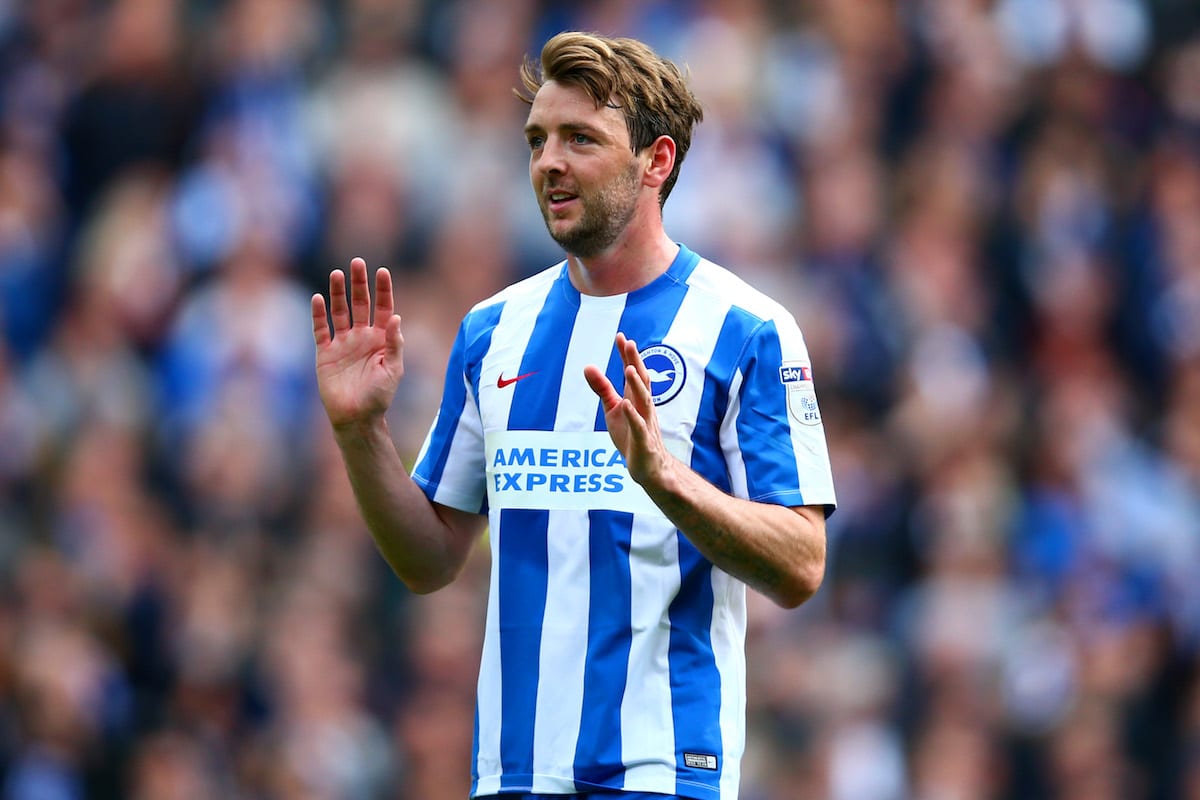 And he’s been putting in the hard yards ever since, in each of his 30 appearances this season he has played the full 90 minutes while also producing strong defensive numbers. Of midfielders to have made five appearances or more, he ranks 11th for tackles per 90 (2.86), 23rd for interceptions (1.66) and ninth for clearances (1.9).

His work rate and consistency has understandably endeared himself to the Amex Stadium crowd who have watched him be an integral figure in getting them into the Premier League. Fittingly, he’s contributed just as much to keep them there.

The answer isn’t exactly hard to find. Schindler’s 78 tackles completed eclipses the Bundesliga’s highest-ranked in Vfb Stuttgart’s Timo Baumgartl of 76. His 26 blocks more than Waldemar Anton of Hannover’s 23. His 138 headers won beyond that of RB Leipzig’s Willi Orban (106). And his 231 clearances dwarf the figure of 138 also put up by Orban.

It’s a nice piece of trivia and probably unlikely to earn him a place in Joachim Low’s affections but, more pertinently, shows his importance to a Huddersfield side who have placed so much emphasis on being defensively strong all season.

Unsurprisingly, given his statuesque performances for the Terriers in the penalty area he’s third in the Premier League for tackles per 90 (2.49), eighth for interceptions per 90 (2.07) and tenth for aerial duels won (4.41).

It all adds up to a brilliant debut top-flight campaign for the 27-year-old who was signed from 1860 Munich in 2016 for a then-club record fee of £2million. He has seamlessly managed the transition from Championship to the Premier League and is playing the best football of his career.

Huddersfield may well still experience a quick return to England’s second tier but Schindler’s performances should be making plenty take notice, especially in his homeland.