It was a masterstroke from Antonio Conte that helped shape Chelsea's Premier League title winning season. When he turned to the 3-4-3 formation a right wing-back was required, but there wasn't a specialist in his squad.

So he plucked Victor Moses from relative obscurity at Stamford Bridge and moulded the Nigeria international into a powerful attacking wing-back. Both Conte and the 26-year-old rightly received plaudits for the change.

But, for all of Moses' success in the role, he remains a winger playing out of position and at times his lack of defensive awareness has cost Chelsea – think back to the 2-0 defeat at Tottenham in January when he failed to track Dele Alli for both of Spurs' goals.

So it is little surprise Chelsea have been linked with a move for a more orthodox wing-back, Southampton's Cédric Soares.

Stories of a move for the Portuguese international have intensified in recent days, with the Blues said to be closing on a £15million deal for the 25-year-old.

It's a transfer that would make sense for both Chelsea and the player, and the fee being demanded by the Saints does seem strangely low given the champions' demand for reinforcements.

But is Cédric an improvement on Moses? We've compared the duo in the graphic below and the stats provide interesting reading.

The Portuguese may not be head and shoulders above his Chelsea counterpart but he does possess a different skillset. And that may be crucial for Conte given the Blues involvement in four different competitions this season. 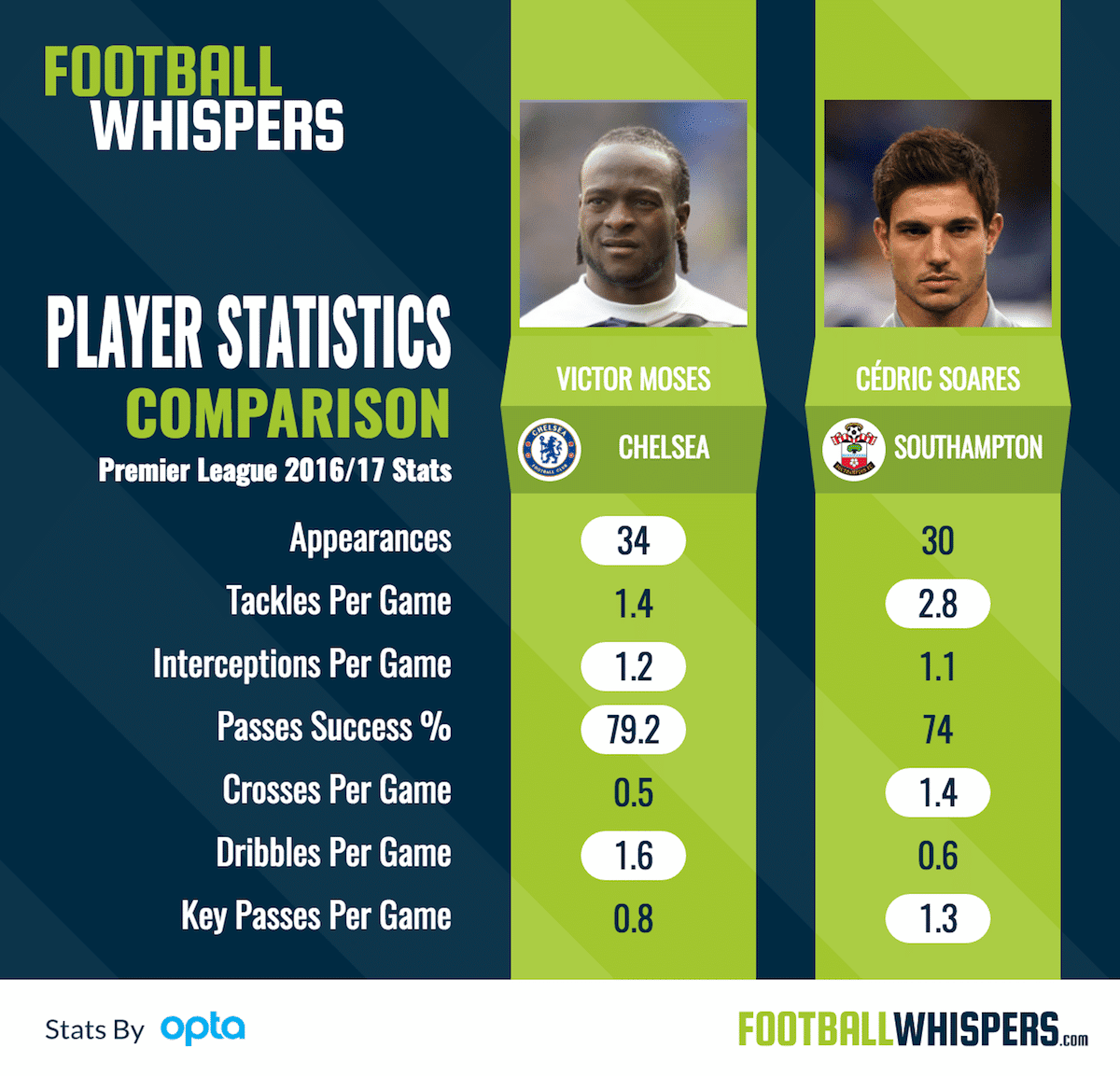