We've all seen the photo.

In an engrossing, sometimes grisly interview, Santi Cazorla revealed to Sid Lowe the extent of the horrific injury that ended his Arsenal career.

Cazorla suffered immensely. Knee injuries, ankle injuries, foot injuries; he had them all. At one point, he was unable to walk, an infection having ravaged his foot. That photo leaves little to the imagination.

The doctors needed skin. Rather heartbreakingly, they took it from his left arm, breaking up the tattoo bearing his daughter's name.

The Spaniard was told to forget about football. Having avoided amputation, the focus had to be on escaping from every athlete's idea of hell.

Cazorla featured in Arsenal's Champions League victory over Ludogorets in October 2016. He played well, notching an assist for Mesut Özil in a 6-0 win. But that would be the last time he graced a football pitch for almost two years.

By the time he returned, his Arsenal career was history. Villarreal, however, threw him a lifeline, offering a one-year contract as a way back into football. 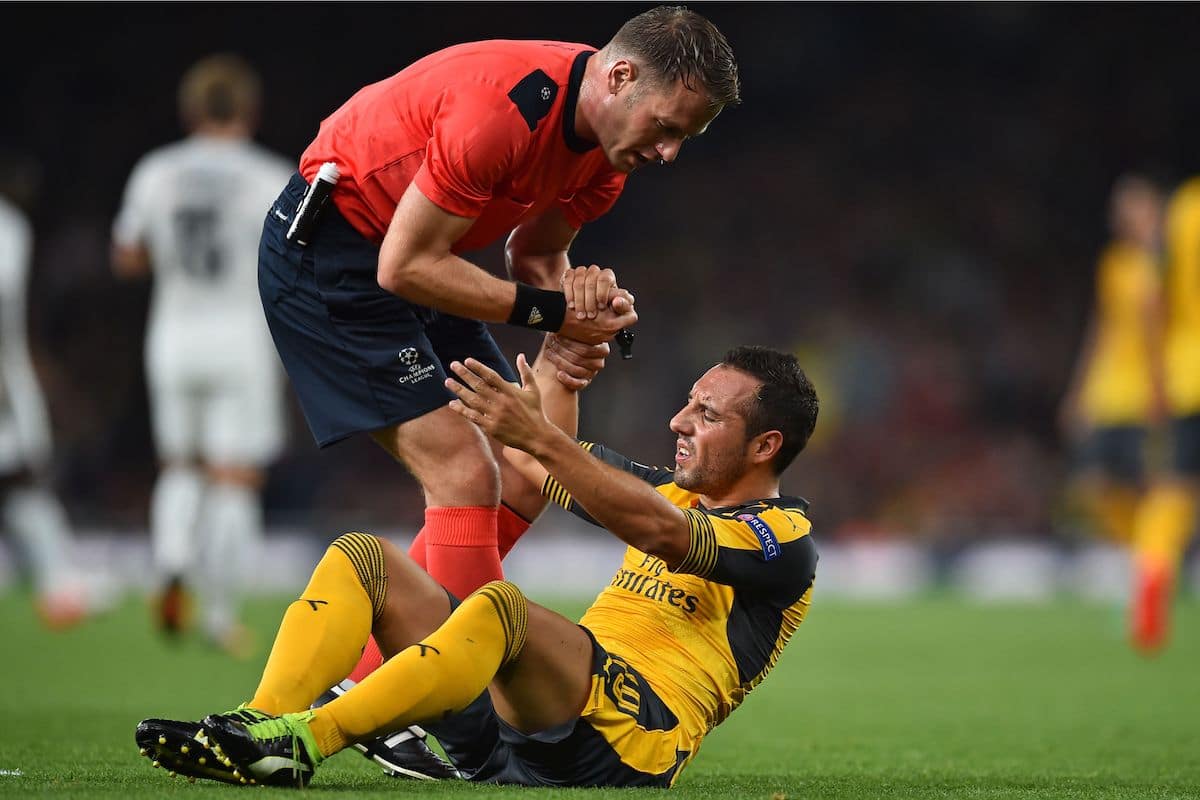 From there, Cazorla's story took a turn for the better. In August's friendly against Hercules, he entered the field for the first time in 636 days.

Now, he's been recalled to the Spain squad for the first time since 2015. Luis Enrique included him for the upcoming Euro 2020 qualifiers against the Faroe Islands and Sweden in June. From being told he may never play again, Cazorla can look forward to wearing his national colours with pride.

Like many professional footballers, Cazorla can't get enough of the game. His 22-month lay-off was as hellish as it gets.

Those 33 minutes on a warm summer evening must have felt like heaven.

But thankfully, this time there was no abrupt end to his comeback. It was about to get even better. Cazorla made his return to La Liga action a few weeks later on the opening day of the season, playing 73 minutes of the Yellow Submarine's defeat to Real Sociedad. 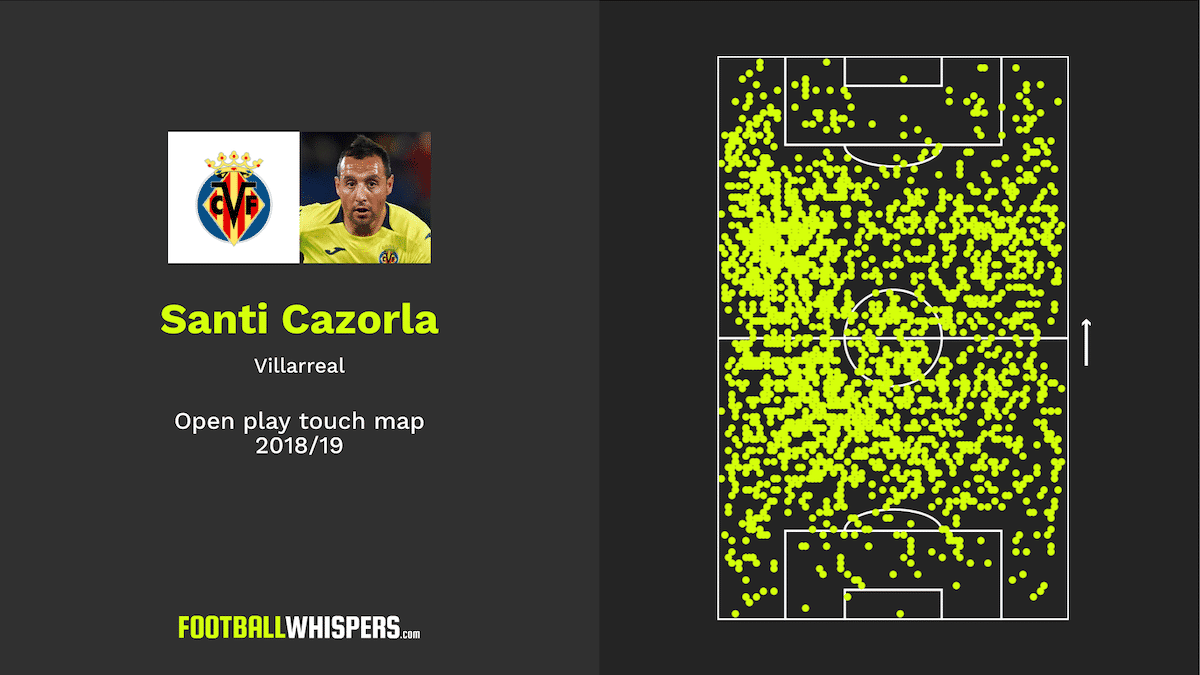 That result unfortunately largely set the tone for Villarreal's season. Head coach Javi Calleja was dismissed in December with the club languishing just three points above the relegation zone.

Luis García took over. He lasted nine games. The club, desperate at this stage, re-appointed Calleja (something of a peculiar trend in Europe with Leonardo Jardim and Zinedine Zidane also getting their old jobs back this season).

Calleja kept them up but the football, for the most part, wasn't great. It's been a frustrating campaign for much of their squad. Pablo Fornals has not been quite as productive as he was last season while only one of their strikers – Karl Toko Ekambi – has reached double figures in the scoring charts. 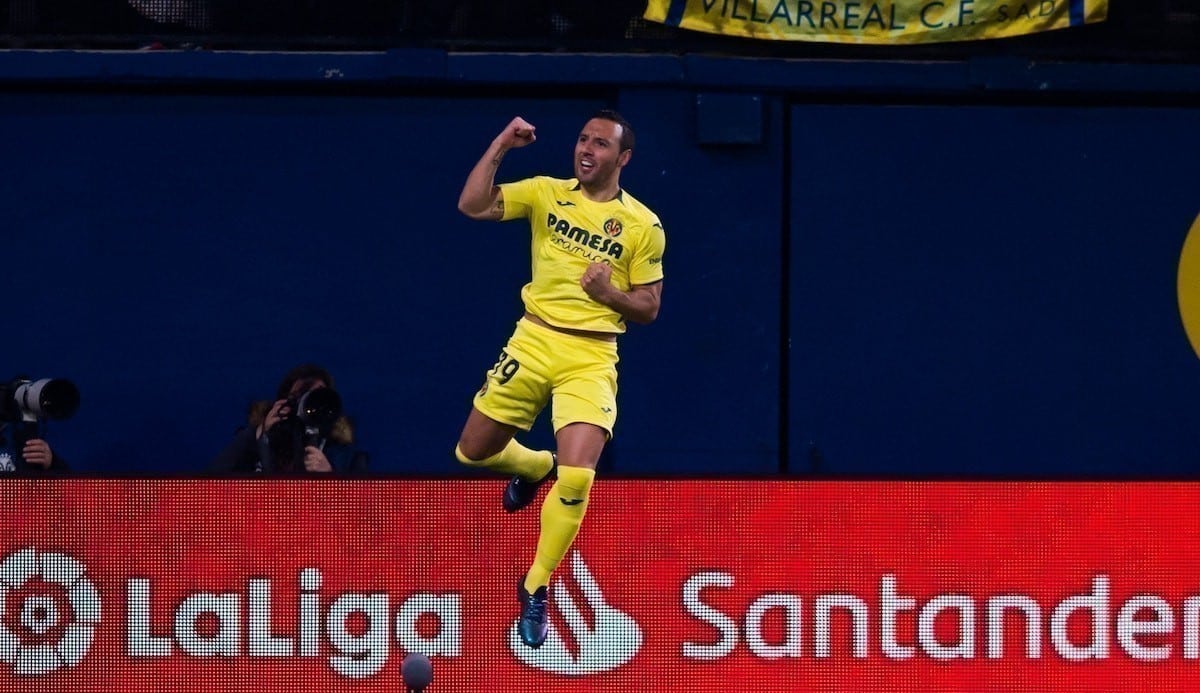 He's definitely looked like one. Make no mistake; Cazorla has earned his international recall. In 44 appearances this term across La Liga and the Europa League, he's scored six goals and registered 11 assists.

He's chipped in with some big contributions, too; he scored both goals in January's 2-2 draw with Real Madrid and was hugely influential during the chaotic 4-4 draw with Barcelona at El Madrigal. He teed up winners against Leganes and Real Sociedad recently, too, six points which helped ensure Villarreal's survival.

Cazorla has not lost it. A wonderfully elusive playmaker in his prime, he's returned from the depths of despair to provide a glimmer of hope during a troubling season at Villarreal.

“You always dream that one day you might return to the national team but after two years of injuries,” he said. “I'm very thankful to everyone who believed in me and helped me through the difficult moments”. 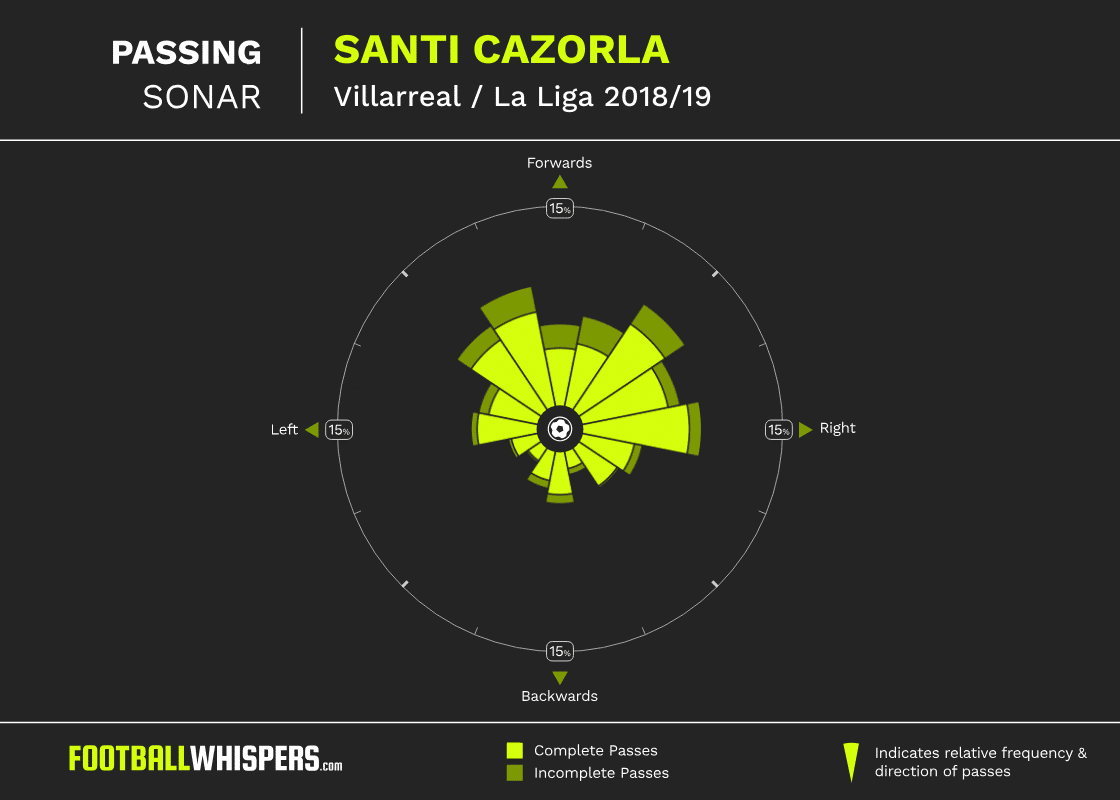 “I found out through my team-mates, at the end of the training session, I heard them chanting my name but I had no idea why. When they all started congratulating me I realised”.

Cazorla has been through a lot; more than most players could ever imagine. He was robbed of much of his peak years but it feels like football is finally giving something back.

The severity of the injury – the infection, the surgeries, the heartache – would have been enough to make most hang up their boots.

Cazorla isn't quite wired that way. He's fought an almighty battle with his body. It took longer than expected and it required extraordinary resilience, but he won.

He has 77 caps for the Spanish national team, playing a key role in their Euro 2008 success. His 78th – assuming Enrique uses him next month – will be something special. But nobody can say he hasn't earned it.