By beating Ipswich Town on Saturday Sheffield Wednesday secured their place in the Championship play-offs with a match to spare, lifting the Owls to within touching distance of the Premier League once more.

This is not uncharted territory for Wednesday, of course. A year ago, they reached the play-offs only to lose the final 1-0 to Hull City at Wembley, Mohamed Diamé’s stunning winner sending the Tigers up and leaving the South Yorkshire club rueing what might have been. Wednesday accepted that Hull were the superior side, but being edged by a late goal in a pulsating Wembley showpiece still hurt.

It’s impressive how Carlos Carvalhal’s side have returned to the drama and excitement of the play-offs for a second crack at it. If football always yielded happy endings, Wednesday would be in the Premier League next season. But it’s never that easy. The reality is that Wednesday will have to prove their worth in another gruelling two-legged tie before going one better than last year at Wembley.

Form books are so often ripped up when it comes to the play-offs. But Wednesday will approach them with a healthy dose of confidence, winning six on the trot to secure their top-six spot. Preparing for the play-offs while riding the crest of a wave will certainly not hinder their chances of promotion – but can Sheffield Wednesday really compete in the top-tier if they make it?

Despite what the table might say – Wednesday have already surpassed last season’s points total of 74 with 81 – it’s been a testing campaign that has stretched Carvalhal’s squad to the limit.

The Owls has been forced to compete without the services of key players such as and Gary Hooper for a lot of the season, disturbing – but not disrupting – their play-off quest. Fernando Forestieri, the club’s popular Italian striker, has also struggled with a knee injury. But Wednesday have persevered admirably.

At 46 games, the Championship season is enormously draining. Yet Wednesday have shown how to run the marathon. In February, they lost consecutive games to Brentford and Leeds United and were left glancing nervously over their shoulders at Fulham and Norwich City. At that stage, Wednesday’s play-off place was under threat but their resilience shone through.

However, Wednesday probably couldn’t contend with such an extensive injury list in the Premier League. To compete with the best, Carvalhal will require significant investment in the squad or risk a disastrous top-flight return, like Hull this season who failed to land their summer targets and saw Steve Bruce resign.

Strengthening the squad is undoubtedly the most important thing and focusing their transfer strategy on proven Premier League experience would certainly be wise. 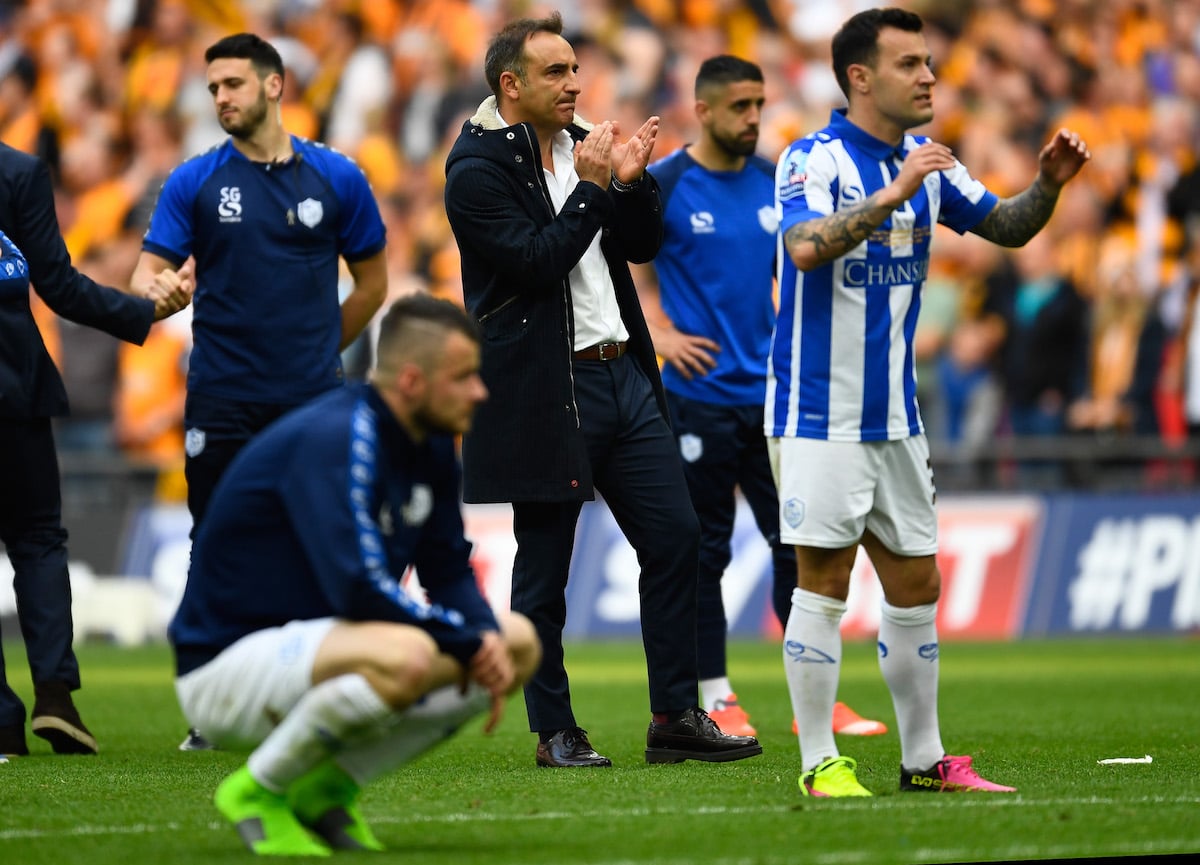 read more: 5 keepers for aston villa to target this summer

Right man for the job

Investing wisely in your squad is not usually enough to retain a club’s Premier League status. In Carvalhal, Wednesday have an intelligent and driven coach who has made huge strides since taking over in 2015.

In the 2014/15 season, the Owls managed only 60 points as they finished 13th under Stuart Gray. Although that was viewed as a good finish by most at Hillsborough, Gray was replaced by Carvalhal during a complete overhaul of the club’s management structure, with the introduction of a sporting director committee.

There was a feeling of consternation over Carvalhal, who had never lasted much longer than a year in a managerial role. Yet the Portuguese coach proved his doubters wrong. Whereas Wednesday had been one of the Championship’s most unspectacular sides under Gray, Carvalhal introduced greater ambition to the club – and that has been a recurring motif on this entertaining two-year journey.

The important thing to note, of course, is how Carvalhal has managed expectations. After narrowly missing out on Premier League football, the club's supporters expected much of the same, only with promotion at the end.

But it was never going to be easy. When Wednesday slipped out of the top-six earlier in the season, some expected others to prevail and for the Owls to narrowly miss out.

But, with shattering defiance, Carvalhal and his players have only improved, embarking on an unbeaten run since St Patrick’s Day which included an impressive 2-1 win over now promoted Newcastle United.

Carvalhal’s work at Wednesday deserves immense credit, which makes it all the more troubling to hear reports that the club may be prepared to sack him if he fails to secure promotion.

Although the Owls have spent £25million since his appointment two seasons ago, it’s difficult to imagine many other managers completing the transformation from mid-table obscurity to promotion hopefuls. Particularly this season, though, as Carvalhal has altered the style without the talents of some of his crocked stars. 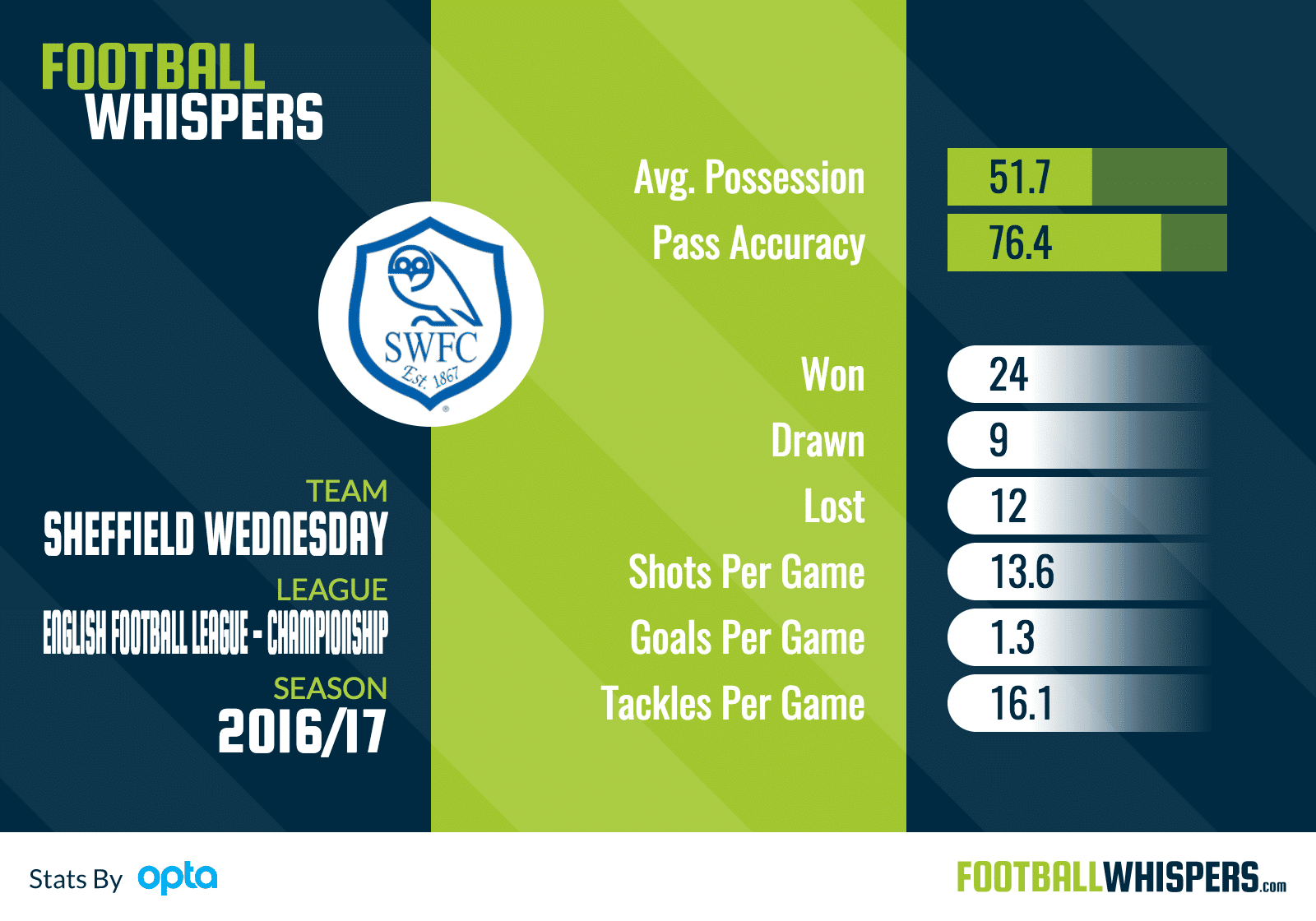 read more: where did it all go wrong for leeds united?

It is that flexibility, pragmatism and tactical nous that has established Carvalhal as one of the most impressive thinkers in the Football League – and suggests he has the experience under his belt to tackle the Premier League.

Carvalhal, by his own admission, is a resilient coach explaining how he was well-equipped for the rigours of a fight to secure a play-off spot. “Sometimes I receive a kick on the head but the next day I am ready again,” he said in March.

“The fans of Sheffield Wednesday and people from Yorkshire in general are like this. We can go down but people like us react fast and have success soon after. The reality is that we're in the same position as last season, with the same number of points, so we are not better or worse. The only difference is last season we missed one player – this season we have missed more.”

The reality is that the other teams in the play-offs – Reading, Huddersfield Town and Fulham – have as good a chance as Wednesday. But, after 17 years outside the Premier League and the close-call last season, few would begrudge the Owls a return to the top flight.

Should they make it, Carvalhal deserves to get the time, resources and patience to make it work. The Premier League is always a daunting prospect for any club going up but, if it’s Wednesday, they have proven that they have the character, togetherness and perseverance to survive.

They’ll have to get there in the first place, of course, but it would be a brave man to bet against them.