Nottingham Forest sit just outside the play-off places as things stand but will be aiming to move into the top six this weekend with a win away at struggling Cardiff. The Bluebirds look set for a relegation battle this season and defeat on Sunday could see them drop into the bottom four.

We're not expecting this game to produce a lot of goals as five of their last six meetings in league and cup have produced under 2.5 goals. Under 2.5 goals have also been produced in two of Cardiff's last three league games as well as in four of Notts Forest's last six outings in all competitions, so you can see why we're predicting a tight and tense 90-minutes in Wales.

Cardiff vs Nottingham Forest: Take a look at the head-to-head stats yourself.

Can Forest continue their promotion push against the Bluebirds?

Cardiff made the trip to Bristol City last weekend where despite opening the scoring through Collins in the 31st-minute, the Bluebirds would go on to lose the game 3-2. Watters scored Cardiff's other consolation goal late on but overall, the visitors deserved to lose due to their poor defending. Cardiff now sit 1pt above the relegation zone and boast the third worst goal difference in the Championship.

Notts Forest cruised to another 3pts in midweek, defeating bottom of the table Barnsley 3-0. Davis and Yates scored goals in the first half and Johnson added a third in the second to make sure of the points. Forest a reperforming really well this season and look like they will be one of the play-off contenders come the business end of the campaign.

Cardiff: Kieffer Moore is the main doubt for the hosts this weekend. 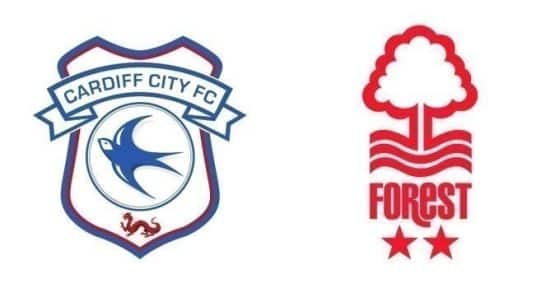