Millwall's last game was marred by some controversy around the taking of the knee. Can they get back to doing their talking on the pitch? Find out with our Cardiff vs Millwall match preview with free tips, predictions and odds mentioned along the way.

We kick off our three predictions labelling this match between Cardiff and Millwall as a draw. Cardiff have made an unbeaten start to the campaign but have recorded three draws in their past five home games. As for Millwall, they suffered a first loss of the season last time out. A draw would make sure that doesn't become anything more than a one off blip and with two draws in their last five it's not implausible by the form book either. If you're still unconvinced then all of the last seven head to heads have seen points shared too.

The total goals market for this match isn't nailed on statistically; it does mean the odds can bring you some much sought after value though. Three of Cardiff's last five games have been short of the 2.5 cut off. For Millwall it's just two of five. The more consistent numbers come from the head to head record with nine of the past 10 failing to hit the three goal mark.

Where shall we start with our 1-1 correct score prediction? We guess the obvious place is the head to head history. We've already told you that seven on the bounce have ended all square; what we kept back was the score lines. The last three have all ended with one goal for both sides as have four of the past five. It's hard to ignore consistency like that. On top of that though, Millwall have drawn two of their last five by that score with Cardiff achieving the feat once.

Odds, Stats and more for Cardiff vs Millwall

Both Cardiff and Millwall are tough sides to beat and that's proven by their form over the last few games. Cardiff are unbeaten in five, winning three and drawing two, whilst Millwall have won two, drawn two and lost one of their last handful of matches. That's often proved to be the case with the pair regularly cancelling each other out in ‘typical Championship' style. If either side is to win this match then it will be down to a moment of madness or a moment of genius; over to you Leandro Bacuna and Jed Wallace.

Pre-game questions for Cardiff vs Millwall 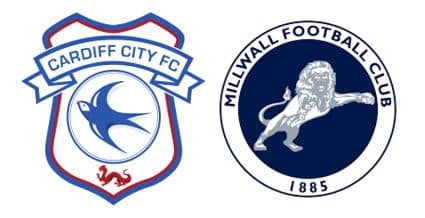