Cardiff vs Fulham: Check out our betting tips

Another game week has come and gone and Fulham have edged closer to getting their hands on the Championship title. Will it be more of the same here? Find out with our Cardiff vs Fulham match preview with free tips, predictions and odds mentioned along the way.

We begin our predictions for this game by backing the league leaders, Fulham, to win again. The Cottagers have won three of their past four games and have seven wins in their last 10. Cardiff meanwhile have shown a real mixed bag of form having lost five of their past 10. Bring in the head to head record that shows Fulham have won three of the last five meetings between these sides whilst losing just one and things look good for another Fulham win; Cardiff have not beaten Fulham when the home side since 2018.

When Fulham win it is more than likely that Aleksander Mitrovic will score. We fancy Mitrovic to score in this game as well. The Serbian striker has already bagged a record breaking 33 goals in the Championship this season and after bagging a brace on Wednesday – his sixth goal in five Championship appearances – he will be buzzing heading into this match; he has already scored against Cardiff this season as well. It is fair to say the Bluebirds defence won't be looking forward to facing him.

Here are the key stats & form guide for Cardiff vs Fulham

Fulham and Cardiff could both do with three points but the reasons for being keen on the points are very different. One side, Cardiff, are battling to stay up whilst Fulham are gunning for a seat back at England's top table.

Cardiff had looked on course for an impressive win in midweek – away at Huddersfield – until a late collapse saw them head back to Wales with absolutely nothing. It was a big blow for the Bluebirds; they could do with another win or two to confirm their status as a Championship club next season.

Cardiff might be looking to secure their status as a Championship club for next season but Fulham have very different ideas. Automatic promotion is the absolute minimum for them this campaign and, in all honesty, if they don't win the title it will have been a bit of a throw away. 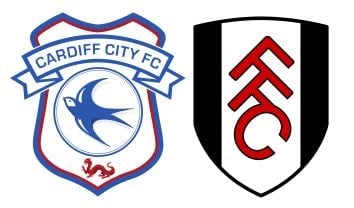