On Saturday, Coventry did the Bluebirds a favour by beating Reading, who sit one place behind them towards the relegation zone. Will they now do the Royals a solid and beat Cardiff? Find out with our Cardiff vs Coventry match preview with free tips, predictions and odds mentioned along the way.

Take a draw no bet on Cardiff

Coventry have won 12 games this season, and eight of those 12 wins were at home; Mark Robin's men have played 14 away games this season, and they've won just four of them. It's worth noting that Coventry won just two of their last 11 encounters with Cardiff, and those wins came at home; you'd have to go all the way back to 2004 in order to find the last time Cardiff lost at home to Coventry. Considering Cardiff have won three of their last four league games, we're leaning towards The Bluebirds; Cardiff should at least not lose this match.

Check out the key stats & form for Cardiff vs Coventry

Cardiff fans might have been a tad nervous when they saw Reading leading Coventry on Saturday afternoon but the Sky Blues turning it around has eased relegation pressure. That could all be undone here though if Coventry find another three points.

Cardiff's three match winning streak in the league ended at Millwall last weekend; they have now lost two of their last three games in all competitions. Steve Morison's men will welcome Coventry to the Cardiff City stadium where they'll hope to bounce back.

Coventry put an end to their three match winless run by defeating a struggling Reading side last weekend; they are now five points below one of the promotion playoff spots. Coventry will hope to string up consecutive wins in the league for the first time since September last year.

A brief FAQ ahead of Cardiff vs Coventry 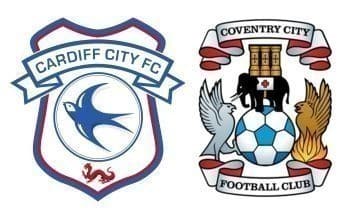