Saturday's early kick off sees Cardiff face Bristol City with the hosts looking to maintain their unbeaten start. Can they keep it going? Find out with our Cardiff vs Bristol City match preview with free tips, predictions and odds mentioned along the way.

Cardiff vs Bristol City: A trio of betting tips

Cardiff to keep chugging along

When Mick McCarthy arrived last season there were a few noises of discontent before a good run of form shut them all up. Well, this league season is four games old and you won't find many complaints about him now with two wins and two draws leaving his side unbeaten. By stark contrast, Bristol City are looking fragile with just one win (against a lacklustre Reading side) their only win in their last six games. Cardiff have won three of the last five meetings too.

Our next tip is that there will be a few goals in the game. Cardiff have surpassed the 2.5 mark in three of their last five games averaging 3.4 goals per match. Bristol City have a not too dissimilar record over their past five matches. Three of them have ended with at least three goals being scored; their average across those five games is 3.0 goals per game.

Flint to have the scoring glint in his eyes again

The last prediction we offer up is for Aden Flint to score at anytime. Cardiff's goal scoring this season has been somewhat of a freak streak but you can only ignore it for so long. For us, that time is now. The Bluebirds have scored 12 league goals so far with two thirds of them being headers. They're also a major threat from set piece, which is a big part of the reason we're backing the monstrous centre back Flint to score. The fact he already has four goals this season is another factor. Obviously.

Betting odds and key stats for Cardiff vs Bristol City

McCarthy's Bluebirds to keep on flying

Mick McCarthy's teams generally get labelled as pragmatic and boring but the other thing that often gets attributed to them is their ability to get results. With Cardiff having started the season unbeaten courtesy of several aerial goals and well worked set pieces, you'd have to suggest those labels aren't too far off the money. You won't find any Cardiff fans complaining though and with a centre back pairing of Flint and Sean Morrison there won't be many strikers getting an easy game.

Bristol City meanwhile were poor last year and it looks like being a similar story again in 2021/22. They've only taken four points from the 12 available and if that's going to change against Cardiff they'll need to find a way of getting the better of the aforementioned defenders; it could see Nahki Wells come in for his first start of the season to play off Chris Martin. 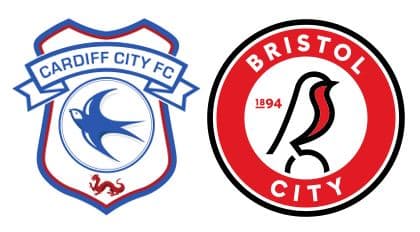