Birmingham are currently unbeaten in the Championship; will they still be come full time? Find out with our Cardiff City vs Birmingham City match preview with free tips, predictions and odds mentioned along the way.

They say predicting draws is one of the harder bets to call. For us, this game screams out as one that will see the points shared equally come full time. Sure, Cardiff have lost their last two games but, prior to that, they'd gone eight unbeaten whilst Birmingham have drawn three of their last four matches (at 90 minutes). On top of that, the head to head history supports a draw tip; three of the last five meetings – including the last two – have ended all square.

We have suggested this game might end level but in no way do we see this being a bore draw. In fact, we think it could be a game loaded with goals. Cardiff have seen their last two matches – and three of their last five – go over that 2.5 goal threshold. Their game average in that time has been 2.6 goals. Birmingham's record isn't dissimilar; three of their last four games have also gone over 2.5 goals; their average in that period of time is 2.8. The head to head record also shows three of the last four clashes going over 2.5 goals.

Can the Bluebirds beat Brum?

In reality, neither of these sides are likely to be in the playoff race come game 46. For now though, both have made reasonable starts to the new season giving their fans the opportunity to dream just a little bit. Will this game be another match that reaffirms those hopes?

Cardiff got their season off to a wonderful start as the beat recently relegated Norwich City but it's been downhill since then with two defeats on the spin – including a humbling from lower league Portsmouth in the week. In isolation, it's not a big deal. Lose here though and it's three defeats on the spin and that cycle can become tough to break.

Yes, Birmingham are out of the League Cup but it wasn't a defeat in 90 minutes and that takes Brum's unbeaten run extends to four games. That form combined with a reasonable head to head record against their hosts should see them head to Wales feeling confident.

A quickfire FAQ on Cardiff City vs Birmingham City 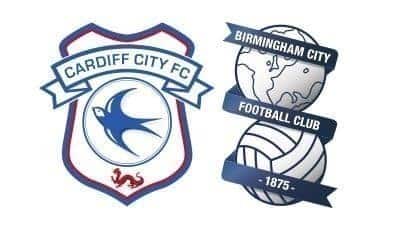