Cape Verde looks to extend their successive wins when they go up against Central Africa in their World Cup Qualifiers fixture. Central Africa would still be determined to turn things around for the World Cup in Qatar.

Here are our predictions for Cape Verde Islands vs the Central African Republic.

After remaining winless for three consecutive games, Cape Verde are back on their winning track with two consecutive wins before this game. On the other hand, Central Africa has been going through a long run of defeats and draws and have managed only one victory in the last ten attempts. They also were unable to take the lead in the home stadium against Blue Sharks in the previous meeting of the group stage. So Cape Verde would be keen to continue their streak with the help of an extra advantage of the home stadium in this match.

The last meeting between the teams was drawn with the scoreline as 1-1. Talking about the recent forms of the teams, Les Fauves have hit the target only once in the last five attempts while the hosting side has five goals in the same duration. So there would be reasons to expect the low-scoring total from both sides in this match.

Cape Verde has scored in all of the last four matches and also have found the back of the net against Central Africa in the last meeting against them. So we think that they would be able to score in their home stadium. But the visiting side is lacking discipline in their front line that has scored in only two games out of the last seven. Therefore, we expect the hosts to restrict their rivals and keep a clean sheet in this match.

Cape Verde Islands vs the Central African Republic: Check out the best odds and the latest stats

Blue Sharks remained winless for the first two games of WC Qualifying Round but managed two consecutive wins after that. The goal at the 90th minute helped them to take the lead against Liberia in their last match. Cape Verde are currently second in their group after four matches of the campaign.

Les Fauves have claimed only one victory in the four matches of the group stage so far and stand in the third position of Group C. Central Africa lost their last match to Nigeria by giving the lead of two goals in the first half. Moreover, the team has faced a terrible streak of disappointing results this year and will have to be disciplined in every aspect of the field to get a respectable position.

Questions About Cape Verde Islands vs the Central African Republic 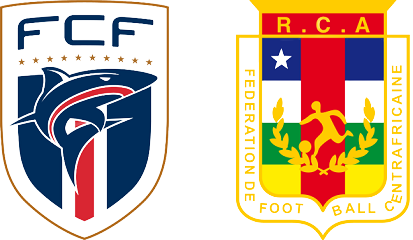 Where is the game being televised? Sport TV and Viaplay.