Everton are looking to bridge the gap between them and the Premier League’s new powerhouse top six.

Finishing seventh last term was an excellent return, but with significant investments made this summer, they will be looking for more.

It’s a difficult ask for the Toffees, since the team that finished above them spent £75million in poaching Romelu Lukaku to Manchester United.

Icelandic midfielder Gylfi Sigurdsson has been an Everton transfer target all summer, and as Paul Clement admits, something needs to be sorted for the 27-year-old, sooner, rather than later.

“The deadline I want it to be is imminently for everyone involved at Swansea and Gylfi included,” said the Swans boss. “I'm not going to put an actual day on it, but imminently means in the very near future.”

The Welsh side have put a £50million price tag on their man, which is exactly the same price that the Merseyside club are also wanting for their midfielder, Ross Barkley.

The 23-year-old is a Spurs transfer target, and that’s the move the England international wants, but the price is stopping Mauricio Pochettino arriving at a deal.

Sigurdsson has played 182 Premier League games, scoring 42 goals and adding 34 assists. Last term he contributed to 22 goals, setting up 13. Barkley is younger, but has played 150 times in England’s top flight.

He helped the club to 14 goals last season, and has 21 goals and 21 assists in his century and a half of football.

Who is the better player? Is either of them worth £50million in the current market and would the Iceland international be an adequate replacement for Barkley?

Here is how the statistics measure up. 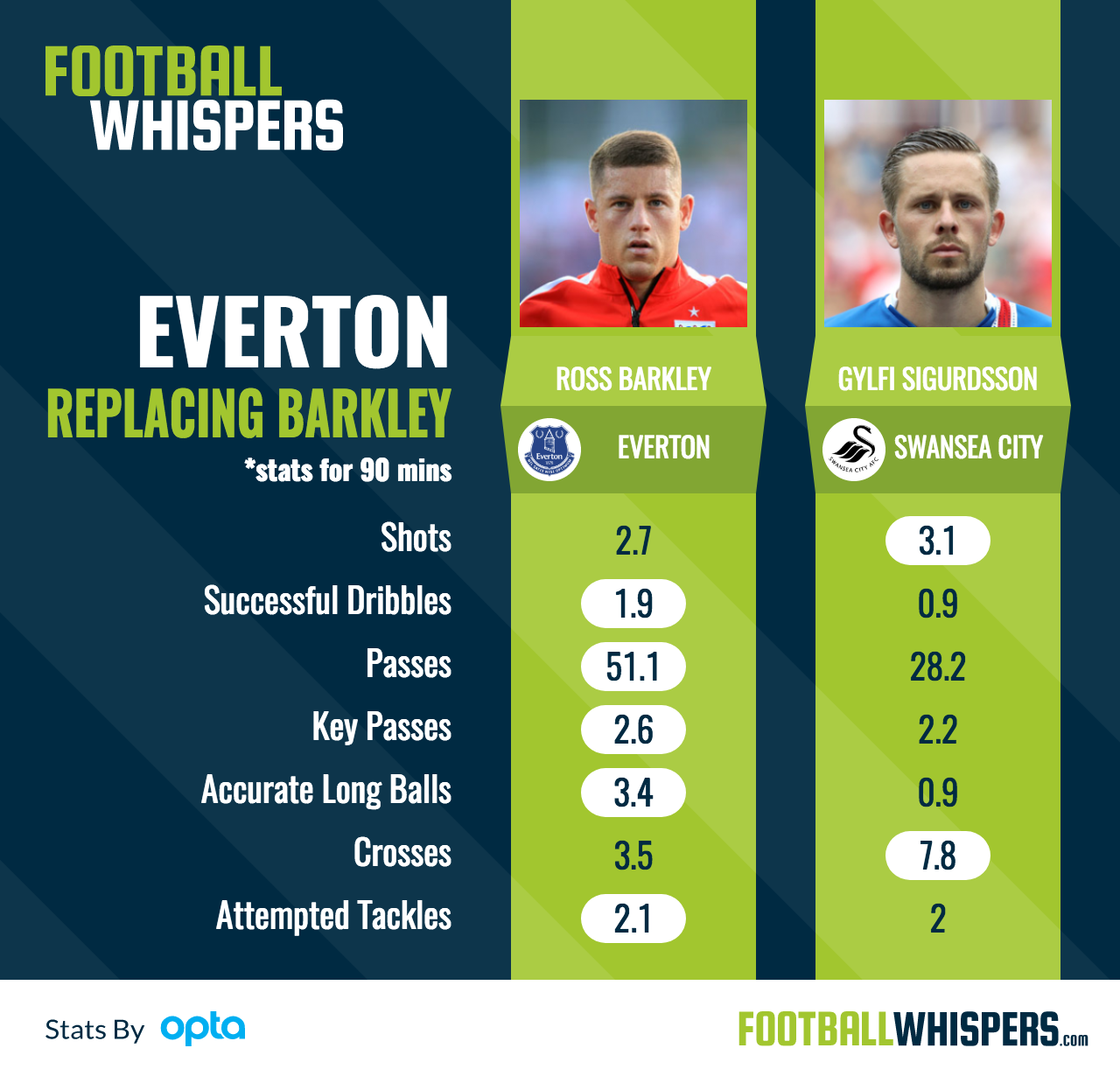