Aston Villa find themselves in a bit of a predicament.

Injuries have decimated their squad. John McGinn is ruled out for the foreseeable future with a fractured ankle while Tom Heaton and Wesley are set to miss the rest of the season after damaging their knee ligaments in the 2-1 FA Cup win over Burnley.

That's Villa's first-choice goalkeeper and two players responsible for close to 30 per cent of their Premier League goals this season. The word ‘disaster' springs to mind.

Dean Smith has acted quickly to sign former Liverpool keeper Pepe Reina on loan from Milan. A striker is on the cards this month, too, with Villa being linked with a host of names.

However, this decision can’t be rushed. It's no exaggeration to suggest getting this right could be what is the difference between survival and relegation. Without goals, you’re as good as finished in the Premier League. For example, Danny Ings has fired Southampton up the table having scored ten in his last 11 outings. The former Liverpool is responsible for 51 per cent of the goals scored by Ralph Hasenhüttl’s side this term.

Villa lack that goal-getter supreme. They’re currently without a reliable menace in the penalty box. Addressing that is a priority but Smith and the recruitment team can’t just settle for anybody.

Sieving through the recent links, we’ve taken a detailed look at the candidates who could be tasked with filling the void let by Wesley.

Without a goal since April, the Belgian forward enjoyed the best spell of his career at Villa Park. The 29-year-old netted 42 times in 89 Premier League appearances for the Villans to earn a £32million move to Liverpool in 2015.

However, afforded just 14 league starts and nine goals in his single season at Anfield, Benteke then moved to Crystal Palace for a club-record £27million a year later. After a bright debut campaign with the Eagles, in which he scored 15 times, he’s struggled. Since the start of the 2017/18 campaign, Benteke has just four goals in 61 games.

Turning to him to solve a goalscoring crisis may seem misguided. But if the one-time Genk man is ever going to rediscover the form that made him one of the most feared strikers in the Premier League, returning to Villa may be the catalyst to that.

Despite his lack of goals, Benteke still has an impressive expected goals (xG) average (0.29) since the start of last season. For context, Wesley’s average prior to suffering the season-ending injury was 0.30 per 90.

With Palace seemingly open to loaning the Belgium international out, a reunion with the Villa Park faithful could be on the cards. It could be the perfect deal for all parties. 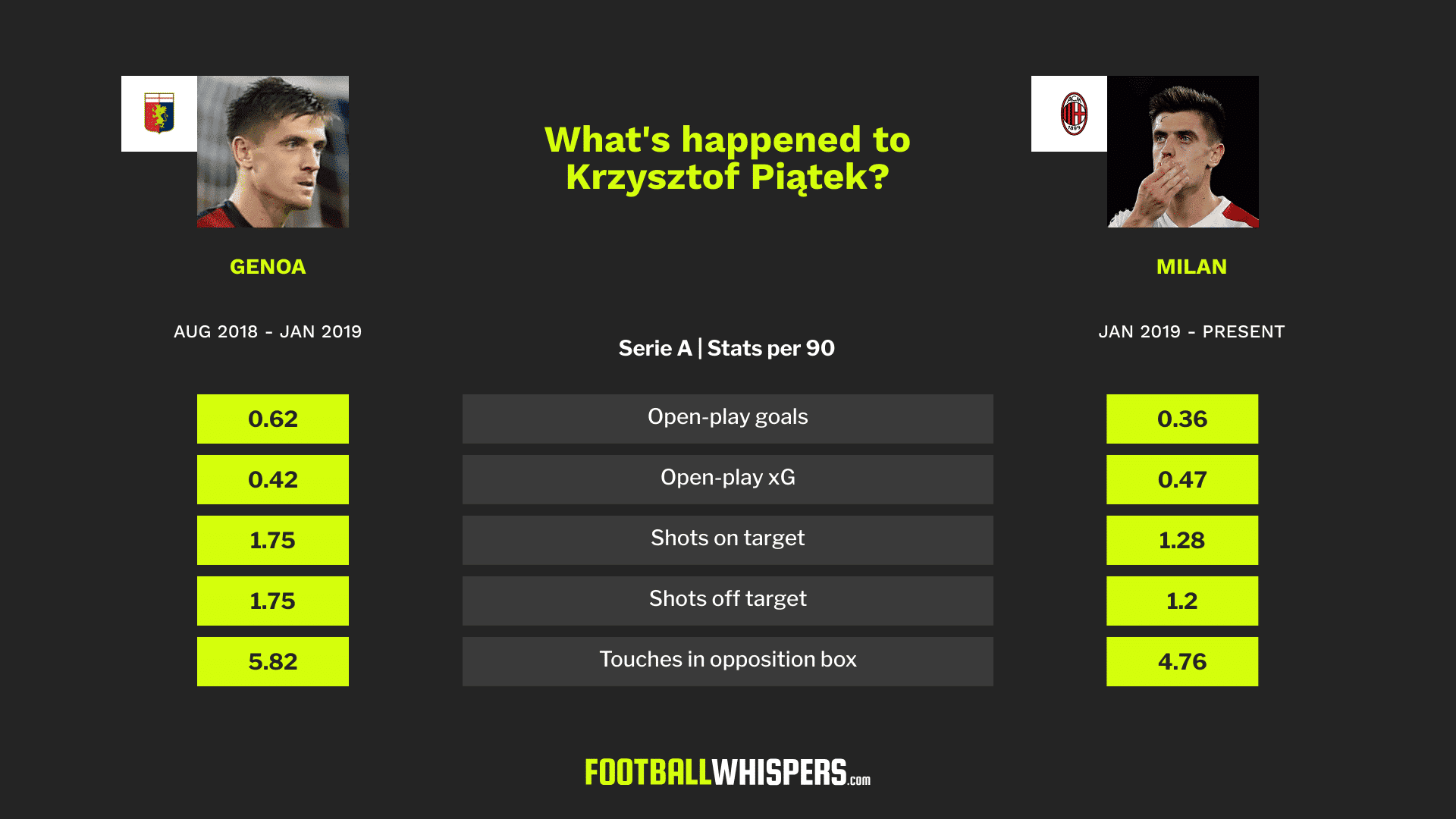 Much like Benteke, the Milan forward finds himself in a bad patch. Just 12 months after being courted by some of the world’s elite clubs, the Milan No.9 is being shown the exit door at San Siro.

According to reports, the Serie A side are open to letting the Poland international leave on loan. The 24-year-old, also a target for Tottenham Hotspur, would be something of a risk for Villa.

Untried in the Premier League, it would be a gamble to expect him to hit the ground running and start banging in the goals. Something he’s scarcely done since the January move from Genoa.

While he’s still getting into good positions, his finishing has deserted him over recent months. It could be an issue with confidence and he could start firing again. But there’s no guarantee and when Premier League survival hinges on those goals, it seems like an unnecessary risk. 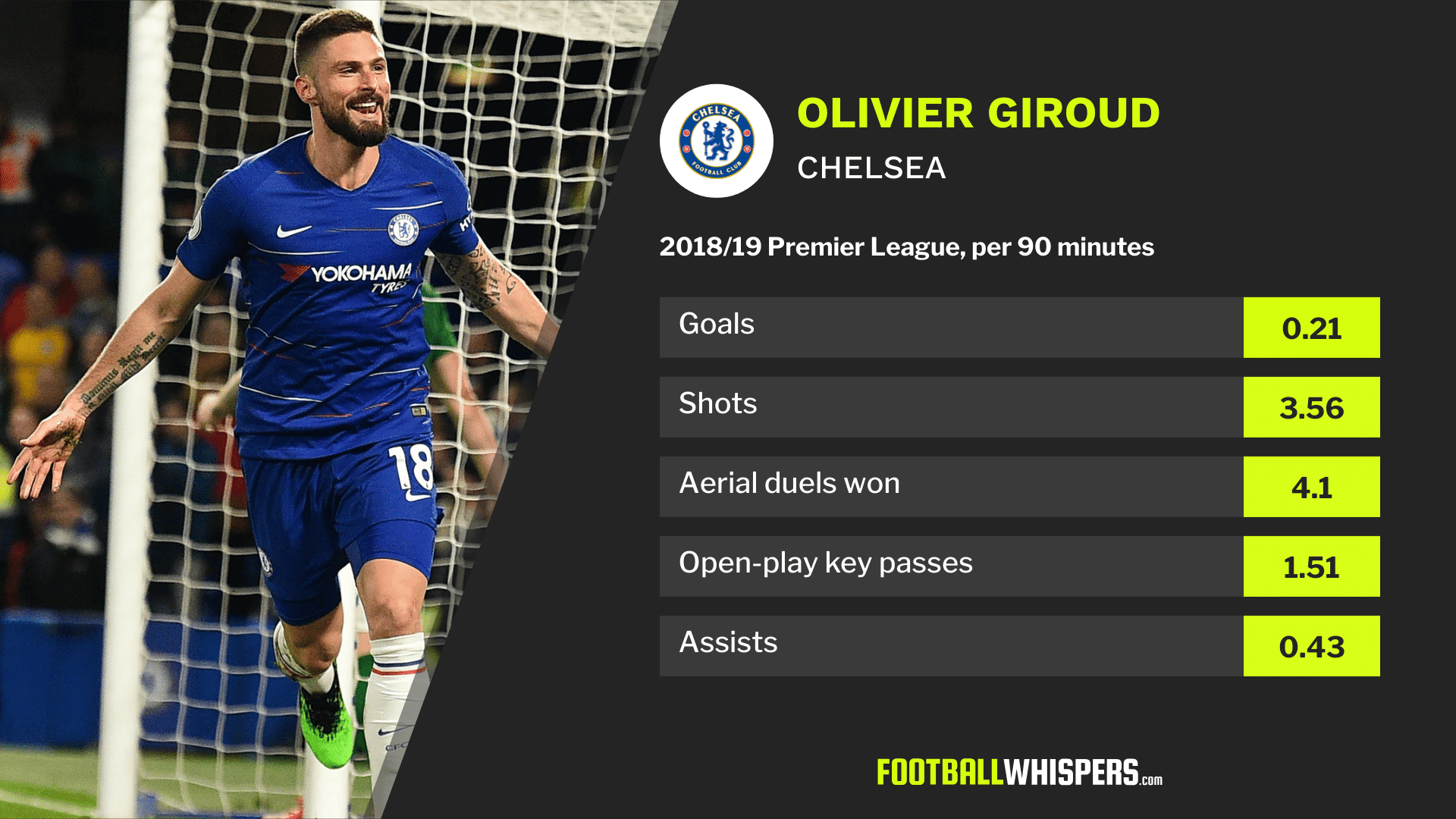 The World Cup winner is agitating for a move away from Chelses after falling behind Tammy Abraham and Michy Batshuayi in Frank Lampard’s pecking order.

According to reports in L’Equipe, the Frenchman is believed to want to move in order to get more playing time ahead of the 2020 European Championships where he will hope to lead the line for les Bleus once more.

He’s been most frequently linked with Internazionale but if he’s in search of regular minutes the Nerazzurri aren't in a position to offer that to him thanks to Romelu Lukaku's form. Villa, on the other hand, could use him in place of Wesley in certain matches and he’d get time off the bench, too.

Giroud wouldn’t be a long-term option. At 33 he’s coming to the end of his career. But as he showed for Chelsea last season, he still has something to give and Villa need someone to have an impact now.