If Germany has proved a happy hunting ground for Premier League exports of late, Italy remains a destination shrouded in uncertainty.

Yes, while in the last year we have seen Ademola Lookman, Jadon Sancho and Reiss Nelson thrive in the Bundesliga, highlighting Germany's top-flight as the most attractive destination for English starlets looking to further their careers, Serie A has in recent times been a harsher environment.

Joe Hart, having been told that he was surplus to Pep Guardiola's requirements at Manchester City, failed to revive his career at Torino.

The former England goalkeeper was seemingly unmoved by the struggles of his former City teammate Micah Richards who, despite making a concerted effort to settle into his scenic surroundings at Fiorentina, fell foul of Vincenzo Montella's mid-season switch to a 3-5-2, leaving the defender aching for a return to England.

Ravel Morrison, the talented but wild former Manchester United youth star, flickered briefly after a surprise move to Lazio but his influence in the Eternal City was ephemeral. He now plays for Club Atlas in Guadalajara.

While these examples would appear to offer compelling evidence that players bred in England are fundamentally unsuited to the stylistic differences of the Italian game, there is a feeling that Aaron Ramsey‘s move from Arsenal to Juventus could be a game-changer.

After a decade at the Gunners, Ramsey will be out of contract in June. Although he is the club's longest-serving player, Arsenal were unwilling to meet the Welshman's wage demands which are believed to have increased after Mesut Özil penned a deal worth £350,000-a-week.

Being out of contract is a deeply unsettling prospect for most footballers but it's been clear for some time that Ramsey was never going to be shy of suitors. Free to negotiate a pre-contract with foreign clubs, he was linked with Bayern Munich, Paris Saint-Germain and AC Milan.

Juventus, though, edged their rivals. This week, the move was confirmed by all parties, with the player set to earn £250,000-a-week in Turin.

And Ramsey's move feels different. While Hart and Richards attempted to resuscitate their careers at slightly smaller Italian clubs, the level of interest in Ramsey's signature shows he is not going to Turin to revive anything.

He is, however, embarking on a bold new chapter, one which may, if things go his way, alter perceptions about British players in Italy.

Firstly, the transfer makes sense. For the player, it is a hugely exciting opportunity to join one of the best sides in Europe, a genuine powerhouse whose designs on European domination were so intense they decided to fork up a club record fee for Cristiano Ronaldo. Speaking of, the lure of playing alongside the five-time Ballon d'Or winner cannot for a creative mind like Ramsey.

Having just turned 28 on Boxing Day, he is an age at which he can offer the Italians experience, maturity and relative longevity.

As for Juve, Ramsey can certainly flourish in Massimiliano Allegri's system at the Allianz Stadium. This season, he has primarily deployed a 4-3-3 with Miralem Pjanić and Blaise Matuidi featuring most prominently having started 16 and 15 Serie A games this season. Allegri has also used Rodrigo Bentancur, Sami Khedira and Emre Can, the latter two of whom represent a couple of the club's successful free transfers in recent years. 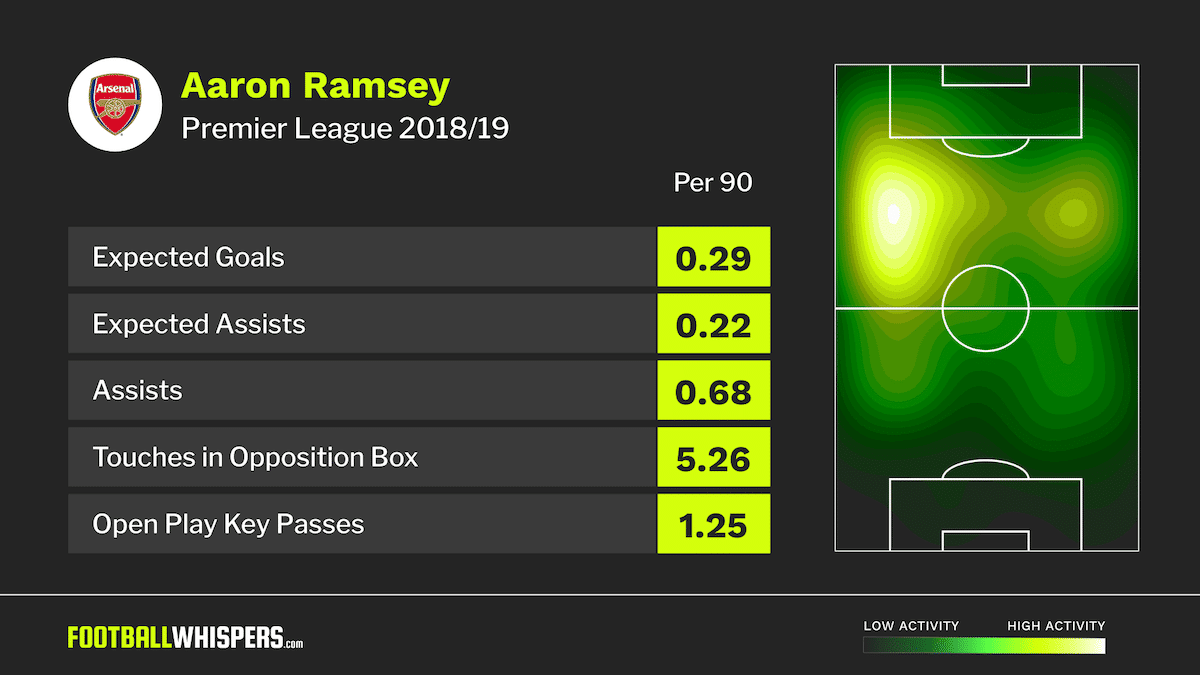 However, Allegri has recently deployed Paulo Dybala out wide – not the Argentine's preferred position – with Matuidi and Can ahead of the deep-lying Pjanić in midfield.

With Juan Cuadrado injured and Douglas Costa a regular benchwarmer, Allegri lacks natural width but appears more determined to sign another player who can influence the game from central areas, a more naturally forward-thinking operator than Can and Matuidi.

It is Ramsey's preferred position, an area in which he has the freedom to express himself in the final third, link the midfield with attack and unlock the opponent's defence by finding the runs of Ronaldo and Mandžukić.

Ramsey is most effective as the No.8 in a three-man midfield, where is capable of running between the lines, creating overloads and making late runs into the box. He has never been regarded as a box-to-box dynamo or a natural No.10, but he can be devastating as the most-advanced member of a midfield three.

This season, for example, Ramsey has demonstrated his capacity for invention. With six assists – all of which have come in open play – in 687 minutes of Premier League action, his rate of 0.68 assists per 90 is higher than any other midfielder in the division.

Despite having only started eight of Arsenal's 21 league outings this term, he has more assists than any of his teammates (to compare, Özil has one from 980 minutes). 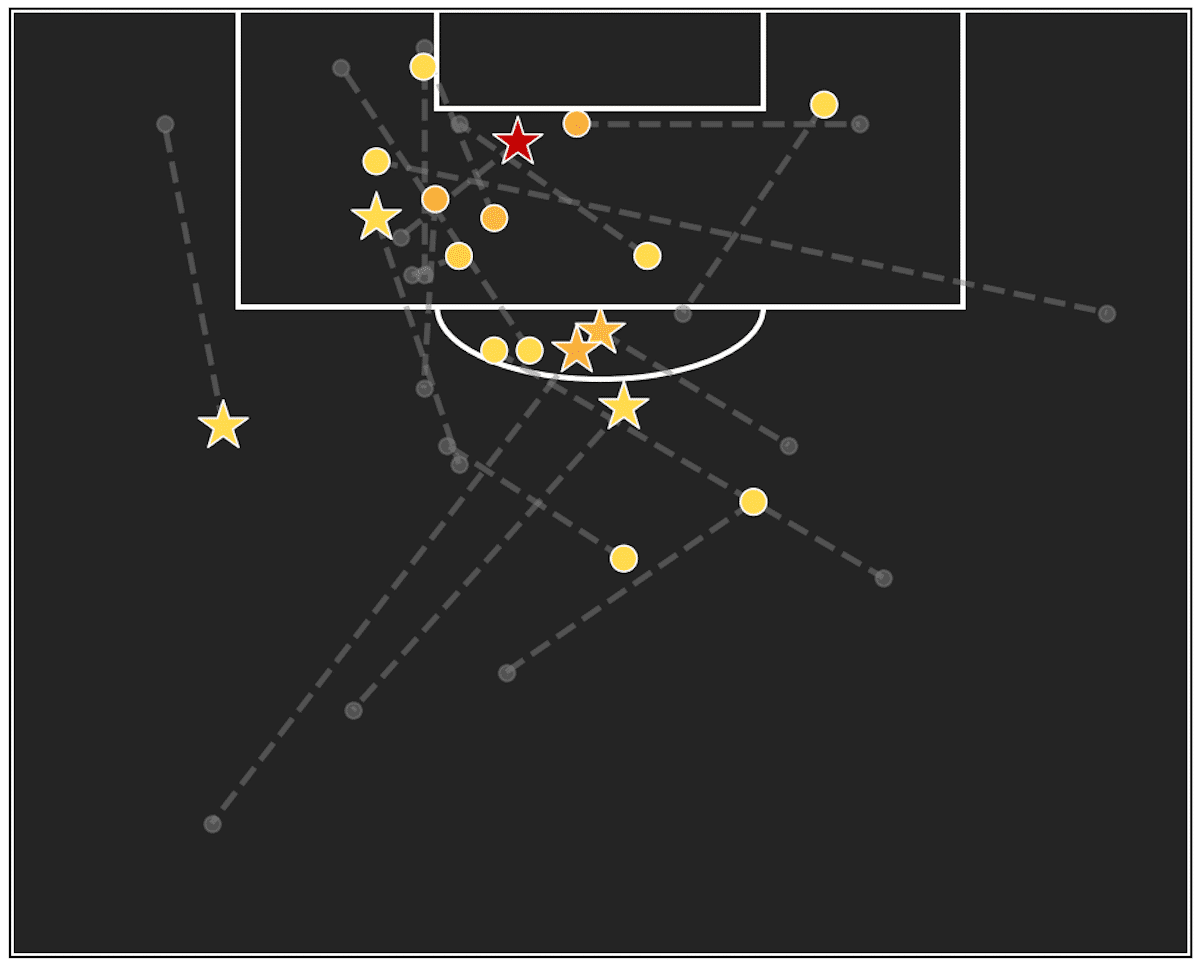 With the discipline and nous of Pjanić, Matuidi or Khedira behind him, Ramsey could be a revelatory presence in the Juventus midfield and a consistent line of support to Ronaldo.

Of course, the flip-side is that Ramsey won't be a guaranteed starter in Turin. Should he make the move, the former Cardiff City man would face stiff competition for a regular starting berth under Allegri, much like how he has vied for a spot in Unai Emery's team following the arrivals of Lucas Torreira and Matteo Guendouzi.

The winds of change have swept through north London in recent months and Ramsey doesn't align with Emery's very particular demands.

Like Özil he looks somewhat out of step in the Spaniard's reign but while the German's long-term future remains a mystery, Ramsey has the tantalising opportunity to reinvent himself in Italy, win titles and become an integral part of one of the best teams on the planet.

It will, of course, be a significant challenge, acclimatising to a new culture, learning a new language and adapting to a league that is markedly different from England's top tier.

But, if it works out for him and he begins to shine for Italy's pre-eminent force, it may alter opinions on British players succeeding in the modern Italian game and open the floodgates for a number of Premier League players to follow his path.