“Am I worried? I think I've got to be worried, given how we're performing at the moment,” said a frank Steve Bruce to the BBC after an Adam Armstrong penalty and a Tom Bradshaw brace helped Barnsley seal a 3-1 win away to his struggling Aston Villa side last Wednesday.

It was Villa's fourth consecutive loss and their seventh in eight games in the 2017 calendar year. Their winless run spanning nine matches has left them looking over their shoulder, as they are currently just seven points above the relegation zone. No wonder Bruce is worried. And to make matters worse, Villa face league leaders Newcastle United next at St. James' Park. There, they have ample reason to look over their shoulder, as a certain Dwight Gayle will no doubt be looking to run off it at every opportunity. Because that's what he does.

“It’s important for the team – we needed to have another kind of striker,” said manager Rafael Benitez following Newcastle's 2-2 draw with Norwich City, their most recent fixture, in which Gayle featured off the bench. “The two players [Aleksandar Mitrovic and Daryl Murphy] can hold the ball up or be a target man, and he’s someone that can run and create his own chances and take chances.” 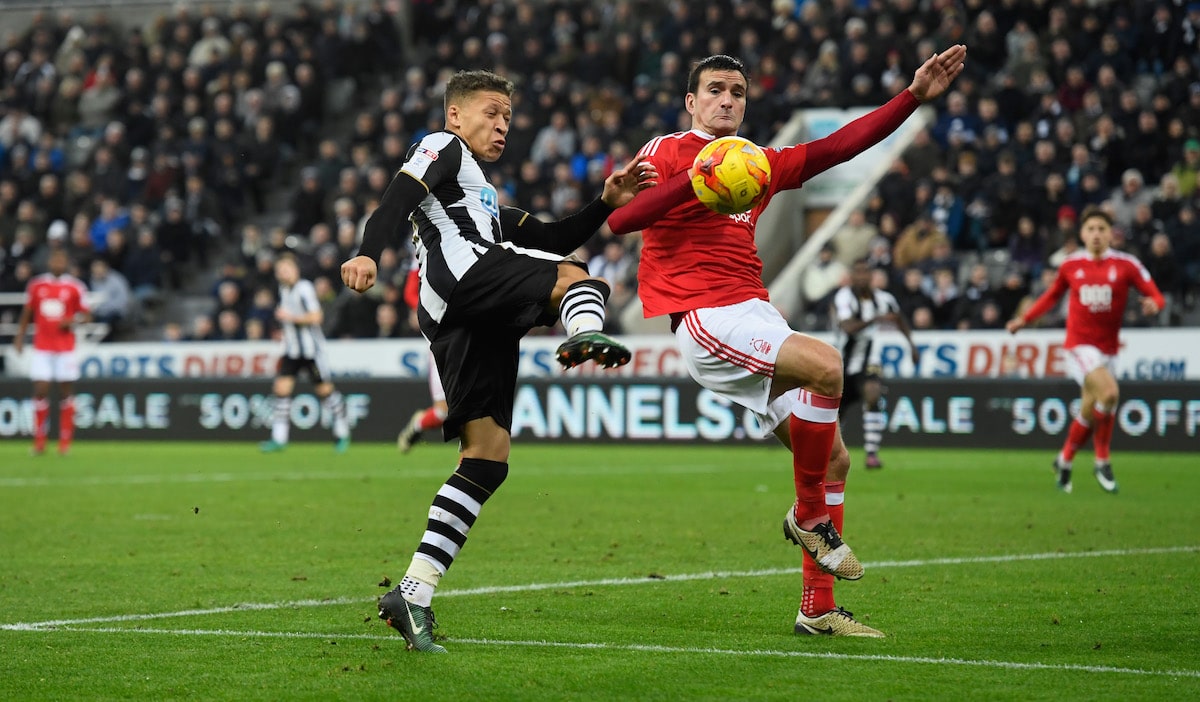 And take them he has. Gayle leads the Championship scoring charts with 20 goals this campaign, an impressive haul in his debut season with the Magpies, who bought him from Crystal Palace, a team currently struggling for goals themselves in the league above, with a record of just three scored in the seven league games they have played so far in this year. Oh how they could use him now. But as the saying goes, hindsight is 20/20.

Truth be told, he struggled to hold down a regular spot in Palace's starting line-up for different reasons, and before his transfer last summer, his scoring record was hardly eye-catching for them over the three seasons he spent at Selhurst Park, with his record standing at a mere 15 goals in 64 league games. But he was a player in whom great potential was seen earlier in his career.

“He listens,” said then Peterborough manager Darren Ferguson back in 2012 to BBC Radio Cambridgeshire. Gayle spent some time on loan with the club, a spell that turned out to be successful, resulting in a permanent deal for him. “He picks up things quickly,” Ferguson continued, “which is always a sign of a good player. He's going to be a really good player the boy.” 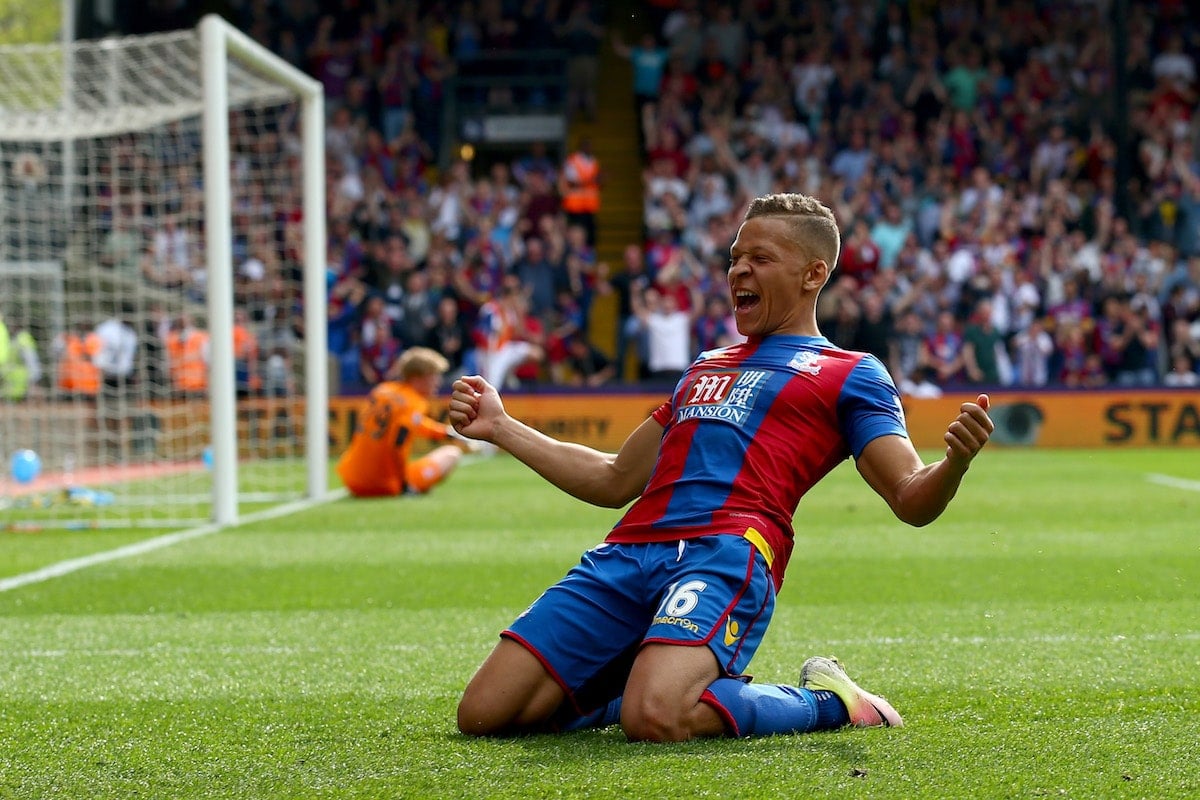 Perhaps this season suggests he is finally fulfilling his potential. Does that mean he will take the Premier League by the scruff of the neck at the second time of asking? Well, the gulf in quality between the Premier League and the English Championship is almost immeasurable. Though it is not impossible, time and again strikers who have scored goals for fun in the lower tiers of English football have found the step up to the Premier League to be one they cannot quite handle.

READ MORE: WERE NEWCASTLE UNITED THE BEST SIDE NEVER TO WIN THE PREMIER LEAGUE?

There are a few exceptions, however: Rickie Lambert, a serial goalscorer for Southampton as the club worked its way up the English football ladder, took to the top flight almost like a duck to water, reaching double figures (15 and 13, respectively) in his first two seasons there before moving  on to boyhood club Liverpool.

Troy Deeney is another who, although not among the league's best, has proven himself capable of holding his own in the top flight to date. Prior to Watford's promotion in 2015, the Hornet's striker, like Lambert, had no trouble finding the net in the lower leagues. In his final two seasons in the Championship, he scored 23 and 21 goals respectively. In his debut top flight campaign, he netted 13 times and recorded seven assists. This season to date, he has seven goals to his name. 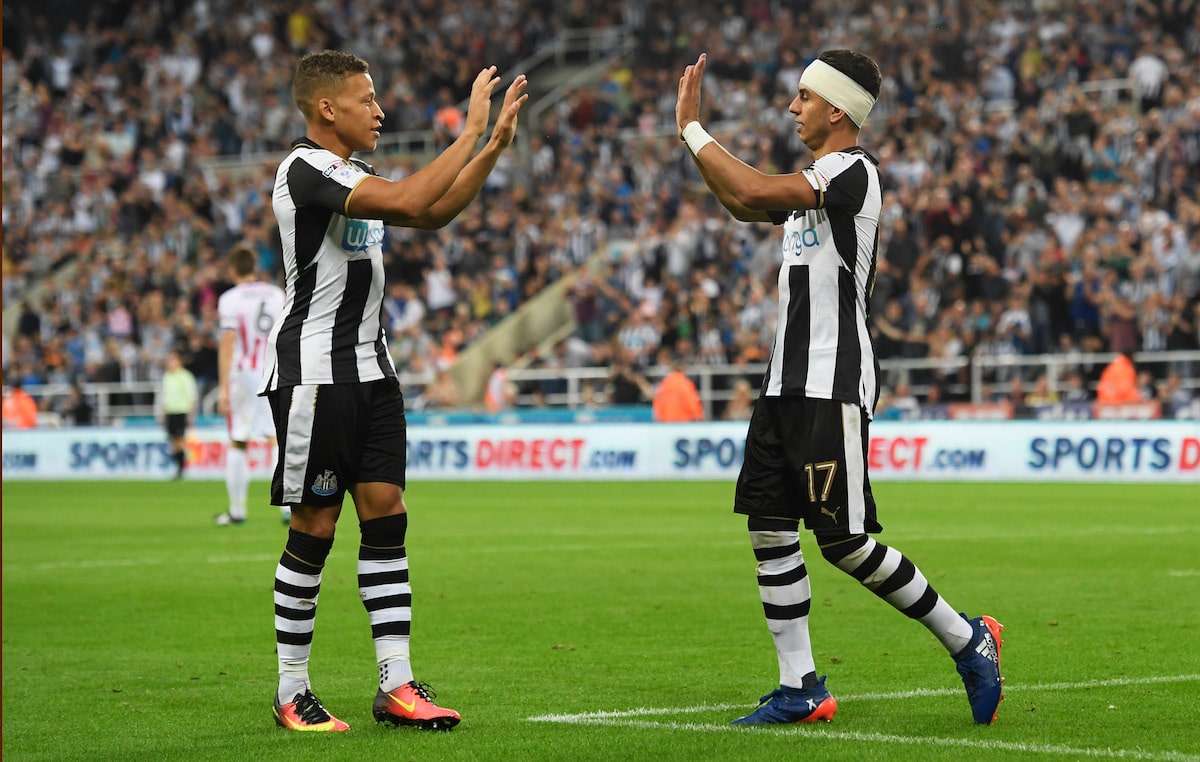 Jamie Vardy, for all Leicester City's struggles this season, deserves to be mentioned as well, given his exploits in what proved to be a memorable 2015-2016 campaign for both him and his club. He netted 16 goals in his final Championship season. The following term in the top flight, he managed just five goals. But last season he scored 24 times, just one behind eventual top scorer Harry Kane. He has five goals to his name this campaign, but no doubt Leicester's poor form overall has affected him.

So there is definitely hope for Gayle. Increasing his chances of success this time around is the fact that he took it upon himself to try and improve when things were tough at Palace. “I am looking to work myself in the gym and get a bit stronger,” he said back in 2014. “I'll have to improve myself tactically too. I suppose my hold-up play needs to be better and I need to help out the team bringing others into play.”

He has now gotten the regular game time that he desperately needed in order to improve in the areas he mentioned, and is undoubtedly reaping the rewards now. Should Newcastle, as expected, return to the top flight next season, fans would be hoping to see him reap even more.