Newcastle United's lack of transfer business has been the cause of much consternation over the last few years, with fans and manager Rafael Benítez alike frustrated with the absence of significant investment in the Magpies squad.

St James' Park is reportedly set to welcome its first new arrival of the January transfer window, however, in the form of Belgium left-back Jordan Lukaku, younger brother of Manchester United striker Romelu.

At Lazio since the summer of 2016, the former Oostende defender has found playing time hard to come by in Serie A this season.

A knee injury ruled him out of last summer's World Cup and kept him sidelined at the beginning of the 2018/19 campaign, and he hasn't been able to re-establish himself in Simone Inzaghi's line-up since returning to fitness.

He did, though, feature 44 times for the Biancoceleste last term, and has been capped seven times at senior level by Belgium. 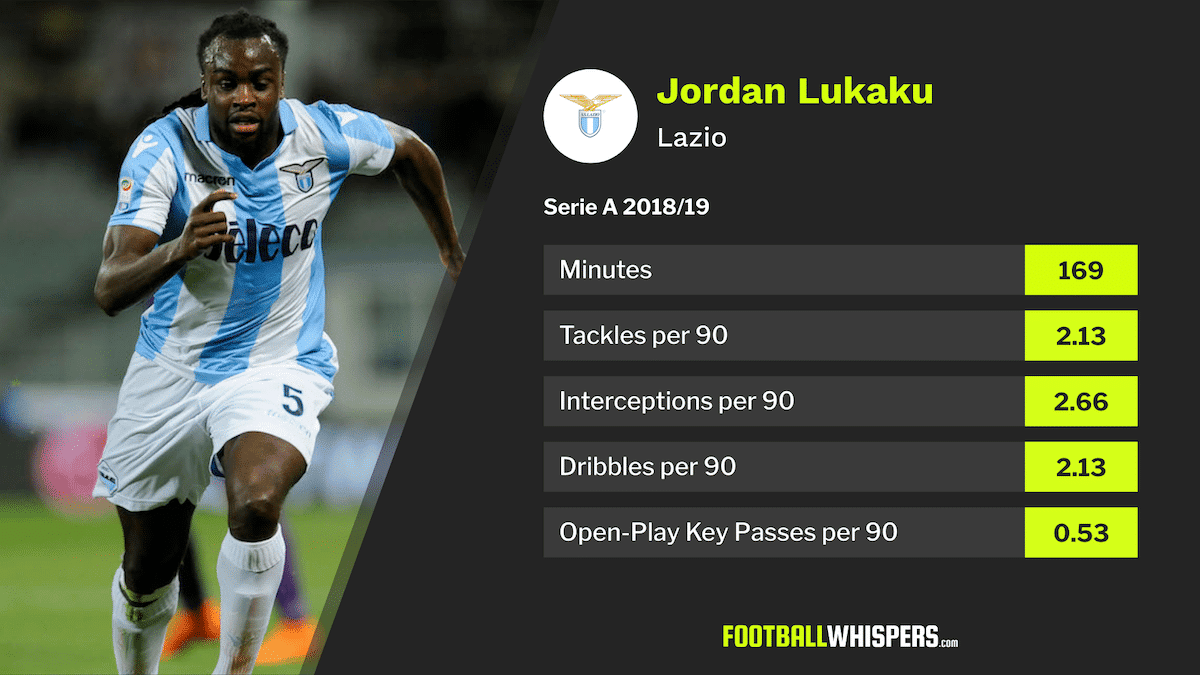 Despite falling out of favour at the Stadio Olimpico this term, Lukaku has been productive in the limited opportunities he has received, as the above graphic illustrates.

Solid defensively, Lukaku is a capable one-v-one defender, but that doesnt hold him back from joining the attack when the chance arises.

Although there are more technically skilled full-backs at the top end of the modern game, Lukaku has the speed to break in behind down the flanks and is a confident dribbler.

As shown by the above Football Whispers' Player Persona, taken from last season when Lukaku was a regular for Lazio, it is the 24-year-old's attacking attributes that stand out most.

And with Newcastle's squad thin and low on quality, Lukaku's addition will be a welcome one.