After struggling to hit their top gear during the opening few months of the season, Tottenham are finally beginning to flex their muscles and play the sort of football that almost guided them to the Premier League title last campaign.

They've scored a total of twenty-six goals in their last ten matches in all competitions. Eight of those goals arrived in their last two games as Spurs demolished both Watford and Southampton away from home. These emphatic  victories ensured that it’s been a cheerful festive season for Spurs as Mauricio Pochettino’s side continue to claw themselves back into the title race as dangerous outsiders.

Toby Alderweireld is marshalling the defence, Christian Eriksen is back to his inventive best in midfield, but, most importantly, Harry Kane is scoring goals. However, with the England international in such impervious form, how long will it be until some of European football’s biggest clubs come calling?

Italian football website CalcioMercato reports that Manchester United are planning an audacious £80million summer bid for the Spurs hitman as they search for Zlatan Ibrahimovic’s long term successor to lead the line at Old Trafford. 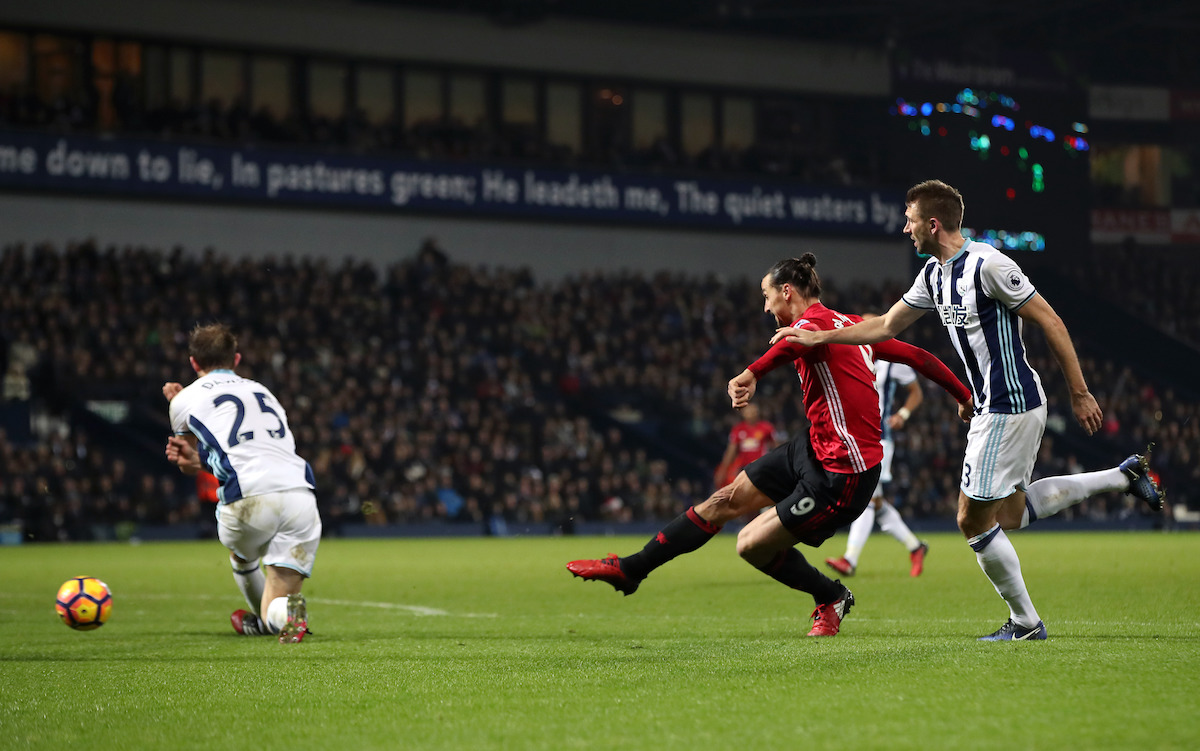 Although the Swedish legend is showing the kind of form that suggests that he could play for United well into his late thirties, Mourinho, wise to the tough nature of the Premier League, is reportedly already looking for his replacement. And, Harry Kane is just that.

The 23-year-old has quickly become one of the most lethal finishers in English football, alongside the likes of Diego Costa and Sergio Aguero, and continues to rack up statistics that argue he could end his career as one of the best forwards the league has ever seen.

Following his brace against Watford at Vicarage Road, Kane has now scored 59 goals in his first 100 Premier League games equalling Thierry Henry’s record and only sitting behind some of the Premier League’s best in Luis Suarez (62), Sergio Aguero (64) and Alan Shearer (79).

He failed to show this kind of form at Euro 2016 with England but Kane has bounced back from his disappointing summer and is proving once again just how ruthless he is in front of goal with 12 goals in 17 appearances this season. Although United are currently the only team in the Premier League that Kane hasn’t scored against, there is no surprise that the Tottenham forward is top of their transfer wish list. 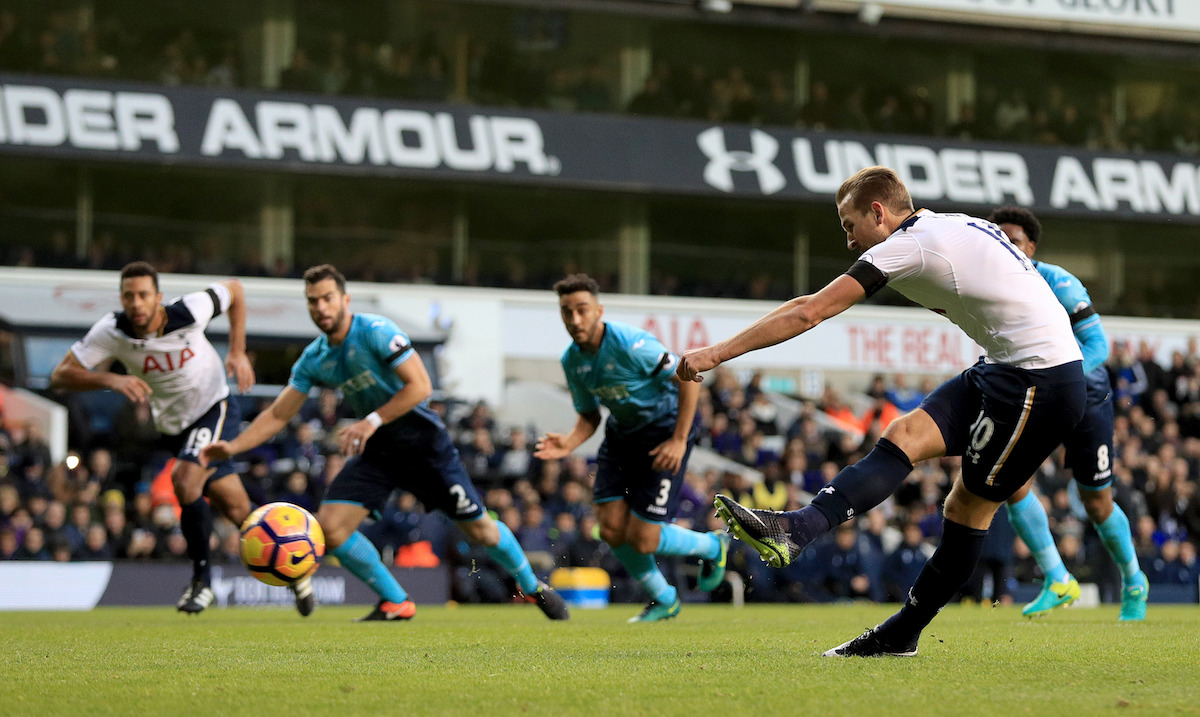 However, what is the likelihood of such of monumental deal going ahead this summer? After netting 10 goals in 11 games since his return from injury last month, Kane has shown just how important he is to Tottenham and Pochettino will be desperate to keep him at the club.

Thanks largely to the savvy forward thinking of chairman Daniel Levy, Kane recently put pen to paper on a new five-year-deal with Spurs which has seen him double his wages to well over £100,000-per-week and made him the highest paid player in the club’s history.

While it's a lot of money for Spurs, if Kane moved to Old Trafford he would see his salary doubled with relative ease.

Kane had three years left to run on his previous deal but was keen to improve it as other England stars like Daniel Sturridge and Jamie Vardy boasted salaries that dwarfed his previous £60,000-per-week contract. But, nevertheless, Kane seems happy at the club and sees his future there despite interest from United.

“There are not many better feelings than being at White Hart Lane and scoring in a London derby,” Kane told the Evening Standard.

Can Manchester United Snatch the Jewel from Tottenham's Crown?

In spite of these words of confidence, Spurs have faced many battles to hold onto their most-coveted players in the past and on many occasions have failed to do so. They have shown in recent times that they are susceptible to pressure from bigger clubs and even have history of selling their best players to United. United have successfully lured the likes of Michael Carrick, Dimitar Berbatov and Teddy Sheringham away from White Hart Lane and have the financial superiority to do the same with Kane this time round. 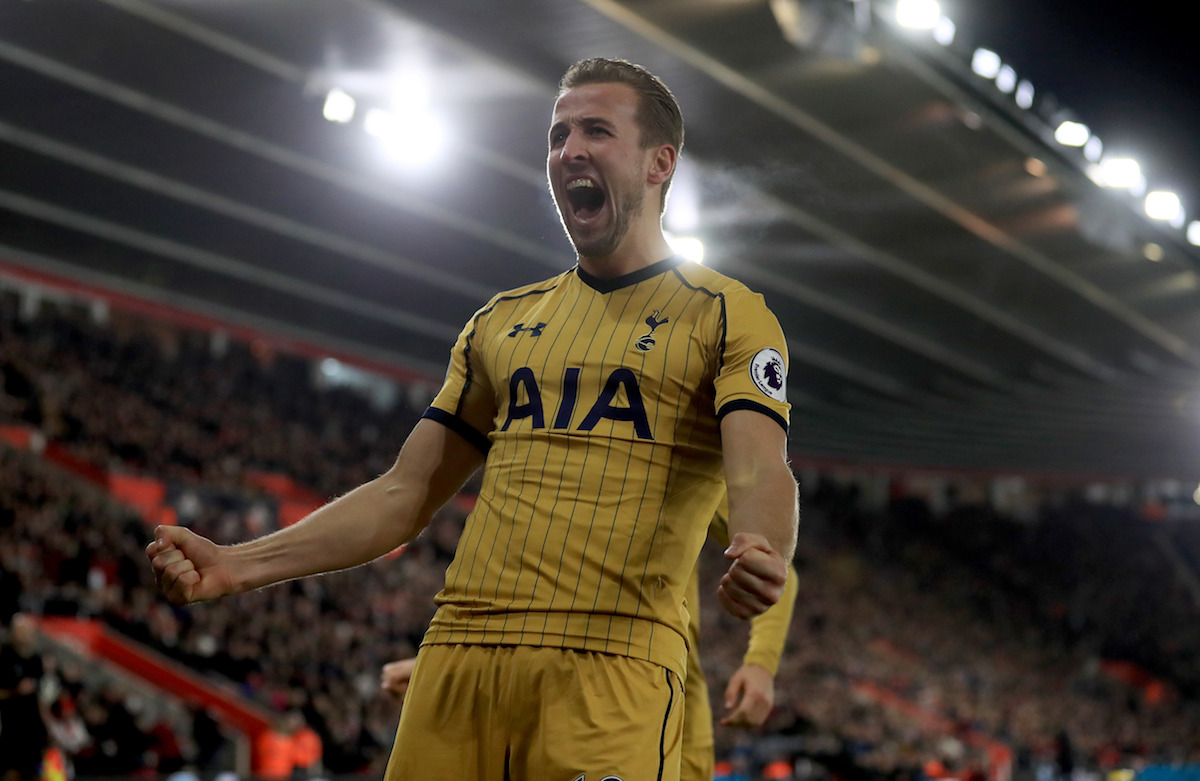 But, in recent years, under the control of Levy, Tottenham have grown as football club and, after almost winning the title last season, see themselves as contenders for all domestic silverware alongside the likes of United. This emergence has also seen Spurs, more often than not, reject any possibility of their top players joining another a English club.

United were one of the front-runners to sign both Luka Modric and Gareth Bale during their time at Spurs but both deals were blocked as Levy favoured selling the duo to Real Madrid rather than letting them stay in England to strengthen a direct competitor.

So, even though United have the money to compete with any club in European football, as they showed with their world record purchase of Paul Pogba in the summer, Spurs are likely to do everything in their power to stop any deal for Kane going ahead. 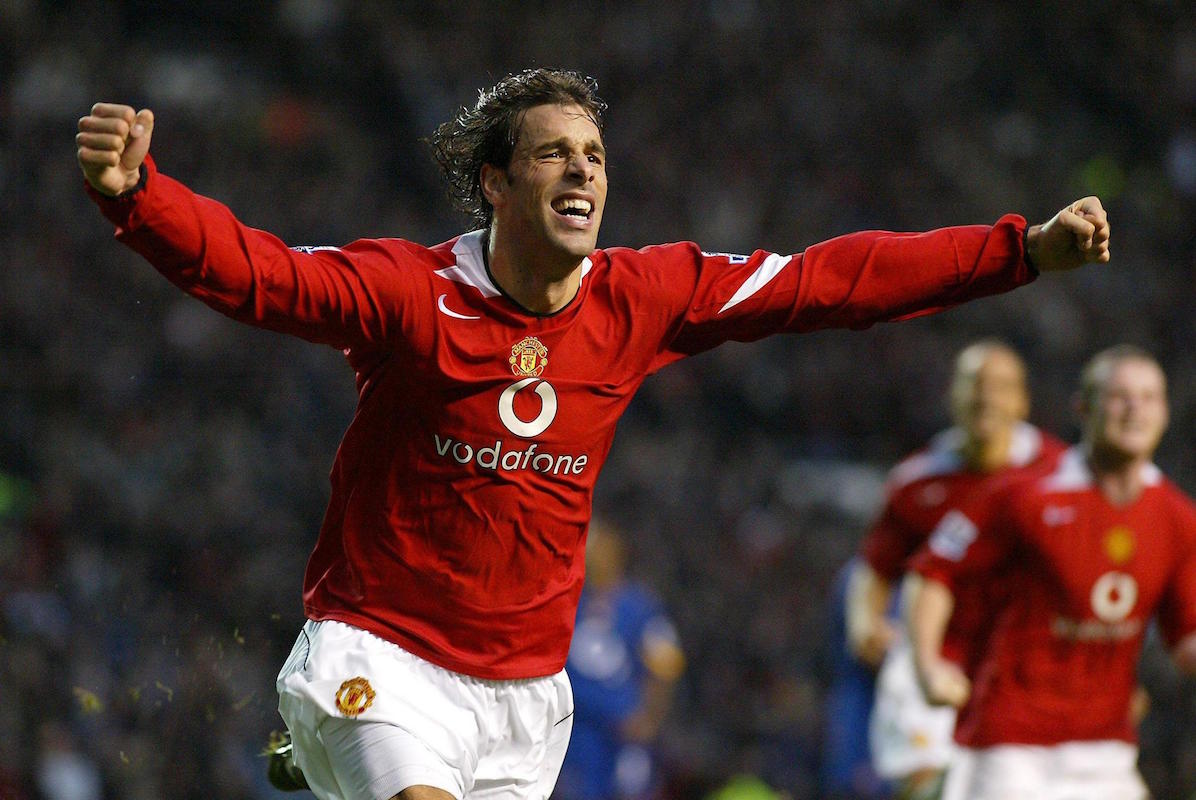 Although this may be the case, the England forward has all the attributes to mould into a classic Man United centre forward. Like Ibrahimovic and all those that came before him like Andy Cole, Ruud Van Nistelrooy and Wayne Rooney, Kane is a lethal finisher and would only benefit from superb service he would get from United’s superb forward thinking players. Kane also has a presence up front and works well as a focal point to bring other attacking players into play. In other words, he’s a defenders worst nightmare.

But, whether he’s good enough for United isn’t the concern here. Kane would need to decide whether the grass is greener on the other side. There is no doubt that United are the bigger club but Kane has confessed on many occasions his love for Tottenham and is currently part of one of the most exciting eras in the club’s history.

I mean he is one of their own after all.

However, United will most certainly continue to strengthen under Mourinho and will attract some of the world’s best players with their prestige and financial superpower that might just turn Kane’s head in the months. It seems only time will tell if United will be able to snatch the jewel from Tottenham’s crown.