Liverpool’s luck might have just run out. Rival fans have chosen to overlook the injuries to Alisson and Mohamed Salah and instead claim the Reds have been fortunate not to face the same personnel problems as Manchester City.

But an innocuous coming together in the draw with Napoli has seen Fabinho suffer ankle ligament damage. He is ruled out until 2020 and will miss at least ten matches.

The Brazilian destroyer is arguably up there with Virgil van Dijk as Liverpool’s most important player. Going into the busiest month of the season without him is a daunting prospect.

Though the Reds have been near perfect in the Premier League, dropping just two points in their 13 matches so far, a couple of draws could see that eight-point lead evaporate. That is, of course, the worst-case scenario. Jürgen Klopp’s men have lost just once since the start of the 2018/19 campaign: That losing feeling isn’t something this side is familiar with.

But Manchester City went into December 2018 on a 15-match unbeaten run, too. Then, without Fernandinho in their ranks, they lost three of the next four. They recovered to win 18 of the next 19 and claim the title by a single point, but to pip Liverpool to the crown, they had to essentially be flawless after the turn of the year.

That December wobble almost cost City despite the fact they’d won 13 of their first 15 matches. Liverpool can’t afford a similar wobble, not if they’re to claim their first-ever Premier League title.

The Reds are far from a one-man team but Fabinho has a unique skill set that no other player in the Liverpool ranks possesses. He’s a blend between destroyer and playmaker.

Fabinho propaganda. What we're all here for. pic.twitter.com/La8yPCbk6U

Klopp, though, has options. And this side did manage to navigate their way through the early months of last season without the Brazilian while he acclimatised to the rigours of the English top-flight.

But having multiple options can be as dangerous as having no options. There’s more chance of a mistake. With this in mind, we’ve taken a look at the ways in which Liverpool can cover Fabinho’s absence, assessing the pros and cons of each.

Tried and tested as the defensive midfielder in a Klopp team, the skipper spent over two years patrolling that area of the pitch until Fabinho arrived.

The way he played that role divided opinion with the main criticism of him being he wasn’t expressive enough when in possession. He’d keep play ticking over but he was reluctant to play those riskier balls over the top the Liverpool No.3 has made a trademark.

To an extent, it is true. Henderson averaged more passes per 90 (85 to Fabinho’s 76) when playing as the deepest midfielder but played a smaller percentage of them forward (23 per cent compared to Fabinho’s 27 per cent).

While he could be a little more creative when on the ball, you can’t overlook the fact Liverpool reached a Champions League final with him playing that role. During Fabinho’s adaption period, the Reds didn’t lose a game either.

Henderson might not be a perfect doppelgänger in terms of playing style in the No.6 position but that doesn’t mean the team can’t function as effectively as they do when the former Monaco man is pulling the strings. 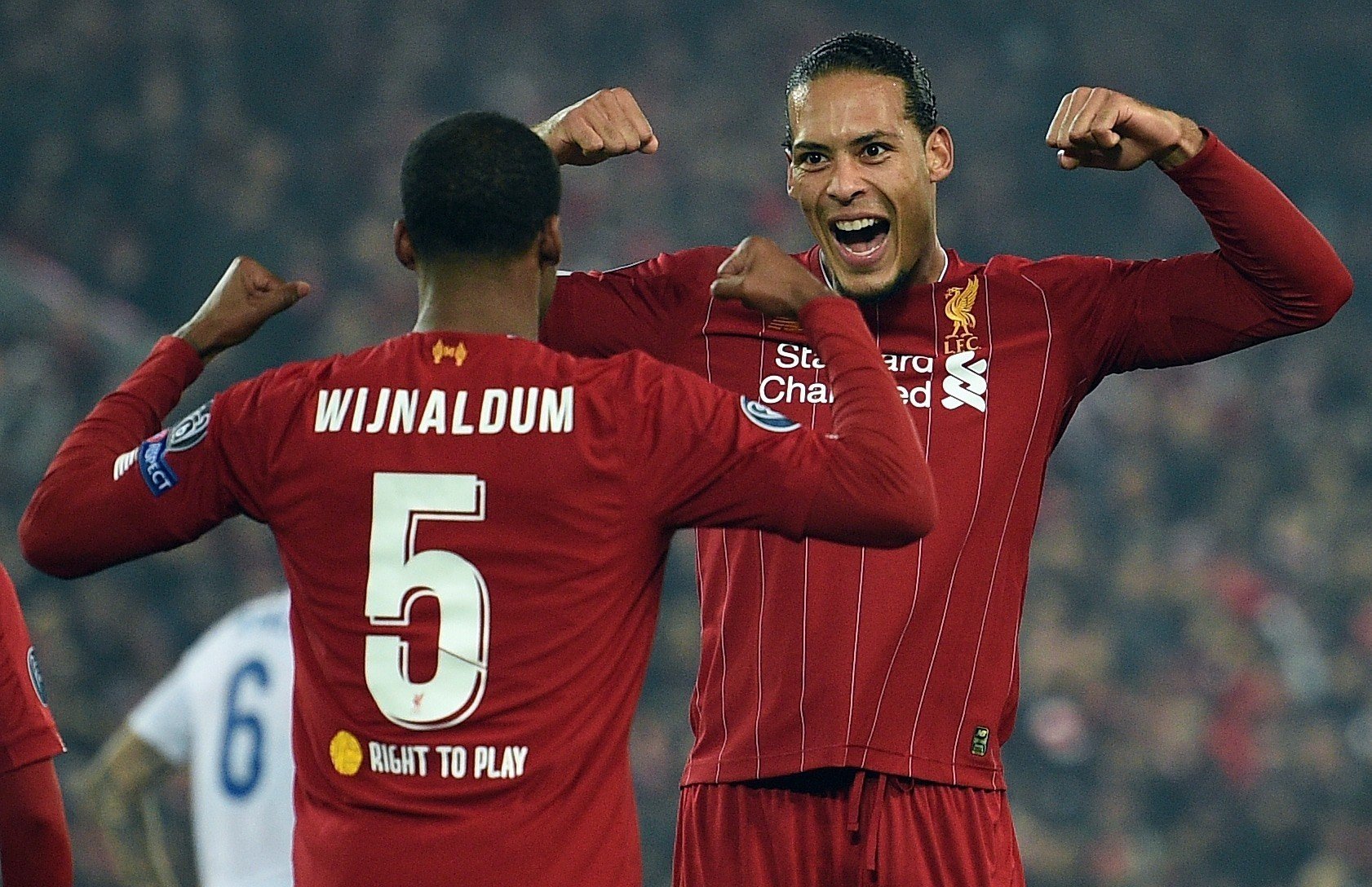 The Dutch maestro is a cheat code. Stick him anywhere on the pitch and he performs that role as though he’s spent his entire career there. For the Netherlands, he’s a goalscoring midfielder. For the Reds, he’s a facilitator in the middle third tasked with covering for the No.6 and the more attack-minded No.8.

He has filled in as the holding midfield on occasion and he’s quietly impressed. It suits his skill set. Wijnaldum manipulates and dominates space better than all of the other midfielders at Anfield.

The number six role for Klopp is all about the reading of the space and the use of it. It’s why Liverpool's No.5 looks so at home when there; he switches play, he picks out passes between the lines and he knows when to just keep it simple.

With Wijnaldum at No.6, Henderson would be able to continue as the more attacking midfielder on the right. This would suit both players more and the role played by the former Newcastle United man can be filled by Naby Keïa.

One injury shouldn’t result in a dramatic shift but Klopp has been using this system a lot more over recent weeks.

With Alex Oxlade-Chamberlain, Adam Lallana and Keïta all back fit now there are more options. With the exception of a midfield duo of Henderson and James Milner, all of the possible options in midfield work, in theory, as a two.

While Oxlade-Chamberlain has impressed in a midfield three, he made an impact against Napoli playing as a right-winger. He was dropping deeper during some phases of play, something he could still do in the 4-2-3-1, but his direct nature changed the game from the right. Throwing that possibility into the mix could freshen things up for the Reds.

A team containing Wijnaldum and Keïta in a two, a role the latter played for RB Leipzig, with Oxlade-Chamberlain, Firmino, Mane and Salah ahead is an exciting prospect.