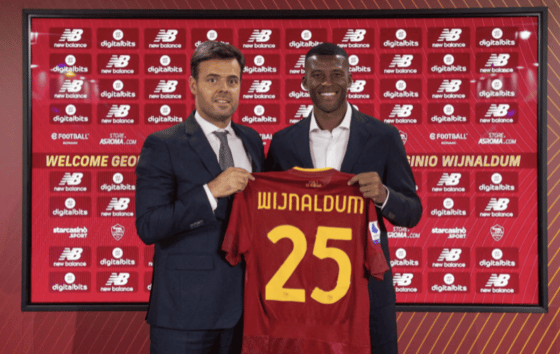 Roma have certainly progressed under enigmatic boss Jose Mourinho. The Special One landed in the Italian capital last summer, and the Serie A side have already won a major European trophy under the Portuguese manager.

While Mourinho arrived at Stadio Olimpico with a long list of honours to his name, he certainly wasn’t in his best form in the dugout. His return to Italy came after just 17 months in charge at Tottenham Hotspur. That dismissal completed his third sacking in six seasons by a Premier League club, following his removal at both Chelsea and Manchester United.

But he also has fond memories in England, and of course in Italy, where he lifted successive league titles with Inter Milan before departing for Real Madrid in 2010. His final campaign at San Siro involved an unforgettable treble that included the Champions League trophy.

And it didn’t take the iconic boss to clinch his first silverware in Rome. He guided his men to the inaugural Europa Conference League, defeating Dutch outfit Feyenoord 1-0 in the final in May.

Mourinho and his squad travelled back to the Italian capital to thousands of boisterous supporters, who enveloped the iconic Colosseum to congratulate the club on its first-ever European trophy. The success also represented Roma’s first major trophy since the 2007/08 Coppa Italia.

The Italians also clinched 6th place in the league, and will be competing in this season’s Europa League. But can Roma launch a real title assault this time around under Mourinho?

In typical Mourinho style, the manager wasn’t slow to get the chequebook out upon his arrival at Stadio Olimpico. Defensive reinforcements came in the shape of Roger Ibanez and Matias Vina, as well as Wolves goalkeeper Rui Patricio. And going forward, Eldor Shomurodov was brought in from fellow Italian outfit Genoa.

It was, however, the signing of Chelsea striker Tammy Abraham that caused the most excitement in and around the busy streets of Rome. And that excitement was quickly justified, with the forward smashing in 27 goals in all competitions, finishing miles ahead as the club’s top scorer in his debut campaign.

He certainly had big boots to fill after the departure of Edin Dzeko, but his constant running and selfless hold-up play were quickly followed up by all sorts of well-taken goals. It was by no means an easy feat, with much of the attacking burden falling solely on Abraham under Mourinho’s commonly-used 3-4-2-1 formation, with the striker at times given some help when the boss switched to a 3-4-1-2.

Abraham’s help was originally in the form of fellow new arrival Shomurodov, but the Uzbekistan international looks set to be offloaded to Bologna in the coming weeks. Italy striker Andrea Belotti could be brought in should Shomurodov make way, but Wolves are also chasing the free agent. Spurs target Nicolo Zaniolo has also helped carry the load up top, but he could leave for north London if the Italian side receive a worthy bid.

Abraham needn’t worry, however, with Juventus legend Paulo Dybala arriving on a free transfer. He joins after a seven-year spell with the Old Lady, where he netted 115 goals in 293 appearances. The versatile forward also chipped in with 48 assists, and looks set to become a key player under Mourinho in the seasons to come. 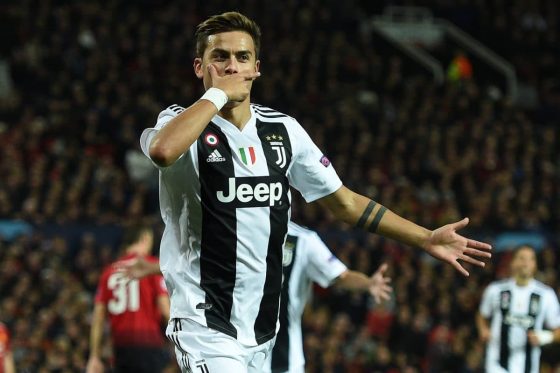 The Argentine was given a hero’s welcome in the capital last month, but he isn’t the only exciting new name on Mourinho’s squad list for the upcoming campaign. Former Liverpool midfielder Georginio Wijnaldum has been brought in on loan from PSG, and is being viewed as a real coup by both Roma and non-Roma fans.

The Dutch star hasn’t enjoyed his best football since heading to Paris, but has now been handed a fresh start in Italy. He is another to have been lauded with fan approval upon his unveiling in yellow and red earlier this month. Right-back Zeki Celik has also joined Mourinho’s setup, arriving from Lille for just over £6m.

Among the other new faces are midfielder Nemanja Matic and goalkeeper Mile Svilar, who have joined on free transfers from Manchester United and Benfica respectively. The latter will certainly keep Patricio on his toes between the sticks, while the former is a player well known to Mourinho. At 33, the Serbian may not be as sharp as he once was, but his experience will be crucial in keeping hold of the ball and breaking down opposition attacks.

Who has left Stadio Olimpico?

The incomings make sense for many reasons, not least because of the names that have left Stadio Olimpico this summer. This includes a remarkable triple move involving goalkeeper Pau Lopez, central midfielder Jordan Veretout, and winger Cengiz Under, who have all made a switch to Ligue 1 side Marseille.

Mourinho has also moved on another goalkeeper in Robin Olsen, who has joined Steven Gerrard’s Aston Villa after a loan spell with the Premier League side, with right-back Alessandro Florenzi making a similar permanent switch to AC Milan, where he played temporarily last season.

And former Arsenal and Manchester United attacker Henrikh Mkhitaryan represents another departure from Roma, with the Armenian heading to Serie A rivals Inter Milan on a free transfer.

The competition in Serie A

Finishing ahead of city rivals Lazio is always a priority, but perhaps Roma have their sights set on the big guns this time around. That will not be an easy task, however, even for a manager as decorated as Mourinho.

As has been the case in the last few years, both Milan sides are looking very dangerous, having each lifted the title in the last two seasons. Juventus, who are going through somewhat of a transition phase, will also be keeping one eye on the league title, even after the loss of the returning Paul Pogba to injury.

And Napoli, despite losing centre-back Kalidou Koulibaly to Chelsea and potentially midfielder Fabian Ruiz to PSG, are always a constant threat in and around the top four.

Roma begin their 2022/23 Serie A campaign with a trip to Salernitana on Sunday night, with Mourinho desperate to get off to as strong a start as possible. 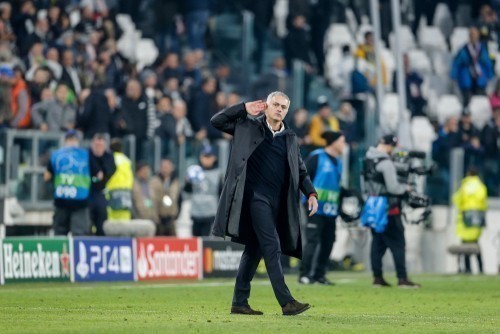