The signing of Idrissa Gueye could prove the shrewdest piece of Premier League transfer business of the summer despite some initial scepticism.

The £7.1million deal for the 27-year-old defensive midfielder proved new Everton boss Ronald Koeman's second senior signing, but it raised as many eyebrows on Merseyside as it disheartened Aston Villa fans.

When news surfaced on social media of a supposed new signing in August – which, as it transpired was the deal for Senegalese international Gueye – it was met with slight concern by Evertonians. ‘Who?', they asked. ‘Has anyone seen much of him?’. Toffees fans on Twitter were certainly posing more questions than they had answers for.

It’s telling that the signing of Gueye came just over a week after the appointment of Director of Football, Steve Walsh at Goodison Park. Formerly of Leicester City, Walsh – who holds an incredible knowledge of the market – targeted the Senegalese midfielder while at the King Power Stadium.

Not only did Walsh bring in N’Golo Kante at the Foxes, he also spearheaded the signings of both Jamie Vardy and Riyad Mahrez. Many would argue that Walsh, himself, was Everton's biggest signing of the summer.

Hindsight is a wonderful thing – but instead of opting for the champions-in-waiting, Leicester, Gueye moved to Aston Villa in July 2015 from Lille. From the outside looking in, many managers wouldn’t have touched any Villa's relegated squad with a barge pole. But just four games into the new season, Gueye has quickly moved on from being part of one of the worst Premier League squads in history to become a firm favourite under Koeman.

Despite reservations about signing someone who had played just 35 league games in English football, upon closer inspection, Gueye could may well help the club fulfil its ambitions of European football as excitement grows under the new regime at Goodison led by Farhad Moshiri. 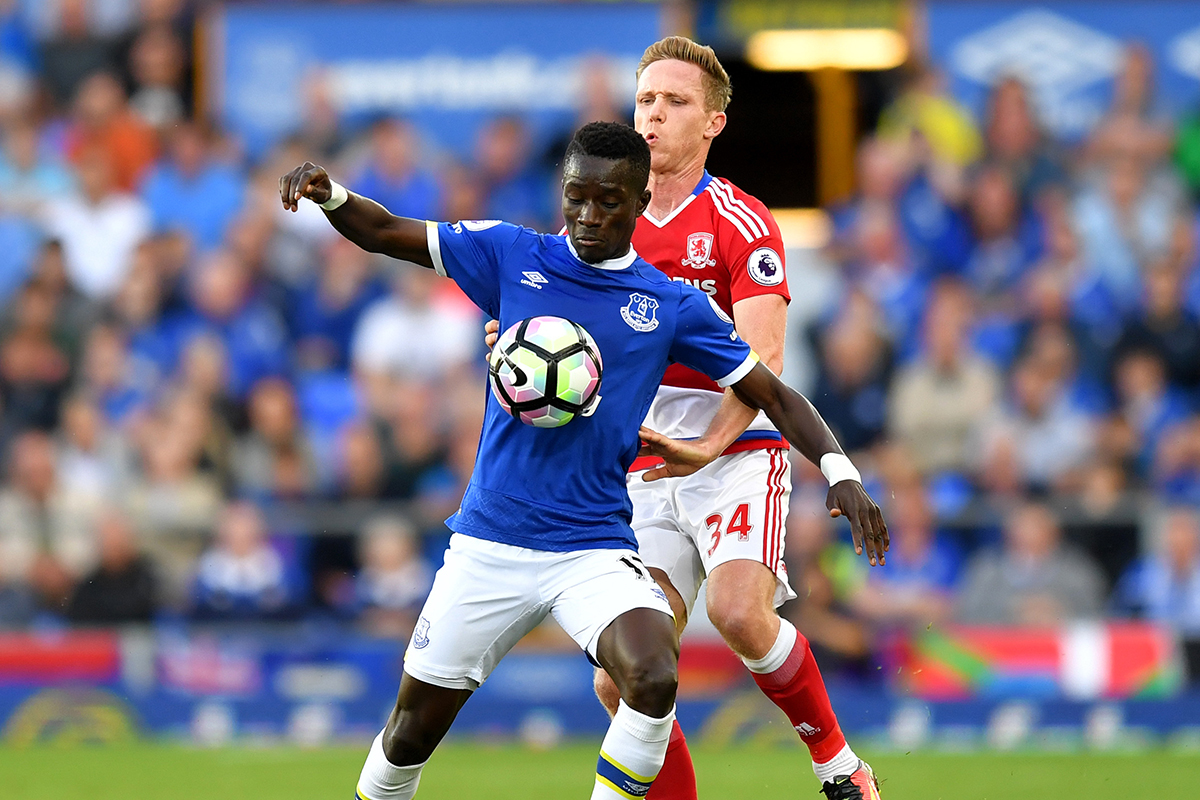 During a pre-season interview, Koeman reiterated his desire for Everton to work from the front at a much higher intensity than they had under former boss Roberto Martinez. He also echoed the need for the Toffees to be a much more aggressive side.

His ability to win the ball back quickly and in-your-face work rate – both essential to the pressing game his boss likes – are two aspects Gueye has in abundance.

Last season, the ‘Kante vs Gueye’ comparison was strong – not least because of their diminutive statures: Gueye stands an inch or so taller than the 5′ 5″ Kante. Similar in stature, playing style and embarking or similar career paths, the pair experienced polar opposite seasons with their clubs – Leicester finishing top and Villa bottom of the pile.

Though, individually, they were not too far apart. In terms of duels won: Gueye came out on top with a success rate of 51% to Kante's 46%; drawing more fouls, completing more take ons; and winning more headers. He also pipped the Frenchman to a higher pass completion rate (85% to 82%).

However, Kante's 175 tackles and 156 interceptions throughout the 2015/16 season were enough to hold off Gueye, who finished a respectable second in both counts.

As far as his personal stats go, at least, it was a fantastic debut Premier League season by Gueye. He is the type of battling midfield player that Everton had lacked under Martinez – and the comparison to Kante now seems to have flipped on its head. It is the Everton new boy who has made more tackles, more passes, more blocks and created more chances this season than the Chelsea recruit.

Gueye's count of 34 tackles so far this season is higher than all in the Premier League – leaving Kante way behind on 21. For duels won, he is also outperforming Chelsea's big-money signing (56% to 51%).

But Gueye is also providing more offensively: he has already created eight chances and assisted once in the six league games he has played – which sets him well on his way to beating the 28 he managed with Villa. He is leaving Kante behind in this department too, the Frenchman having created just two chances. 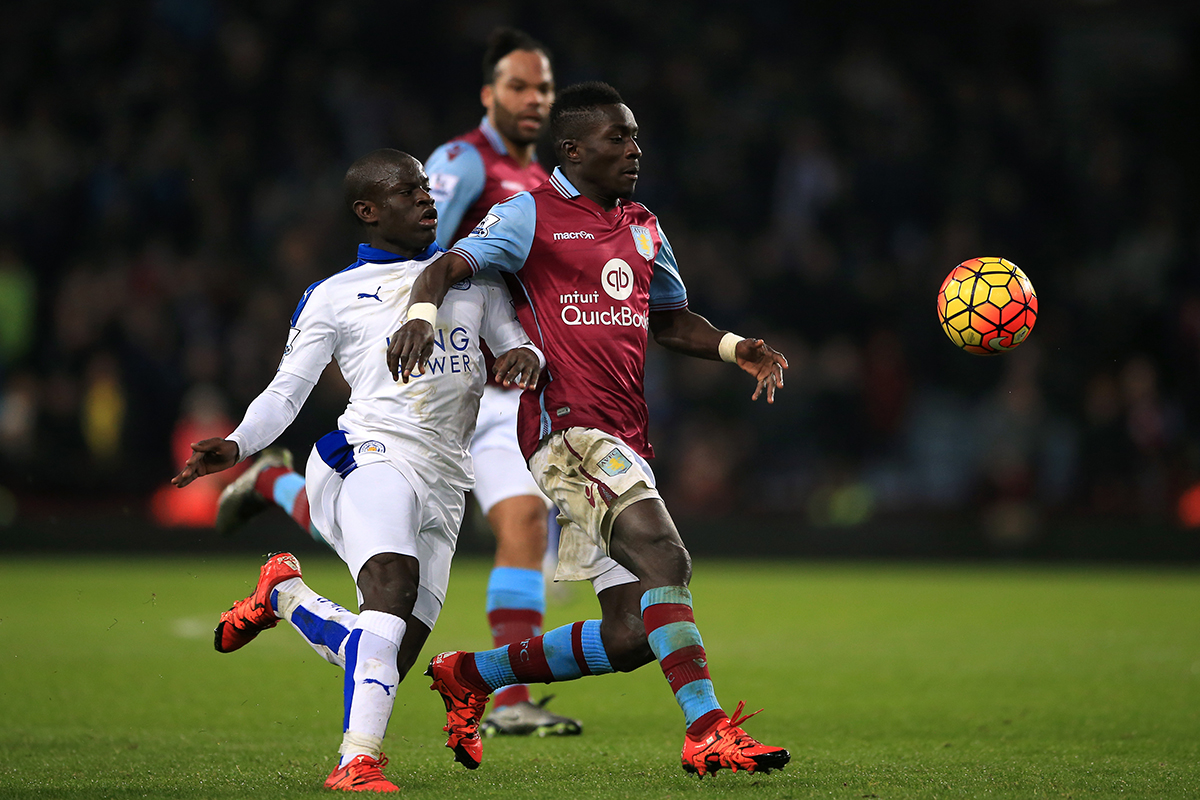 He’s not only performing well individually, but he’s already made a huge difference to the Everton of last season.

James McCarthy was the preferred option alongside the ever-present Gareth Barry under Martinez. But like the majority, the Republic of Ireland international stagnated under the Spaniard's stewardship and, after being heavily linked with a move away from Merseyside, has seen himself forced out of the first-team.

Admittedly, McCarthy has struggled with early season injuries, but even when fit he has been deployed as a makeshift right wing-back by Koeman, making way for Gueye.

Muhamed Besic and Darron Gibson also occupied a position with Barry a few times last term, though their injury records were always a worry for Koeman, who made a central midfield signing a priority.

Tom Cleverley, usually deployed from the left under Martinez, also remains at the club but has played just 40 minutes in the league so far, being excluded from the matchday squad twice.

Gueye has come in and made the central midfield position his own, alongside Barry who, benefiting from the form of his new partner, Gueye, has also enjoyed a solid start to the season.

The lack of competitiveness in midfield during Martinez's reign was a big problem. Although the ball was moved well, there were clear problems out of possession and a serious lack of bite.

Everton ranked 19th in the league in interceptions last term (511) and were among the bottom three the previous season. Koeman's side, with Gueye in the middle, should be nowhere near as low as that come May.

Although Everton are now flush with money, following Moshiri's investment and the riches of the Premier League's new TV deal, the Iranian has proved that not all successful deals have to come with a big price tag.

Yes, the club splashed nigh on £30 million on Yannick Bolasie and many millions more on other arrivals during the last transfer window, but at just £7.1million and on the evidence of his opening month at Goodison, Gueye could prove to be Koeman's best bit of business of the summer.