On Wednesday morning, Paris Saint-Germain made the strange decision to reveal they were close to completing the signing of Benfica’s Goncalo Guedes.

Usually clubs are tight-lipped until the deal is done and finalised. However, knowing everything was in order, the Parisians choose to tell the world.

For just over £25million – not including potential bonuses – PSG pick up a 20-year-old promising forward, with two caps for the full Portugal national team. This season, in the Portuguese league, Guedes has scored twice and added three assists.

Linked with a move to Manchester United, Football Whispers looked deeper at the abilities he had shown at Benfica:

“Capable of playing on either wing or centrally as a No.10 or striker, Guedes is regarded as one of the hottest prospects in the Primeira Liga, and has been tipped to make a mega-money move to one of the continent’s biggest clubs in the near future.”

It’s clear why clubs were linked with the starlet, but where will he fit in the French capital and do the Ligue 1 champions really need him?

Jese Rodriguez joined from Real Madrid in the summer, in a similar priced deal, but despite helping PSG beat SC Bastia on his debut, a mixture of injuries and poor form failed to convince new boss Unai Emery and the Spaniard has only made one start in the league.

AK: "Jese Rodriguez is a player I have worked with and I know how good he is. His next move is important and I hope we can convince him."

It looks like he is on the way out, with Las Palmas unlikely to get a deal done, Middlesbrough are keen to add him this season. That does mean that there is a space in squad.

However, there were question marks over the Jese signing when it happened.

PSG have the freedom to sign a whole host of players from all over the world, but their long-term strategy has shown huge flaws for a few seasons now.

They continue to make big money signings in areas where they have talented youngsters pushing into the first-team. Grzegorz Krychowiak cost €34million from Sevilla, but has been out-performed by the gifted France Under-21 international, Adrien Rabiot. 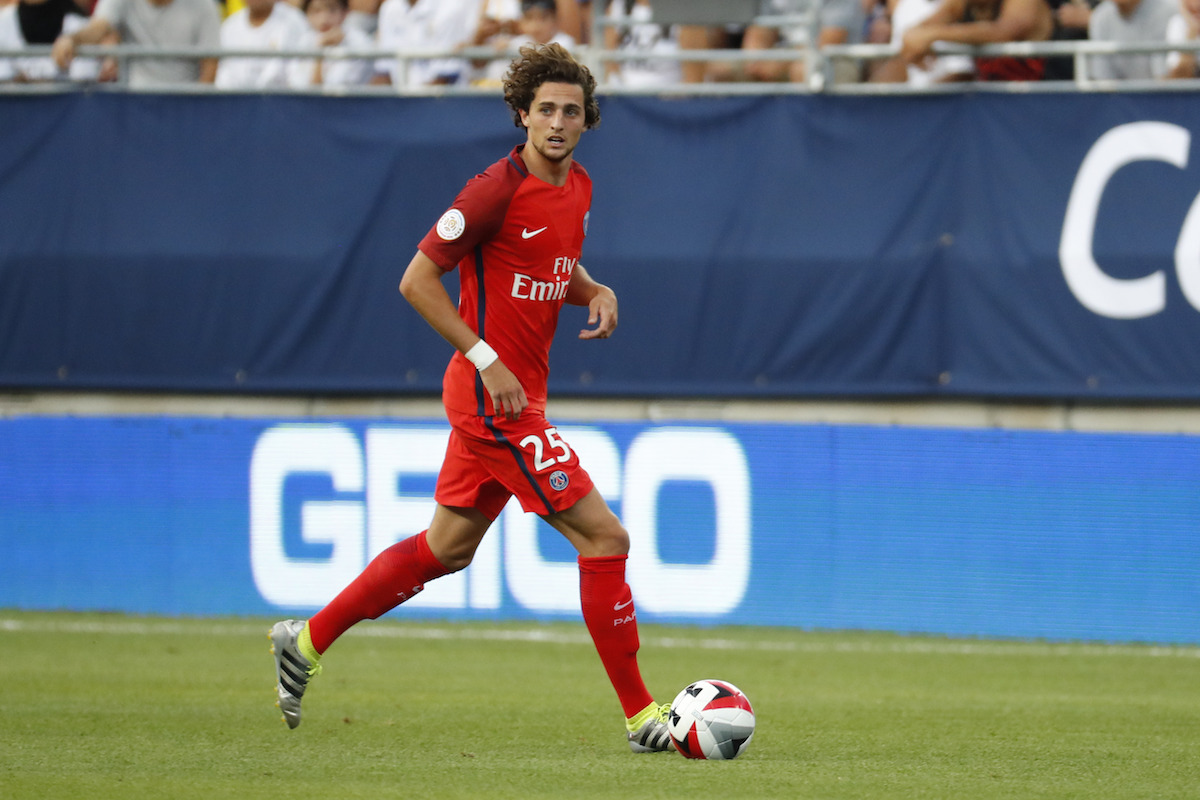 Jese was signed, when Jean-Kevin Augustin and Odsonne Edouard are two of the most exciting forwards in the French young teams. Any minutes the Spaniard picked up were at the detriment of Augustin in particular.

Discounting Jese, PSG also have Angel di Maria, Lucas Moura, Giovani Lo Celso – who only joined in the winter after returning on loan to Rosario Central. Javier Pastore – although regularly injured – plus the €42million signing of Julian Draxler from Wolfsburg.

Edinson Cavani carries most the goal-scoring burden, PSG have and perhaps still need cover for the Uruguayan. Draxler could play in the false-9 role, and with 23 of Guedes’ performances coming as a second-striker at Benfica, at a push he could play that role too.

“I know him very well. He plays for Portugal's U21 side. I watched him grow up through his club and national-team matches.” PSG legend Pauleta told the official website. “He's a great talent; he is physically gifted and technically extremely talented. What's more, he's a really nice guy off the pitch. He can bring a lot to Paris Saint-Germain and he has all it takes to impose himself in Paris. He will grow and continue to progress.”

Where does Guedes fit?

At the start of the season, Emery tried to play 4-2-3-1, but the players revolted and the 4-3-3 from Laurent Blanc’s era was brought back.

It hasn’t worked, the forwards are often too isolated and the midfield has lacked creativity. With Guedes, there is a chance that the Spanish boss is looking to buy players that can fit his preferred system, the style he used to win three consecutive UEFA Europa League titles with Sevilla.

With Draxler, Lo Celso & Guedes in this month, surely Emery must start playing 4-2-3-1 majority of the time now right? #PSG

Cavani will continue to be the No.9, then PSG already have five players that can take up the three attacking places behind the 29-year-old forward. Guedes makes six. An embarrassment of riches. Seven if Jese doesn’t move on.

Lucas has been better this season, but doubts continue to linger over whether or not he will ever live up to his potential. Di Maria scored twice in the cup win over Bordeaux, but has struggled with a difficult second season in Paris.

After Cavani’s 20 goals in the league, Lucas is next with six, then Layvin Kurzawa – at left-back – is joint top-scorer with two goals. The attack needs support, but the formation is the biggest problem stopping this, not the personnel.

Pastore’s injury problems seem never ending and Lo Celso will need time to settle. There is a case that Guedes could become the first option off the bench very quickly.

Rather than forward planning from the capital club, it’s more fortunate that others are failing and Guedes could find a gap to impress.

“I'm a fast player; I like hitting quickly on the counter, I like one-on-ones. I'm drawn towards goal and I love scoring,” Guedes told press in his first interview as a PSG player. “I like to try to bring my teammates into play and I enjoy hitting a good pass or providing an assist.”

The seven attackers above have all cost around €240million. To have injuries, questionable futures and form surrounding all – Draxler the exception – just highlights the poor job PSG have done in trying to build this club up to a level where they can challenge the European heavyweights.

Perhaps this is the dawn of a new era, Draxler and Guedes could be the future of the club, but it feels more like trying to patch up a failing season, rather than a well thought out strategy.

The pressure will be on the club and Emery if they fail to win their fifth consecutive league this season. Regardless of Monaco’s amazing performances, the power PSG have behind them should leave everyone in their wake.

Yet, they are stumbling and stuttering through the campaign. That’s a lot of pressure on a 20-year-old forward to help kick-start their fortunes this season.