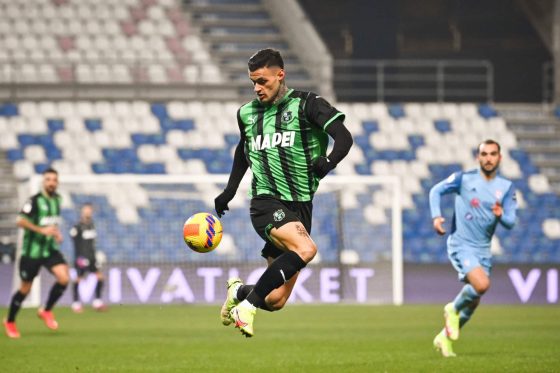 West Ham have enjoyed a fantastic rise to the upper echelons of Premier League football in recent years, with David Moyes even guiding the Hammers into Europe.

Their free-flowing, attacking football has brought about plenty of goals. But the east London outfit have certainly not produced such football over the last decade, and it may be down to their unsuccessful recruitment when attempting to bring in a leading striker.

Here is the long, long list of strikers that West Ham have signed over the last decade, the majority of which have brought about much pain for those watching on from the stands:

Benni McCarthy was the headline striker who joined the Hammers in the 2009/10 campaign, arriving from Blackburn for just over £2m. But the high hopes didn’t last long, with McCarthy failing to net a single goal in his 14 appearances for West Ham.

Guillermo Franco and Ilan also joined from Villarreal and Saint-Etienne respectively on free transfers. But their exits were just as notable as their arrivals, with neither making an impact at Upton Park.

Egyptian striker Mido also arrived on the scene on loan from Middlesbrough, but again left without a single goal to his name from nine appearances in claret and blue.

Hoffenheim’s Demba Ba and Lyon’s Frederic Piquionne were the latest men entrusted with scoring goals in what looked to be a promising era for West Ham. The former hit seven in 13 matches, with the latter managing just 11 in a total of 62 games.

Much of the excitement was, however, reserved for the loan signatures of Robbie Keane from Tottenham Hotspur and Victor Obinna from Inter Milan. But Republic of Ireland legend Keane would only go on to find the back of the net twice in 10 matches, while Obinna could only score eight times in a disappointing spell for West Ham.

Sam Allardyce was now in the hot seat, and after several foreign transfers over the years, he turned closer to home. Sam Baldock was the main attacking signing from League One side MK Dons, while Ricardo Vaz Te and Nicky Maynard joined from Barnsley and Bristol City respectively.

Baldock could only celebrate five goals for the Hammers, with Maynard only managing four. Exciting forward Vaz Te meanwhile fared a little better, hitting the back of the net 19 times.

John Carew also joined on a free transfer in 2011/12 from Aston Villa, but failed to replicate his goalscoring abilities at his new club, scoring just twice in 21 games. Paraguayan Brian Montenegro was another incoming, but the loanee was handed just one appearance before making a swift exit.

West Ham forked out over £5m to bring FC Sochaux striker Modibo Maiga to east London, but he hit just seven goals in 45 appearances for the club. Sean Maguire also arrived from Irish side Waterford, but quickly found his way back to Ireland after two loan spells away from the Hammers, leaving without playing a single game.

The 2012/13 campaign was, however, all about loan strikers, with Andy Carroll, Marouane Chamakh and Wellington Paulista all joining West Ham on temporary deals.

Carroll would sign permanently the following season, but Chamakh and Paulista failed to make any impact. The former didn’t score in his three matches, while the latter wasn’t handed any game time during his loan spell. 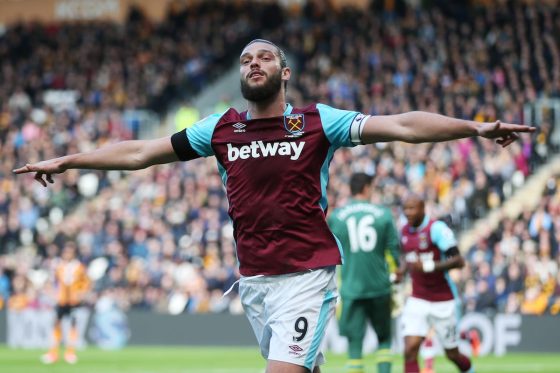 As mentioned, Carroll made his loan switch permanent, with the £15m striker going on to score 34 goals in almost 150 appearances in claret and blue.

Youngster Jaanai Gordon was, however, another to fail to register an appearance after joining from Peterborough, while Roma loanee Marco Borriello also failed to make an impact in his two matches.

Experienced forwards Mladen Petric and Carlton Cole also joined up with the squad. Petric couldn’t hit the back of the net in his four games, while Cole – in his second spell at West Ham – hit eight goals across two seasons.

Again, there was real excitement around east London with the arrivals of strikers Enner Valencia and Diafra Sakho for a combined £18m, with many fans believing that this striker curse would finally be lifted.

But it was another somewhat disappointing turnout, as Valencia only just managed double figures in 68 matches. Sakho did, however, fare better, scoring 24 goals in 71 games.


Mauro Zarate also joined West Ham in the campaign, but like many of his predecessors, couldn’t make any sort of lasting impact, scoring just seven goals in 29 matches.

The 2015/16 campaign saw the arrival of a certain Michail Antonio from Nottingham Forest for just under £9m. It took the versatile player a while to find his feet and indeed his right role at the Hammers, but things are looking very good over 200 games and 60 goals later.

Nikica Jelavic and Emmanuel Emenike also arrived from Hull City and Fenerbahce respectively, the former for just under £4m and the latter on loan. Both found the back of the net just twice during their disappointing spells at West Ham.

The less said about loanees Simone Zaza and Jonathan Calleri the better, with the Italian failing to find the back of the net in his 11 matches, as the Argentine netted once in his 19 games for the Hammers.

Youngster Ashley Fletcher also joined from Manchester United, but he was quickly moved on after just one goal in 20 appearances.

Things were really looking up at West Ham in the 2017/18 campaign when it came to incomings, with both Marko Arnautovic and Javier Hernandez moving to east London. The Austrian would go on to hit 22 goals for the club, with the Mexican scoring 17 times.

Jordan Hugill also arrived on a big-money move from Preston, but he failed to make an impact and was shipped out after just three matches.

Lucas Perez was the sole striker signed in the 2018/19 campaign, arriving from Arsenal for around £4m. While the Spaniard lasted just one season in claret and blue, he found the back of the net six times, more than many of his predecessors can say.

The Hammers now began to spend big money on strikers, with Sebastien Haller and Albian Ajeti brought in to replace the outgoing Arnautoivc, Hernandez, Perez and Carroll.

Seemingly content with Antonio leading the line, manager David Moyes opted to strengthen in other areas, with no new strikers arriving at West Ham for the 2020/21 and 2021/22 campaigns.

Fortunately, the Jamaican international now has Italian Gianluca Scamacca to help share the goalscoring burden for the foreseeable future. He has joined the Hammers for a reported £35.5m. 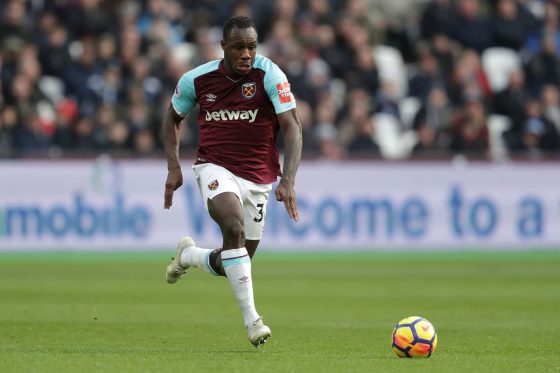