At home to the Kazakh side in front of a classic Celtic Park atmosphere, they put five past the opposition without reply to set themselves up for a place in the competition’s group stage.

Tom Rogic created the opening goal after his chipped finish was poked into his own net by Yevgeny Postnikov, before Scott Sinclair doubled the Scottish champions’ advantage ten minutes later.

The Englishman was on hand to add a third, and a James Forrest strike and another own goal completed the rout.

Brendan Rodgers was pleased with his side’s performance, which came despite the presence of Nir Bitton in central defence. The Israel international is naturally a central midfielder but he dropped back to cover for the injuries of Erik Sviatchenko and Dedryck Boyata.

Before the match, the Celtic boss said: “If it was a big gamble, I wouldn’t do it. I have taken risks all my life and eight or nine times out of ten, they pay off.

“For me, this is not a risk. Ok, it might not be perfect playing Nir there but he has got a good idea of what he is doing, he has got the right profile.

“He will go and attack it, he will head it and he can play football. I don’t see it as a risk. I know his first position is a centre midfield player but I always like a midfielder who can play in that central defensive role and he is perfect for it.”

The match against Astana represented Bitton’s third full 90 minutes in his new position. In those three games – the others came against Heart of Midlothian and Partick Thistle – Celtic have a 100 per cent winning record and have conceded just one goal.

Those are impressive stats, although it’s worth noting that none of the three opposition were considered a serious attacking threat.

Nonetheless, with two of their key centre-backs out through injury, to emerge almost completely unscathed is a positive for Rodgers’ side.

Following the win over Astana, the Celtic manager singled Bitton out for specific praise from the home support. The reaction on social media followed this up, with many fans delighted with the 25-year-old’s performance, some even describing the player’s display as his best yet for the club.

In a summer during which defensive reinforcements have not yet arrived, the Israeli’s new-found versatility is a huge plus for the Scottish side, especially as they look to make more of a dent in Europe this season.

Centre-back is not the only area where Celtic have already found themselves short on natural options.

They were also found wanting for striking replacements when, prior to their previous Champions League clash, against Rosenborg, they were without both Moussa Dembélé and Leigh Griffiths. 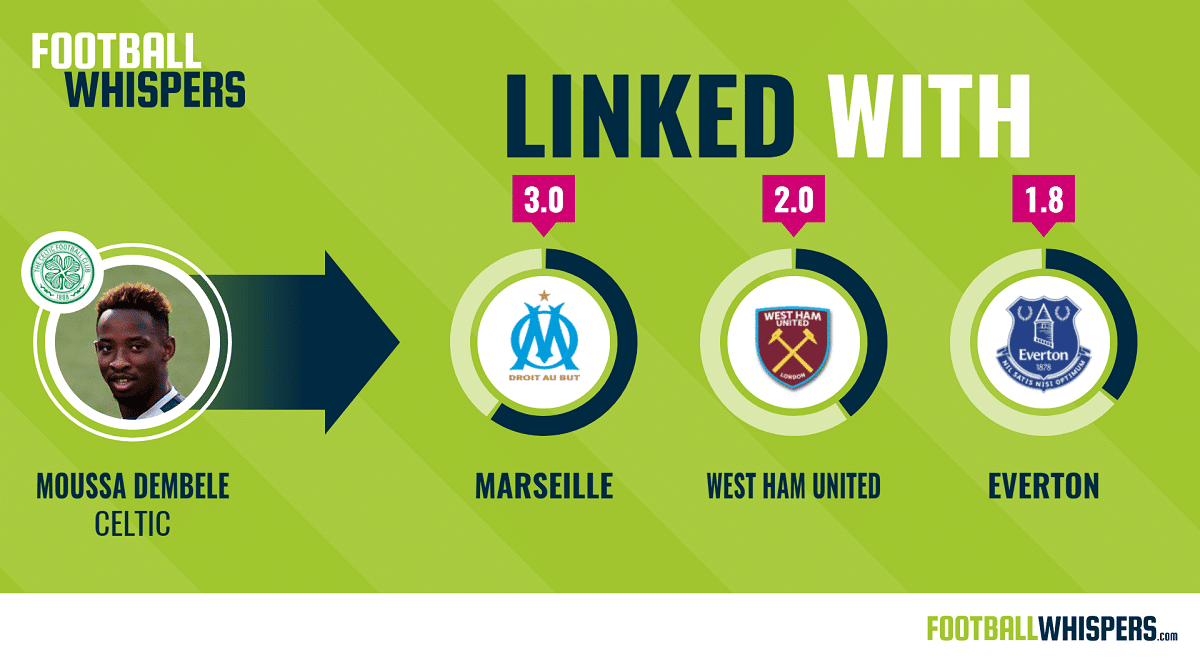 Tom Rogic played in a more advanced role than his usual attacking midfield position for the first leg of that tie, while nominal wide man Forrest stepped into the same role for the second leg – the Scotsman scored the winner that ensured progression to the current stage of qualifying.

While these experiments were forced upon him through injuries and suspensions to his first choice strikers, Rodgers has always shown an interest in tactical innovations, whether in the form of new team shapes or alternating an individual’s role within those shapes.

Perhaps unsurprisingly it was during his time as Liverpool manager that he showed the greatest range of experimentation.

With larger resources than he had before or has had since, he switched systems many times, even bringing in the 3-4-2-1 several years before it became fashionable in the Premier League thanks to Antonio Conte’s Chelsea.

Rodgers also trialled out players in unnatural positions, with one of the most obvious examples being his usage of Raheem Sterling as a wing-back within the aforementioned 3-4-2-1 system in an attempt to take full advantage of the attacker’s speed and skill in areas of the pitch where he could become more isolated.

So, when it became apparent that he would be without Sviatchenko and Boyata, the Celtic boss was undoubtedly itching at the opportunity to meet the challenge head on with his full array of tactical schema.

And his trialling of Bitton at the heart of defence has been a positive one thus far.

With club captain Scott Brown in the holding midfield role and an abundance of offensive central midfielders including Stuart Armstrong, Callum McGregor and Olivier Ntcham fighting for the other two other berths in Celtic’s 4-3-3, Bitton may be wise to try and make his switch to centre-back a permanent move.

If he shows the necessary quality and consistency in the role, he could retain it even when Sviatchenko and Boyata return from their spells out in September and October respectively.

Bitton brings a number of new, positive aspects to Celtic’s back line. As a midfielder, he is more composed on the ball and technically better than any of the club’s natural centre-back options.

This was seen against Astana, where he was often the player chosen to progress possession into the middle or final third with passes over various distances.

Thus, the new role makes good use of his control and passing range, while it also enhances the quality of the Scottish champions’ build-up of possession from the back.

For a team that, at least in domestic action, expects to dominate the ball against every opponent, this is doubly important.

Defensively, Bitton has also displayed the necessary tactical intelligence to adapt to a deeper position. Against Astana he covered his team-mates well when required, took up good positions and made full use of his aerial ability to win multiple crucial headers.

Perhaps the only concern with the 25-year-old operating at centre-back is his lack of mobility. Should he make a mistake with a pass he could be susceptible to one-on-one situations, and he may struggle to recover adequately.

In addition, teams with fast forward lines will no doubt look to exploit this through incisive counter-attacks whenever possible.

Those issues may come up assuming Celtic progress to the Champions League group stage. However, Bitton’s awareness, physicality and quality on the ball make him a solid stand-in at centre-back nonetheless.

The real challenge for the player will be making the berth his own once Sviatchenko and Boyata become available again.