For those who once heard Martin Tyler shriek ecstatically as Sergio Agüero fired home a last-gasp goal to seal the 2013/14 Premier League title for Manchester City in the most dramatic fashion possible, the idea that the Argentine striker could someday be deemed surplus to requirements is a strange, almost ridiculous one.

Icons tend to have amnesty when it comes to poor form, so surely no goalless streak would be enough to jettison such a crucial figure in the Citizens’ recent history? Yet, at the beginning of 2017, it seemed such a scenario was not far away.

Gabriel Jesus left Palmeiras for Manchester City in January. The deal was reported to have involved a sizeable £27million transfer fee, and the contract signed tied the player to the Premier League side until 2021.

It didn’t take long for the Brazilian to make a genuine impact upon his new team. His first appearance came, days after his arrival, as a substitute in the 2-2 home draw against Tottenham Hotspur. His first start came one week later, in a 3-0 FA Cup victory over Crystal Palace. Then, a few days after that, he scored his first goal in the 4-0 league win away to West Ham United.

Jesus looked a natural in Manchester City light blue. He thrilled supporters with his potency, evincing a combination of classical samba skill and intense speed and athleticism. And, after scoring his first, he couldn’t wait to find the net again, hitting two in a win over Swansea.

The double against Swansea saw the attacker score his first goals at the Etihad, his new home stadium, in front of his new home fans. Curiously, the opportunity didn’t come about due to an injury to Aguero. Rather, Agüero was left on the bench.

Understandably, this led to speculation that this icon, this scorer of title-winning goals, was on his way. Rumours of a move to Real Madrid came to the fore, with speculation suggesting the hitman was in the frame to succeed Karim Benzema atop Zinedine Zidane’s attack.

However, the January transfer window came and went. Agüero remained a Manchester City player. Only now, his circumstances were entirely different. After years thriving in his just legendary status, his place in the starting lineup seemed to be under threat.

His manager, Pep Guardiola, was keen to clarify the situation, stressing his star striker’s continued importance to the team.

“I understand the debate but there is no doubt about the quality of Sergio,” he said.

“Sergio remains the most – or one of the most – important players in our squad … He’s played in all the games except one…for a tactical decision and one when he’d come back from Argentina. The other games when he was not banned he always played – and played good.”

Agüero justified his manager’s faith following an injury to Jesus in February. Since then, the 29-year-old has scored a remarkable 15 goals in 17 appearances across all competitions. 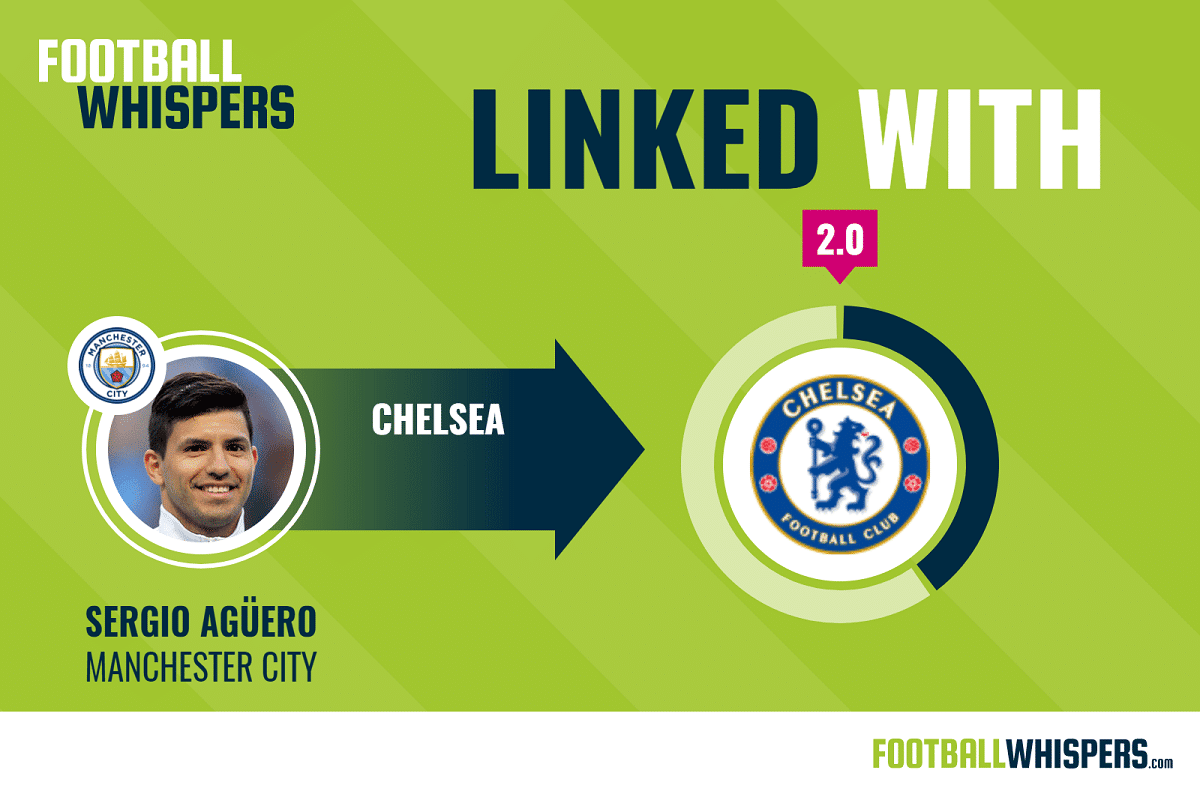 This included a streak of scoring in six consecutive appearances. And in that period he also set up five goals for team-mates.

Yet, in spite of this upturn in form, the player seemingly remained uncertain of his future in the side.

“Of course Gabriel’s a very good young player … I know there will come a time when I have to step aside,” he stated upon Jesus’ return from injury.

“I’m happy he’s back now and that means I’ll have to be much more focused and alert when I play. If I have to start on the bench once again, I’ll have to accept it. That’s football.”

Those comments came after the 0-0 draw in the Manchester derby, a frustrating match that saw Agüero fire over with a number of attempts. But, Guardiola, rather than rotate his two key strikers, opted to experiment with them as a partnership.

For the trip to face Middlesbrough, Aguero and Jesus started together up front in a rough 3-4-3 formation that saw Belgian playmaker Kevin De Bruyne operate just behind them.

And play together they did. And while the result – a 2-2 draw – may not have been what was needed or wanted at such a crucial juncture in the season, the performance of the two strikers together offered up a fascinating vision of the short-term future.

The duo tantalised early on, with Agüero nearly supplying his team-mate with a dangerous driven cross across Middlesbrough’s penalty area. The Argentine then scored from the penalty spot before, late in the game, teeing up Jesus to head home a second equaliser and secure Manchester City a point.

Originally viewed as a rival, Agüero may not viably consider Jesus a partner. Theoretically, this could bring several benefits to Guardiola’s front line.

The duet should allow Agüero to focus more on providing cut and thrust in and around the final third, with Jesus offering greater pace, trickery and movement behind him.

And, while the former drags the opposition’s central defenders with him, the latter could look for gaps, making runs from deep to exploit the space created by his more advanced, poaching partner.

In addition, Jesus could aid Agüero in defensive duties when it comes to pressurising the opposition’s defensive line in their build-up of possession. Guardiola himself commented on this aspect of the Brazilian’s play, saying that, “He's aggressive. The midfield players, the second line, can just look at him to know how to go to the press.”

Manchester City midfielder Aleix García told the club’s official website of his delight at the two strikers working together on the pitch, stating: “They are going to give us a lot of happiness in the future.”

However, considering the age difference, this duet – while potentially highly effective – is unlikely to be a long-term one.

Agüero recently turned 29 years old and next season will be his 14th full campaign of top-level, first-team football. As such, it’s hard to imagine that decline, if it hasn’t arrived already, isn’t on the horizon.

But, fortunately for Manchester City, when one icon departs, another should be ready to fill the void. Jesus is only 20, and this is only his third year of competitive football at senior level. He represents the future, and the future is enthralling.