Mozambique makes the trip to Stade Omnisports Stadium to face Cameroon for their next engagement of World Cup Qualifiers on Friday, October 8. The teams will be eager to collect some crucial points as both of them dropped in their last games.

Here are our predictions for Cameroon vs Mozambique.

Cameroon has not lost the game since the last five duels at the home ground. The host has lost their last game but secured two wins and two draws in the last five matches. On the other end, the visitors, Mozambique are winless from the last four games and faced three defeats in these matches. Cameroon also has managed to take over Mozambique in the last two H2H matches. So it would be easy to predict the victory for Cameroon when they play at home in their upcoming game against Os Mambas.

Both Cameroon and Mozambique are lacking in their offensive tenor and have produced only four and three goals in their respective last five matches. The previous meeting between the teams also ended with a total of two goals. So looking at the given stats, we believe this match will also be a low-scoring one with a total of under 2.5 goals.

Cameroon has been great at the back that managed to keep four consecutive clean sheets before their last match. Both teams have failed to score in two of their last five matches. But the Indomitable Lions have huge numbers against their next visitors by scoring six in two meetings while Mozambique scored only one. Cameroon was the only team on the scoreboard in the last duel of the teams and the same we predict for the coming game with the lead of 2-0 for the host.

Cameroon vs Mozambique: Check out the best odds and the latest stats

The Indomitable Lions are second in their group D and have one win and one defeat in the group stage of WC Qualifiers so far. They gave an early lead of 2 goals to Ivory Coast and lost the game 2-1, but seem confident to rediscover their positive outcome in their coming game.

Os Mambas are still waiting for their first win in the WC Qualifiers and find themselves at the bottom of Group D. The lack of scoring ability has been the biggest problem for them in recent matches and against Cameroon as well. They lost their last game 1-0 to Malawi.

Questions About Cameroon vs Mozambique 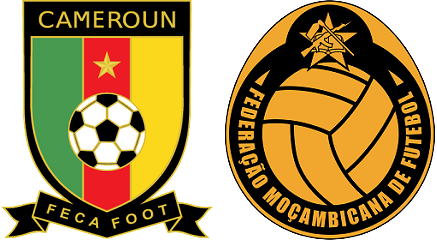 Where is the game being televised? TV3 Sport and Viaplay.