Where will Cameron Jerome be plying his trade when the season starts? After a difficult year at relegated Norwich City, rumours suggest that the forward still has a number of options available to choose from.

Aston Villa and Middlesbrough are rumoured to be interested, and he’s also been offered a new deal with the Canaries if reports are to be believed.

The striker scored just three goals in 34 league appearances last season, drawing the anger of a section of the Norwich support. One in ten is actually better than his overall ratio, but it’s clear that his team lacked the goals needed to survive a relegation scrap.

Jerome has made just over 200 appearances in the league over the years, and he has 12 goals to show for it. He might not be the most efficient goalscorer, he does offer a different dimension and he’s often tasked with playing on his own in an isolated role. Nonetheless, his record just isn’t good enough overall.

Jermain Defoe at Sunderland only seemed to underline the point that a clinical finisher can mean the difference as they leapfrogged Norwich and Newcastle to safety thanks to his goals.

With his current deal expiring next summer, it’s an important time in Jerome’s career. Does he take a sideways step to help Aston Villa survive in the cut-throat Championship? Does he rejoin Middlesbrough as they attempt to make it in the Premier League?

There’s also the possibility that he’ll stick with Norwich City, which would make sense after the Canaries refused make him a scapegoat last season. The last time they were in the Championship Jerome had a fruitful season, which included scoring the winner in the play-off final against Middlesbrough. 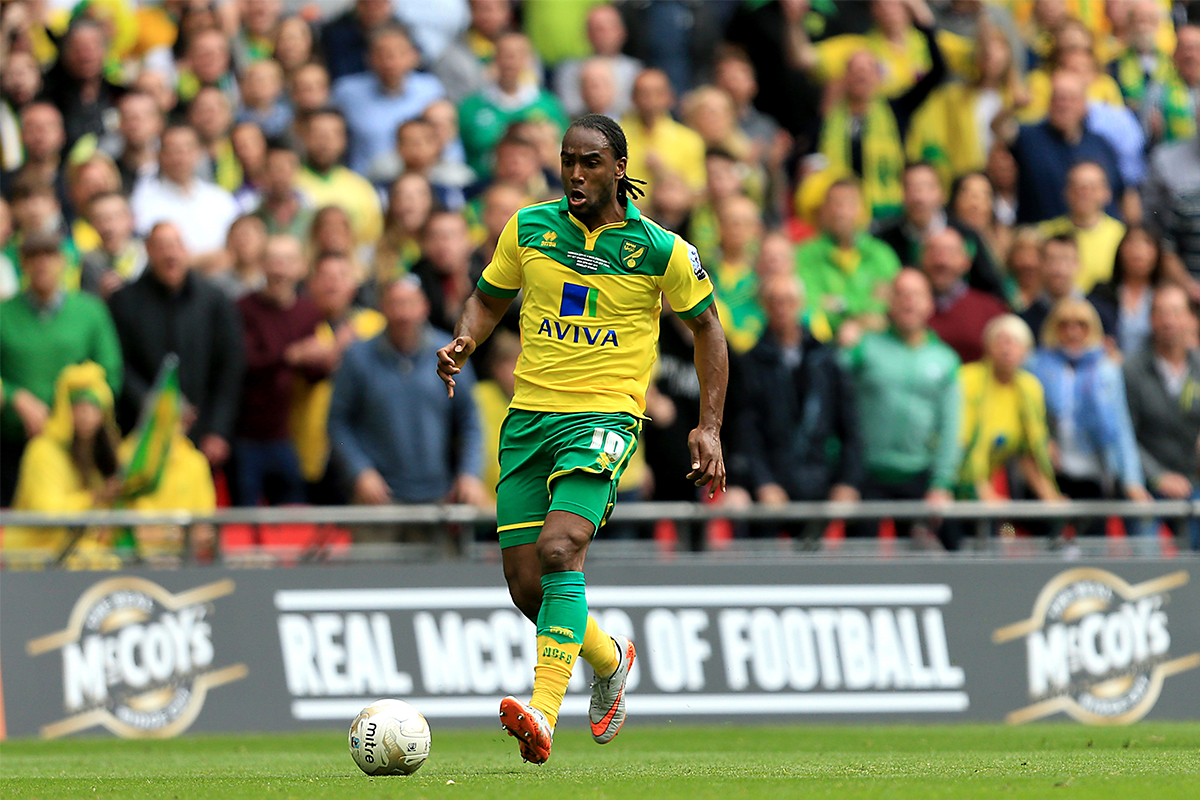 It would make sense to hold onto the striker for a season as they attempt to bounce back at the first opportunity. Middlesbrough have also been linked with a move since December, when Norwich City manager Alex Neil decided to make his feeling clear on the player and any potential move:

“I am surprised. I haven’t heard anything about [the transfer], Cameron is one of our strikers who has played quite a lot of games for us. He is an important part of the squad for us. That is the first I have heard of that. Off the top of my head at the moment Cameron is an important player and we are not looking to let our best players leave. That is the situation.”

(It’s worth noting that he didn’t score for the next fifteen games, but it seems like the club are willing to keep the faith.)

Jerome is 29, and he might not get the chance to play in the Premier League again if he doesn’t go to Middlesbrough. He might not have taken the league by storm over the years, but he does continue to get picked for a reason.

His overall contribution and workrate are often overlooked, but there’s no denying that his goalscoring record just isn’t good enough for a struggling club to rely on him to drag them out of trouble. (In the Premier League, at least.)

Would it be a mistake for the Boro to bring home their former player? Norwich got relegated after relying on Jerome to lead the line in the Premier League, and history suggests that he probably won’t get more than 10 goals next season. (Statistically, he would get roughly two in 40, but we all know that stats don’t always tell the whole story.)

Aston Villa are in dire straits at the moment, and the signing of an established striker like Jerome would be a statement of intent for the fallen giant. Championship football won’t be the most attractive prospect for a player who has spent the majority of his time at the top, but it could offer another route back up to the promised land.

Then again, it would probably be a mistake for any club to rely on him alone in the Premier League.

As for Norwich City, they’re distinctly light up front at the moment. It looks like they might give Jerome another opportunity to prove his worth, and it could work out well for both parties.

While it’s true that some fans vented their frustrations at the forward, others were appreciative of the way he continued to persevere during a difficult season, and there’s no doubting his commitment to the cause. He would still have a lot to offer at that level, and he’s already settled in the team. Would it really make sense to move on?

No matter where he ends up it’s clear that goals will be the best way to silence the critics. The Championship is probably the best place to get them, but every player wants to play at the highest possible level.

Einstein said that the definition of insanity is doing the same thing over and over again and expecting different results. Will Middlesbrough be willing to take the chance on breaking the cycle?

Jerome may not have what it takes in the top flight, but he would still be vital for any of the trio of clubs that are known to be interested in securing his services for the future. Keep checking the index to keep up to date with all of the latest news and developments.

Should Jerome have one more season in the Premier League, or should he focus on putting them away in the Championship? Let us know what you think!