The two opposite sides of the table are meeting this Saturday for what would be their final games for the 2020/2021 season. Stay tuned for the top free betting tips on Cambridge vs Grimsby. If you want to wager on another game, you can check our League Two betting page.

The odds are true at the time of writing but may change without notice. Proceed with caution when placing your final bet. Our recommended bookmaker for this match is Ladbrokes.

It’s safe to say that Cambridge is the clear favorite in this match-up. The 2nd in the league vs the bottom-placed can never be too competitive. The hosts have the 2nd best attack in League Two, while the visitors have the 2nd worst defense. Head-to-head, Grimsby hasn't beaten Cambridge in over 4 years or 6 meetings. Considering that the 3 points are of great importance for the hosts, it's highly unlikely that they will let any surprises commence.

A lot of Cambridge's games see quite a few goals getting scored. 4 out of their last 10 games have had over 4.5 goals, and two more matches have had over 2.5 goals. Grimsby on the other hand isn't doing too bad when it comes to scoring. The club has failed to find the net in only two of its last 10 matches, despite being at the 24th position.

Paul Mullin to Score at Anytime

The Liverpool-born striker has had a massive impact on Cambridge’s 2020/2021 campaign. Mullin hasn’t missed a game from this season, which sums up to 45 appearances so far, in which he has contributed to 34 goals. 30 of them he scored himself. For a forward player, there would be nothing better than getting on the scoreboard one last time at the end of a successful campaign.

Cambridge vs Grimsby: The most important stats on one place

For your enjoyment, we’ve compiled the necessary stats to get an overview of the match-up.

Sitting at the 2nd spot, looking at direct League One promotion, there is a certain scenario in which Cambridge falls off the top 3. For this to happen, Bolton and Morecambe both have to win their games, while Grimsby steals the 3 points from Cambridge. It doesn't even seem that impossible, however, Grimsby's victory will be the weakest link.

Statistically, it cannot be better for the home side, so there shouldn’t be too much pressure backing them up against this opponent. Grimsby has no way to escape the relegation zone anymore, so there is no incentive in even trying hard at this game. 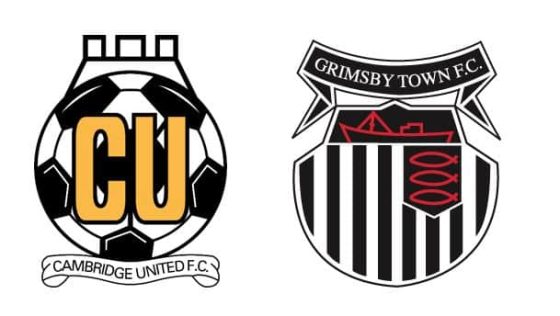