Last season, both of these teams narrowly avoided relegation and they will be hoping to secure a more comfortable mid-table finish in 2022. Spezia avoided defeat against Cagliari in both of their Serie A games last season and as the visitors on Monday night, they will be aiming for a repeat performance.

Spezia are unbeaten in their last three games against Cagliari and secured a 2-2 draw at this very ground last season. Both clubs progresses into the next round of the Coppa Italia last weekend and we're backing the pair to cancel one another out on Monday. Just 2pts and one place separated these two teams last season and it was Spezia that just managed to finish above Monday's hosts.

Both teams have scored in four of the last five meetings between Cagliari and Spezia in league and cup, so you can see why we're not backing either side to keep a clean sheet on Monday evening. Cagliari have only failed to score in one of their last five matches and both teams scored in each of the pair's Coppa Italia ties last week, which were against lower league opposition.

As for a final scoreline, we're backing Monday's match to end in a 1-1 draw. Spezia had the edge over Cagliari last season and both teams have started the new campaign with victory in the cup. Spezia don't often win on the road but they are more than capable of securing a few draws and this is a fixture that more often than not, produces goals at both ends of the pitch.

Everything you need to know about Cagliari vs Spezia

A close and competitive 90-minutes expected at Unipol Domus

Cagliari ended the last campaign in 16th position and at times looked like they might get relegated. Their fans will be hoping for a much-improved performance all around but that is much easier said than done. However, Cagliari played host to Pisa in the Coppa Italia last week where an own goal from Caracciolo and strikes from Marin and Deiola helped the home side secure a 3-1 victory. Marko Rog is expected to return from an ACL injury soon but won't be ready to face Spezia.

Spezia have no fresh injury concerns or suspended players ahead of the trip to Cagliari and like their hosts, they were successful in the Coppa Italia last week. Spezia scored goals through Erlic, Nikolaou and Colley as they despatched Pordenone 3-1, the perfect preparation ahead of the start of the new Serie A season. The visitors also flirted with relegation in the last campaign but managed to finish a place above Cagliari and take 4pts from their two encounters.

Cagliari vs Spezia – Your Questions 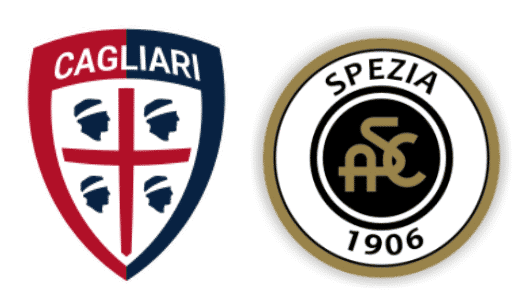