Atalanta look to continue their push for the Champions League places with a win against Serie A's bottom side Cagliari this weekend. The hosts have just 6pts on the board from their opening 11 matches and boast a terrible recent record against Saturday's guests.

Here are our predictions for Cagliari vs Atalanta.

Atalanta have won five of their last six games against Cagliari in all competitions, securing not only the domestic double over Saturday's hosts last season but also knocking them out of the Coppa Italia. Both teams scored in two of the pair's last three meetings in 2020/21 and three of Cagliari's last five fixtures along with each of Atalanta's last six outings have also ended with both teams getting on the scoreboard.

We're expecting goals in this game, mostly going the way of the visitors. Over 2.5 goals have been scored in three of Cagliari's last four fixtures, while five of Atalanta's last six outings have also witnessed at least three goals scored. Atalanta claimed 3-1 and 5-2 wins over Cagliari last season, so you can see why we believe there will be goals in this game.

As far as a final scoreline is concerned, we're backing a comfortable 3-1 win for Atalanta. Cagliari sit bottom of the table for a reason and while they do have goals in them, their defensive record is poor. Atalanta have won 3-1 and 4-1 in two of their last three away games and the visitors aren't a side that worries too much about clean sheets as they know they can outscore most of their opponents in Serie A if they play anywhere near to their best capability.

Cagliari up against the odds this weekend

Cagliari made the trip to Bologna last weekend where despite going in level at the break goalless, the visitors suffered yet another defeat. An early goal in the second half proved to be a big setback for Cagliari and as the visitors pushed for an equaliser late on, Bologna hit them with a sucker punch and made it 2-0. Cagliari need to do something about their poor defensive record if they are going to avoid relegation this season but they do have some hope in the form of Joao Pedro who already has 6 Serie A goals to his name.

Atalanta played out a thrilling 2-2 draw at home to Lazio kast time out and had to twice come back from losing positions before securing a share of the spoils. Pedro put Lazio in front in the 18th-minute and Zapata equalised in first-half stoppage-time. In the second half, Immobile restored Lazio's lead with 16-minutes left on the clock and Atalanta left it until deep into stoppage-time to rescue a point via de Roon. If they can outdo Roma's result this weekend, Atalanta will move into the top four which is where most expected a squad of their quality to be competing this season.

Cagliari: Henrique, Walukiewicz, Rog, Ceter and Ladinetti are the injury concerns for the home side this weekend.

Atalanta: Palomino returns from suspension but Pessina, Gosens and Hateboer are all struggling with injuries. 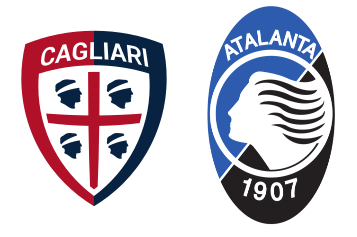