Rayo Vallecano and Cadiz collide at the Estadio de Vallecas in La Liga on Saturday, October 22nd. Vallecano are hoping to push their unbeaten streak at home to four games when they take on Cadiz. Read our free predictions and find the latest odds for the fixture below in our detailed match preview.

Rayo Vallecano have collected seven points from the last nine on offer ahead of their tussle with Cadiz on Saturday. Read our top predictions for this weekend’s fixture below.

Rayo Vallecano have struggled to find consistency in the main this season, though they have managed to string a few good results together at home in recent weeks as evidenced by their haul of seven points from the last nine on offer. Another victory at the Estadio de Vallecas could be in the offing on Saturday when Rayo host a Cadiz side that has won just once in ten attempts this term and with home advantage likely to be key, we recommend siding with Andoni Iraola’s team.

Cadiz are La Liga’s lowest-scoring team with just four goals in ten games this season, though the relegation candidates have been working hard to offset their lack of thrust in the final third with better defensive work. As a consequence, four of their last five fixtures in the league have featured under 2.5 goals and margins should be just as slander when Cadiz visit Rayo Vallecano on Saturday. Rayo haven’t notched more than twice in any league assignment since the summer, so back under 2.5 goals to hit the net again here.

Top Betting Odds and Stats for Rayo Vallecano vs Cadiz

Check out our list of the best stats for Saturday’s game below alongside a tool to help you choose the top odds.

Read all of the latest injury updates and team news for Saturday’s La Liga meeting between Rayo Vallecano and Cadiz below.

Defender Ruben de Tomas is still out with a groin injury for Rayo Vallecano, while attackers Oscar Trejo and Andres Martin are considered doubtful. Rayo earned a confidence-building point at Atletico Madrid in their last match following a 1-1 draw in the capital.

Cadiz have a clean bill of health ahead of the weekend with no fresh injuries to report. The relegation favourites are unbeaten in five games in La Liga, though the last four of those contests ended all square. No team in the division has scored fewer goals this season than Cadiz. 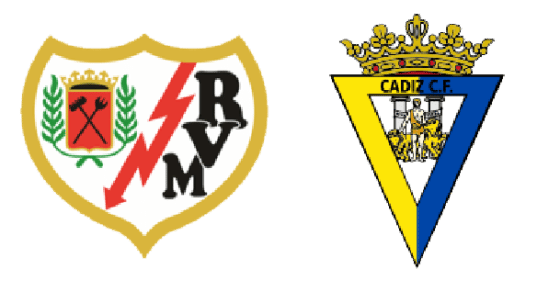 Real Madrid are the current leaders in La Liga.