Non-League outfit Buxton host Morecambe from League One in the second round of the FA Cup. Can the Bucks spring a surprise in the cup this weekend? Read our expert predictions and find the latest odds for the game below in our match preview.

Morecambe travel to Derbyshire to take on Buxton at The Silverlands in the FA Cup. Find our top three predictions for the contest below.

Buxton have had to navigate seven separate fixtures to set up their FA Cup round two clash with Morecambe this weekend, and the Bucks should provide a tricky test to their out of form opponents from League One on Saturday. The Shrimps have failed to win ten of their last 12 assignments in all competitions, while Buxton have been beaten just twice in 26 fixtures. With those records considered, we recommend siding with the hosts in the double chance market.

Eight of Buxton’s last 13 matches have produced over 2.5 goals and the consistent entertainment level in their games lends itself to a punt on the same market this weekend. It’s worth noting that 100% of Morecambe’s last seven fixtures rocketed past the same over 2.5 total line – mainly due to the leakiness of their defence – and we expect the goals to flow again at The Silverlands on Saturday.

Remarkably, Morecambe have failed to keep a single clean sheet in all 11 of their away matches this term, though they have managed to strike back at the other end on most occasions. Indeed, both teams rattled the net in a massive ten of their 11 away contests since the summer and such promising BTTS numbers are worth taking advantage of in the markets this weekend.

Buxton manager Steve Cunningham has only been in the hotseat since early November, though the new Bucks’ boss has already made a positive impact, leading his team to three victories, a draw and just one defeat in his first five games in charge. One of those wins came in a 1-0 triumph at York City in the previous round of the cup, where striker Diego De Girolamo scored his 5th goals in his last three FA Cup appearances.

Morecambe have been playing like relegation candidates this term and their 4-0 reverse at home to MK Dons on Saturday was their 10th defeat in 19 matches in the division. The Shrimps will hope for some respite in the cup, though a date with in-form Buxton won’t be an easy fixture to negotiate. Morecambe edged out Newport in the previous round of the competition, though a place in third round is far from guaranteed. 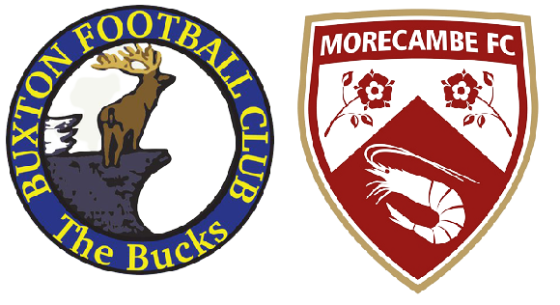 Buxton and Morecambe have never met competitively before.

Morecambe have been priced as favourites to beat Buxton this weekend.