It's the end of the season as two mid-table sides in mixed form meet. It's the stuff that makes predictions tough. Who are we backing to emerge as winners? Find out with our Burton vs Gillingham match preview with free tips, predictions and odds mentioned along the way.

Burton to build momentum ahead of next season

This game might be a non-event in terms of impact on the league but Burton have big aspirations for next season and they'll be looking to finish the season strongly. They are fresh off the back of a comprehensive win over Fleetwood too, meaning confidence will be sky high. Gillingham have only managed a solitary win in their last five with a draw against Northampton last time out hardly a convincing result. Finally, Gillingham haven't beaten Burton since January 2019 with Burton winning the last meeting between these two in January this year.

When you look at the home form of Burton and the away form of Gillingham you'll find a similar pattern in that three of each sides respective last five games have seen a minimum of three goals. Burton's game average in that time is 3.2 with Gillingham washing through at the same level. Their season long averages both sit comfortably over 2.5 too; that's Burton with 2.9 and Gillingham with 2.7. Seven out of 10 of the last head to heads have ended with three or more goals too.

Both sides to make the net bulge

The logic of our final prediction isn't too dissimilar to the last in that these two sides tend to be involved with games that have goals in them. Of the last 10 Burton home matches six of them have seen both sides register on the score sheet. That is also true of Gillingham but in respect of their form away from home. If you need more recent reassurance then it's four of five for Burton whilst Gillingham's last five is more fine balanced as three games with both teams scoring and two without. The head to heads give us a good indication again too; six of the last 10 have seen both teams bag goals.

A mid-table clash full of goals

As dead rubber games go this meeting between Burton and Gillingham should be an entertaining affair. Both teams know where the goal is and neither are overly adept at closing the back door, which means we could be in for a goalfest. Between them this season their games have seen 248 goals; here's hoping Saturday serves up more of the same.

Burton vs Gillingham: A quick Q&A 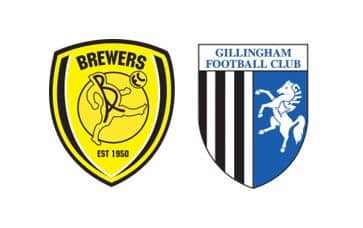