Burton were staring relegation in the face not too long ago. Now a win against Fleetwood could put them in with a chance of a top half finish. Who will win this mid-table match though? Find out with our Burton vs Fleetwood match preview with free tips, predictions and odds mentioned along the way.

Burton vs Fleetwood: Our top predictions

Fleetwood to come out on top

Burton would have torn their arms of for a nothing game at this stage of the season a few months ago. It doesn't mean they'll want to lose this game though but, unfortunately for them, we think they will. Burton have only won one of their last five home matches having lost three. Fleetwood's away form is the polar opposite with three wins and a draw included in their last five. Of the last five meetings between the pair Fleetwood have the edge too having won three and lost two.

Not the greatest for a neutral

For a minute, forget what the result of the match might be. Instead pour your focus onto the overall goals the game might see. The statistics associated to recent results lead us to the conclusion that it will be a low scoring encounter. Burton have seen 11 goals across their last five matches, which means they're averaging 2.2 per game with their last three all coming in less than 2.5. Fleetwood have a season long game average of 1.9, which is the lowest in the league. It's an average that holds up reasonably well to their recent results too with four of their past five ending with less than three goals and an average of a lowly 1.6.

With a somewhat cagey match already predicted it will perhaps come as little surprise that we end our tips suggesting Burton will end up with fewer than 1.5 goals to their name. It's a well supported prediction too. Their last three games have seen them score under that level with seven of their last 10 and eight of their past 10 home matches also all seeing Burton score one goal or fewer. Their opponents are no mugs at the back either; they've kept four clean sheets in their past five away games with a total of just seven conceded across their past 10 on the road.

Your pre-match stats for Burton vs Fleetwood

A nothing game but Fleetwood to win

A game between Burton and Fleetwood might not captivate too many neutrals with their mid-table positions but there are plenty of Burton fans who wouldn't have thought it possible when they were fighting a relegation battle just a couple of months ago. If nothing else, we should see a decent game as both teams have nothing to lose.

A FAQ for Burton vs Fleetwood 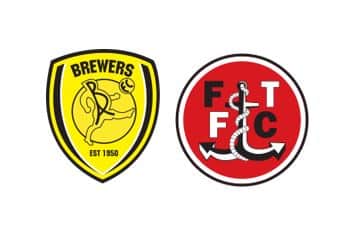