Two teams desperate for points in a bid to escape the clutches of relegation from the Premier League this season go head-to-head on Sunday. Burnley have drawn their last four home games and their guests have been playing out a lot of stalemates in recent weeks, so we're expecting a tight and tense 90-minutes between the pair this weekend. Read on for our prediction for Sunday's Premier League clash between Burnley and Newcastle.

Three of the last six encounters between Burnley and Newcastle have seen both teams score. each of Burnley's last four outings in the Premier League and four of Newcastle's last six matches have also ended with both teams getting on the scoreboard.

Burnley have drawn their last four home games against Arsenal, Leicester, West Brom and Fulham while four of Newcastle's last five outings in the Premier League have also ended all square, so you can see why we're backing another stalemate on Sunday.

All the stats and odds for Burnley vs Newcastle

Burnley suffered a 3-2 defeat at Southampton last time out but return to more familiar surrounding this weekend to face Newcastle. The main concern for the hosts this weekend is the sheer amount of draws they have been playing out a Turf Moor of late. Five of Burnley's last six home games have ended in stalemates and considering the amount of draws Newcastle have been producing of late, we can probably expect these two sides to cancel one another out on Sunday. Brady, Pieters and Barnes have been ruled out of the game against Newcastle, while there remain doubts over Bardsley and Long.

Newcastle secured a decent point at home to Tottenham last weekend but need to start turning more of their draws into wins if they are to avoid relegation this season. Four of Newcastle's last five league games have ended all square, with the Toon Army claiming a point against Aston Villa, West Brom, Wolves as well as Tottenham since late February. Hayden and Schar will both miss the trip to the North West, but Carroll, Fernandez, Fraser and Wilson could all make a welcome return for Steve Bruce's side. 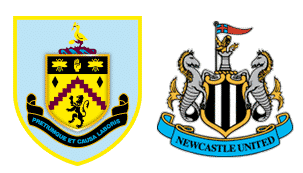