Burnley vs Man City: The Predictions

Man City face a potentially tricky away game against relegation battlers Burnley in the Premier League this weekend. The polar opposite footballing cultures within both clubs could make this game very close and competitive, despite the fact that City are the clear favourites to win the game with all the bookmakers.

Manchester City haven't lost against Burnley since 2015 and have won each of their last nine games against Saturday's hosts, keeping eight clean sheets in the process. Burnley head into this weekend's game on the back of three straight defeats without scoring a single goal, while Man City have won four of their last six matches and have kept four clean sheets during that period.

All you need to know ahead of Burnley vs Man City

Burnley made the trip to Brentford for a crucial relegation 6-pointer before the international break. The game itself was very tight and tense throughout and appeared to be heading for a goalless draw until the 85th-minute when Toney broke the deadlock after good work from Eriksen. Brentford confirmed all 3pts in stoppage-time when Toney converted a penalty to make the final scoreline 2-0. That defeat leaves Burnley sitting second from bottom and 4pts from safety but a win this weekend would provide a huge boost to their survival chances.

Man City would have been expecting a tricky game away at Crystal Palace after losing against them at home earlier in the season. The home side worked really hard and deserved the point they eventually secured with the game ending 0-0. Man City had chances to win the game but didn't take them and now the pressure has been increased after Liverpool won their last game against Arenal to move to within a point of the league leaders.

Burnley: Collins is suspended, while teammates Pieters, Mee, Vydra and Gudmundsson could miss out through injury.

Man City: Dias, Palmer, Ederson and Stones could miss the trip to Turf Moor this weekend. 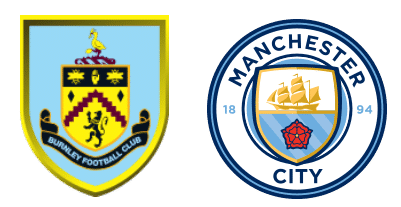