Burnley's home record is poor and on Wednesday they take on a Liverpool side that look to be getting back to near their best at just the right time in the season. With Champions League qualification still a possibility, Liverpool are looking to make it four wins in the run against Burnley and will move into 4th spot if Chelsea drop points in their game.

Read on for our full match preview and prediction for Burnley vs Liverpool in the Premier League.

Mohamed Salah is chasing the Golden Boot and will view this game against Burnley are a fantastic chance to improve on his tally of 22-goals. The Egyptian striker has been in very good form of late, netting 8-goals in his last 10 games for club and country. Salah is the only Liverpool player to have reached double figures in league goals this season and he stands out as the obvious choice for 1st goalscorer against Burnley.

Both teams have scored in each of Liverpool's last three away games and we're expecting more of the same on Wednesday night. Burnley are poor at home and Liverpool have plenty more motivation for the 3pts and head into the game as the clear form favourites. We don't expect this game to very very close and have backed Liverpool to claim a 3-1 win.

The latest stats and markets for Burnley vs Liverpool

Liverpool to extend winning run at the expense of Burnley

Burnley shipped four goals without reply at home to Leeds in their last game, so Dyche will be demanding a response from his players on Wednesday night. However, the host's form has been poor at home all season and Liverpool appear to be backed to somewhat close to their best, so the odds don't favour Burnley in this game. Burnley did manage to beat Liverpool at Anfield earlier in the season but that was when Klopp's men were going through a really poor run of form and we expect the game on Wednesday to be very different. Pope could return to the squad following injury but Brady, Bardsley and Long will miss Wednesday's clash through injury.

Liverpool will still be without Henderson, Matip, Gomez, Kabak, Davies, Jota and van Dijk on Wednesday but could welcome back Keita, Oxlade-Chamberlain and Milner from injury. Liverpool needed a late goal from their goalkeeper Alisson to rescue a late win away at West Brom at the weekend and will be hoping to get the job done in a much less dramatic fashion on Wednesday. A win could move Liverpool into pole position for the final Champions League spot and rescue what has been a disappointing campaign for the club. 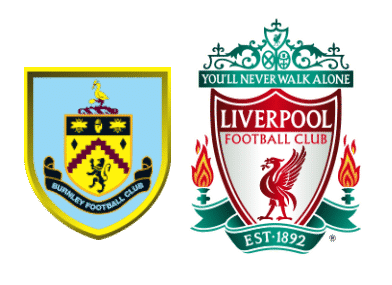