Leeds United’s welcome Burnley to Elland Road to end their four-match winless streak. The Clarets are in worse shape and head into their seventh Premier League fixture in search of a win.

Leeds United have conceded 14 goals in their last three Premier League fixtures whilst sending just three strikes the other way. These statistics will surely put Burnley fans at ease as they arrive at Elland Road. However, confidence will not be that high as they have only scored two goals in four fixtures, conceding four in the process. Four of their last six duels ended with less than three goals and we believe this will be the case again.

Despite struggling for goals in recent weeks, Burnely will be pleased with their defensive output. They have only conceded four goals in four domestic outings. Marcelo Bielsa will have designs to add to this tally and his most potent outlet will be Raphinha. The Brazilian attacker has scored eight goals this season, with three of these coming in his last five outings.

Leeds vs Burnley: Check out the best odds and the latest stats

Leeds vs Burnley: Check out the team lineups

As the 2021/22 season enters its second half, Marcelo Bielsa will be well aware of what's at stake. The Whites have a five-point safety margin and it will likely come under threat given their recent form. Injuries have not helped their cause as first-team regulars Patrick Bamford and Rodrigo are forced to play through pain.

Sean Dyche has been at this stage before and will be questioning why he falls into similar patterns. Heading into Round 21 of Premier League action, Burnely has only accumulated one win this season. However, they have time to catch up with four matches in hand and need to address their slide if they are to survive the relegation battle.

Questions About Leeds vs Burnley 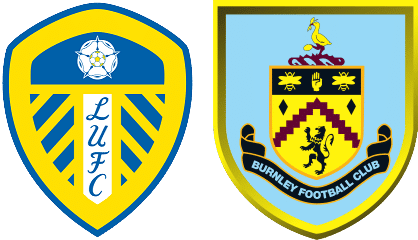 Where is the game being televised? COSMOTE Sport, DAZN Japan and Sky Sport.

Who are the players to watch out for? Raphinha (Leeds) and Ashley Barnes (Burnley).