These two teams drew both of their encounters last season and we're expecting another close and competitive game between the pair this weekend. There is a history of stalemates between these two clubs and we believe another draw could be on the cards in the duo's first game of the new season.

Three of the last four league meetings between Burnley and Brighton have ended in draws and we're predicting another stalemate between the pair on Saturday. Burnley only lost one of their six pre-season friendlies and Brighton have only won one of their last six matches in all competitions, so you can see why we're leaning towards a draw this weekend.

We're not banking on many goals in this weekend's clash as under 2.5 have been scored in four of their last six games against one another. Three of Burnley's last five games have produced under 2.5 goals while four of Brighton's last five outings have also witnessed fewer than three goals.

Two of the last three draws between Burnley and Brighton have ended 1-1and both teams have scored in four of the duo's last five fixtures, so you can start to see why we are going with a 1-1 draw this weekend. Turf Moor can be a hard place to go and the hosts are often known for their strong defensive ability, while Brighton were guilty of not making the most of their chances last season.

Kevin Long and Dale Stephens have been ruled out of this weekend's clash through injury and they could be joined by Matthew Lowton who is currently self-isolating. Burnley should be confident about their chances of avoiding defeat against Brighton on Saturday as the hosts have only lost one of their last six games against the Seagulls. Burnley's big summer signing is Nathan Collins from Stoke who cost around £13m but many fear the Clarets might not have strengthened enough to avoid another relegation battle this season.

Brighton will be without four of their first-team squad for the trip to the northwest and that could seriously hamper their chances of winning the game. Danny Welbeck, Tariq Lamptey, Dan Burn and Alexis Mac Allister have all been ruled out of this weekend's game, the first three through injury and the latter due to his participation in the Olympics for Argentina. Considering the quality of their missing players, Brighton might well be pleased to take home a point from their first game of the 2021/22 season.

Your Questions – Burnley vs Brighton 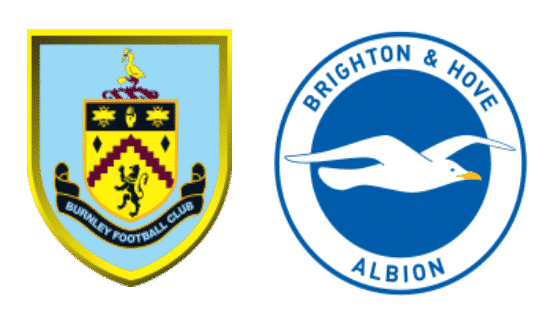